What a difference a day, etc. makes... 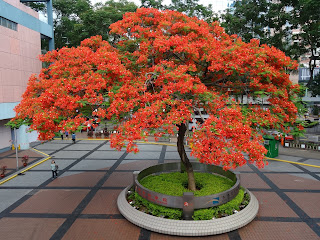 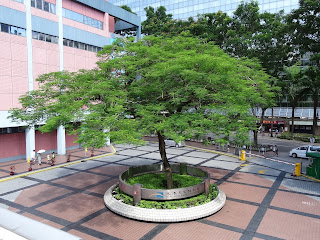 
Earlier this evening, I was in a bar with a friend when a Nirvana song started playing.  He remarked on how his life had changed since he first heard that same song back in 1994; and I got to reflecting on how different my life is from how I envisioned that it would be all those years ago -- and thinking of a 1994 Hong Kong movie in which Dinah Washington was heard intoning "What a difference a day makes...".


The first time I viewed Wong Kar Wai's Chungking Express, I was living in Philadelphia and pretty early into my becoming a "born again" Hong Kong movie fan.  If you had told me then that my future included a move back to Asia and that, come 2016, I'd have spent more than nine years in Hong Kong, I'd have been pretty incredulous -- and would have been more likely to believe that I'd be living and working over on the African continent at what was then several years into the future!


Since 1994, however, I've come to learn that even the best laid long term plans can easily go off the rails and be replaced by very different realities.  Also, that all manner of things and circumstances really can change radically from day to day, never mind month to month, and year to year.  (Among other things, the Midnight Express snack bar and the California bar in Lan Kwai Fong that prominently featured in Chungking Express are long gone; and the nearby Central Market -- where we can assume that Faye Wong's character in the movie went to pick up groceries -- was closed years ago.  Also, I think it'd be fair to say that contemporary Hong Kong cinema is a pale shadow of what it was 22 years ago.)

Thus it is that, as I've told more than one friend in all honesty, whenever I get (invariably) asked at job interviews "Where do you see yourself in the next five years?", I truthfully answer that I no longer plan that far ahead.  Instead, my tendency is to sit down and examine where I am and decide where I want to be every six months or so, and act accordingly.  And for those who wonder: although this may not be the most expected or conventional of answers, I have to say that thus far, every company where I've offered up that utterly truthful answer has -- rather surprisingly, I'd admit -- gone on to hire me! ;b
Posted by YTSL at 11:54 PM