Away from the madding crowd in northwestern Hong Kong (Photo-essay)

On one free weekday afternoon, I decided to go for a walk along the northeastern border of Tai Lam Country Park.  The trail which goes west from the PLA base at Shek Kong is mainly flat and when I had gone on it on two previous occasions, the section leading to Ho Pui village had seemed fairly popular.  So I figured there'd be little harm in going by myself on what would be more of a stroll than a serious hike in the area.

As I walked for hours without seeing another human and got chilled by the unexpectedly loud sounds of the trees blowing in the wind though, I got to realizing that this part of Hong Kong is considerably less traversed on weekdays than weekends.  At the same time, it was interesting to find that quite a bit of what appeared on my circa 2012 Countryside Map of this part of the Big Lychee as cultivated farmland actually had buildings on them; with Pat Heung area villages such as Tai Wo and Cheung Po looking to have a significant amount of growth in recent years -- both in terms of new houses and residents... 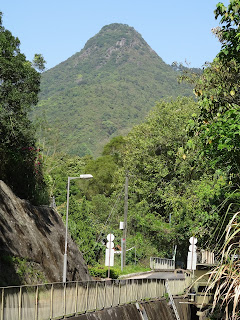 From this vantage point near Shek Kong, Kwun Yam Sham
looks way more difficult to go up than is actually the case ;) 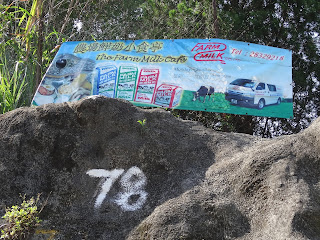 Despite the banner saying it's open daily, I discovered that
the Farm Milk Cafe actually is opened on weekends these days ;( 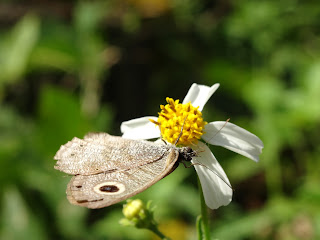 So, okay, there would be no fresh milk or milk desserts along the way...
but I could still enjoy viewing flowers and doing some critter spotting! 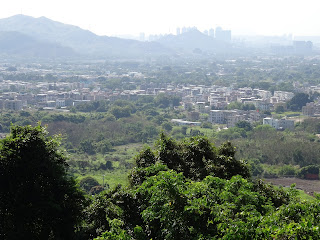 And the views to be had of the surrounding countryside
really aren't too shabby, even with haze in the equation ;) 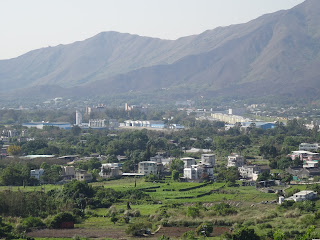 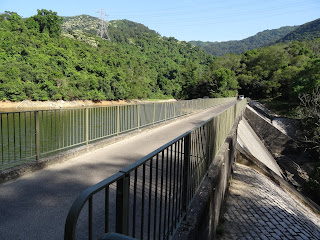 The route passes by two of Hong Kong's irrigation reservoirs 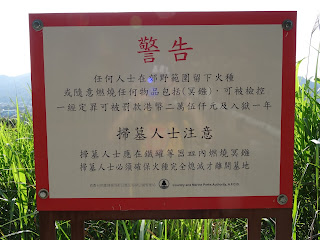 English (still) is one of Hong Kong's official languages but it seems
the assumption here is only people able to read Chinese
would venture into the area where this sign has been erected... :S 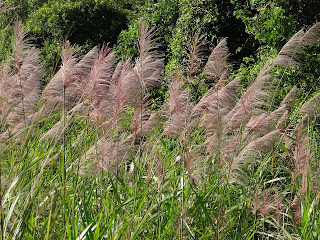 I'm embarassed to admit it -- but after all these years,
I'm still unsure what the plants in the above photo are called
(Wild grass, rushes, sedges -- or something else altogether?)! ;(
Posted by YTSL at 11:59 PM