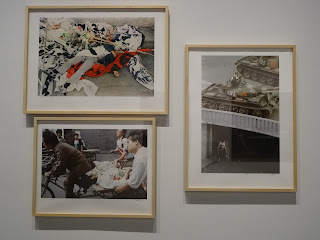 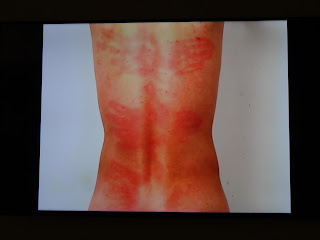 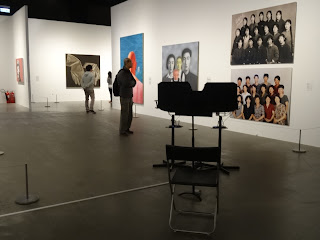 Originally scheduled to open in 2017, M+, the museum of visual culture envisioned as the cornerstone of the West Kowloon Cultural District, will not open until 2019 (at least).  But its curators have been collecting, programming events and otherwise working for some years now.


In 2012, Swiss art collector Dr Uli Sigg donated 1,510 works by Chinese artists from his collection to M+, and sold 47 other works to the institution.  And from February 23th to April 5th, visitors to the M+ Sigg Collection: Four Decades of Chinese Contemporary Art exhibition at the large multi-purpose venue known as Artistree are able to view more than 80 works acquired by way of that "gift/purchase" agreement.

At the time that these acquisitions took place, much was made of Dr. Sigg having chosen a Hong Kong museum (which wouldn't be open for some years) to deal with rather than a Mainland Chinese institution which was already open for business.  After seeing some of the works that he had collected, and have been acquired and put on exhibition by M+, I think it's easy to see that Hong Kong is where they are more likely to be showcased and get a better reception.

The first part of this exhibition -- which has been divided into three fairly equal sized sections -- contains art created between 1974 (two years before Mao Zedong's death and the Cultural Revolution came to an end) and 1989 (whose summer saw certain events unfold in Beijing that we would do well to remember).

In those 15 years, Chinese artists operating on the periphery produced some incredible,  politically charged imagery; this especially when such as the images captured by Pulitzer Prize-winning photo-journalist Liu Heung Shing in the summer of 1989 that have titles like 1989 Beijing Couple Hiding Under the Bridge (which shows two young people on a bicycle under an underpass on which a tank is rolling by) and 1989 Beijing, Sending Wounded Students on Tian'anmen Square to Hospital are included in the mix.

The second section of the exhibition covers the period between 1990 and 1999, when China embraced capitalism (even while still officially remaining Communist), Chinese artists came in from the cold both nationally and internationally, and art in a variety of styles -- some more experimental than others -- and media came to be created.

While the likes of Zhang Huan, with his To Add One Meter to an Anonymous Mountain, looked more intent on testing (flouting?) the artistic freedoms they now had in ways that could be described as provocative exhibitionism, artists such as Song Dong continued to make thought-provoking art with political ideas and messages. Interestingly, the three artists whose 1990s works most caught my eye made use of the human body (often times, including their own).  Actually, in the case of Xu Zhen's Rainbow, I must admit that it was the sounds I heard that made me realize that there was much more to this mesmerizing, even while disturbing, video art work showing the body of a man changing color after being hit several times than what I saw at first glance.

The third and final chapter of the exhibition covers the period from 2000 to 2012.  In honesty, this is actually the section of the exhibition which I was least impressed by, even though it does contain works by famous names such as Ai Weiwei.

Maybe it's because I care less for art that focuses more on individualistic values and meanings than that whose creators appeared more interesting in communicating with their audiences.  Or perhaps it's because I'm actually more familiar with Chinese art from this period, thanks to doing such as attending the annual mega art fairs first known as Art HK and now Art Basel Hong Kong.

Taken as a whole though, there's no question that this exhibition makes one more excited and optimistic about what'll in store just a few years down the road now at M+ for lovers of art and those who value political along with artistic freedoms.  And hopefully, when I do go and visit, I'll see works by my favorite artists from Hong Kong along with Mainland China represented there: i.e., people like Chow Chun Fai, Wilson Shieh, Liu Bolin and Li Wei. :b
Posted by YTSL at 6:51 PM