When I visited Fung Yuen Butterfly Reserve on a warm December day last year, I had interesting chats with a couple of staff members manning its Education Centre, including about the number and types of butterflies that have been spotted in the area.  At one point, one of the staffers got out a butterfly book and showed me images of those he considered to be the reserve's "stars": rare butterflies that the staffers as well as visitors get pretty excited and happy to see flitting about the place.

After I mentioned that I had seen white dragontails about that day but had found it really difficult to take photos of them, the staffer noted that that species of butterfly is really hard to snap shots of because they seem to be always in motion.  Midway through our conversation though, it dawned on me that I did have a photo of a white dragontail seemingly at rest -- taken some time back on a hike to Ma On Shan Country Park's Ngong Ping plateau along the Ma On Shan Country Trail.

Seeing how the man's jaw dropped when I showed him the photo I had taken (which I had saved in my camera's memory card), I realized how unusual my photo is.  Ironically, on the spring day that I went on that hike, I actually had got far more excited at the high visibility we were enjoying -- something that is sadly not as commonplace as I'd like here in Hong Kong but still less rare, actually, than a white dragontail spotting and photographing! ;b 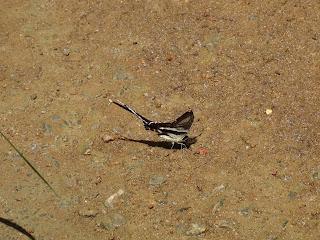 Behold, the photo of a white dragontail that wasn't in motion! 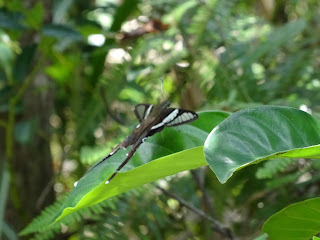 A less clear -- but still cool? -- snap shot of
a white dragontail in flight 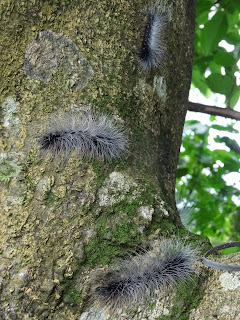 Hairy caterpillars spotted early on in the hike! 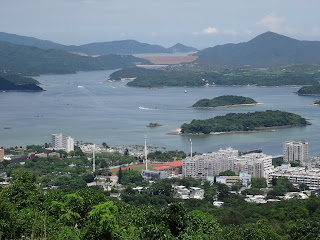 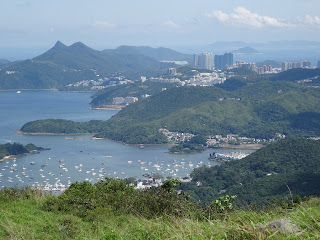 Incredibly, we could see not only High Junk Peak and
Tseung Kwan O but even Tung Lung Chau and Hong Kong
Island from the Ngong Ping plateau that afternoon! :O 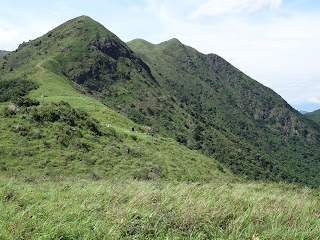 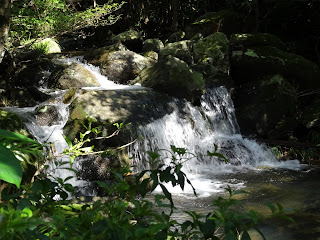 Although I'd hiked along this trail before, I had not
previously seen (or heard) the stream along the way
with so much water flowing along it 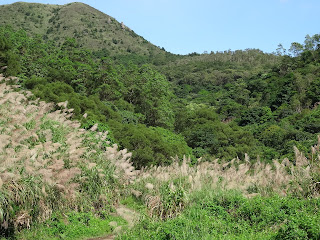 One of the beauties of Hong Kong's having four seasons
is that the scenery viewed on a trail you're on can look quite
different from the previous time you cast your eyes on it :)
Posted by YTSL at 11:59 PM