It's often observed by hikers in Hong Kong that more than one prison in the Big Lychee is located in a scenic spot.  Closer to the truth is that many of Hong Kong's correctional institutions are located in out of the way places -- a number of which (such as those at Cape Collinson and Shek Pik) gets spotted while one's hiking out in the territory's great outdoors.

But even though it's the rare hike that begins just outside the walls of a prison, there is indeed one prison through whose guard post one has to pass through at the beginning of one's the trek.  More specifically, just a few hundred meters north of the Tai Lam Correctional Institution and Tai Lam Centre for Women is Tai Lam Country Park, Hong Kong's second largest country park and one which I've spent many hours happily hiking.  And it was at that trailhead that I began a hike one afternoon that took my hiking buddy and I from the southern edge of Tai Lam Chung Reservoir to Ho Pui Irrigation Reservoir and the village close by from where we took a minibus back to "civilization"... ;b 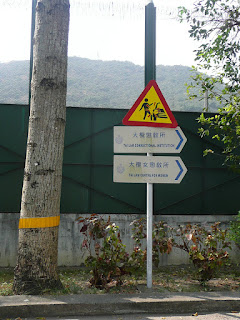 As unlikely as it may seem, a trailhead lies
just a few meters away from this signpost! 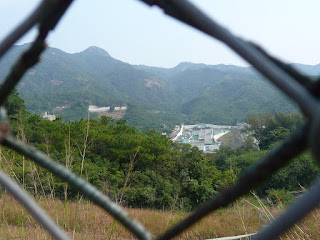 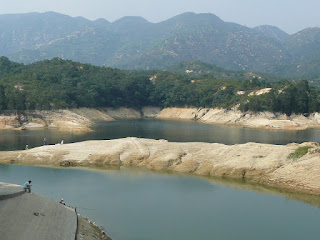 The scenery to be had on the other side of the same wire fence! 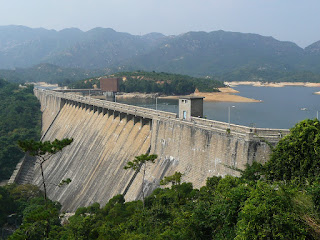 The dam near the correctional institution(s) 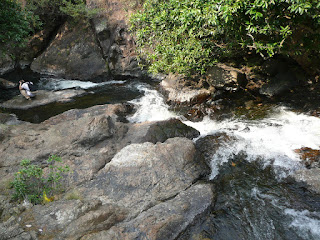 After hearing a roaring sound nearby, my hiking buddy and I
went over to investigate -- and came across this sight :b 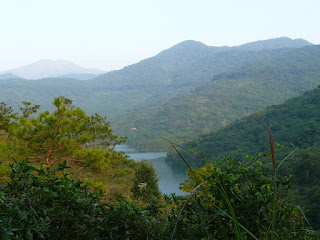 Later on in the hike, we got this lovely view of
Ho Pui Irrigation Reservoir and its green surroundings 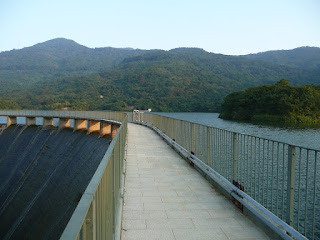 For what it's worth, Ho Pui's gets my vote for
the most scenic small reservoir in Hong Kong :) 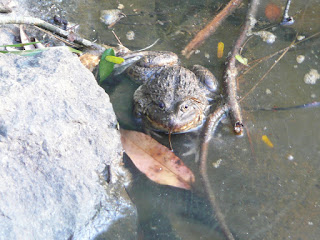 The reservoir at Ho Pui also happens to be one of the few places
in Hong Kong where I've managed to spot frogs, dead or alive! ;b
Posted by YTSL at 10:34 PM