In the eight years or so that I've been hiking in Hong Kong, I've had a number of regular hiking companions.  The first was a Canadian woman who gave me the courage to do such as go up and down The Twins.  Before she returned to Toronto, an American buddy asked if he could go hiking with us, and became my second hiking companion.  And most recently, I've been most regularly venturing into the Hong Kong countryside with another American friend -- this one hailing from the west coast rather than the east, like my other American buddy.

With all of them, I've separately done some hiking in the northeastern section of Hong Kong -- a scenic area that, perhaps because it's quite a bit a ways from Hong Kong Island and the Kowloon Peninsula, not that many hikers look to have ventured into.  And one autumn day, I went with one of them and a friend of his once again along a circular route that began and ended at Wu Kau Tang, a still inhabited village that doesn't look that much changed from a decade or more ago, that I've come to like quite a bit... 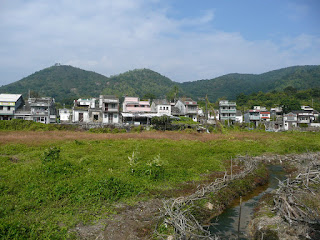 In Wu Kau Tang, there are older and newer buildings,
some of which look abandoned, others of which still show signs of life 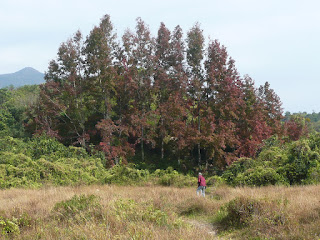 Nearby is a clump of trees whose red leaves attract
visitors to the area around this time of the year :) 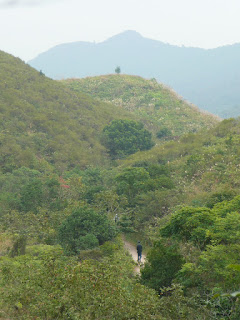 All year round, this is a place where one can be in
solitude and commune with nature 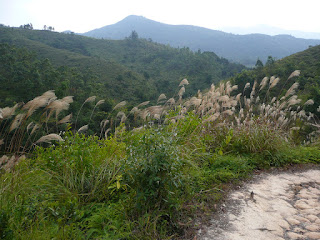 This is the kind of countryside sight that I think
worth going several miles to see and be in the midst of :) 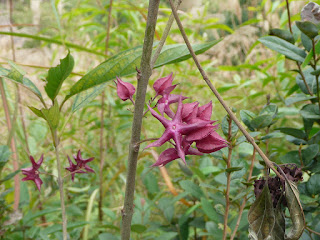 I don't know their name but the sight of these flowers
sure do brighten up an afternoon :) 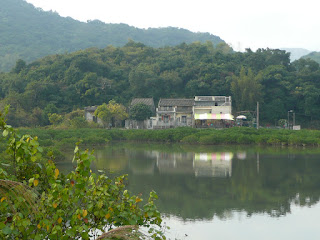 It's hard to resist the temptation to stop for drinks and/or food,
and a welcome rest, at the Fook Lee Teahouse at Sam A Tsuen 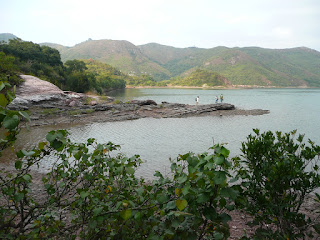 The shoreline of Double Haven is beautifully scenic,
and another place that's tempting to tarry a while at 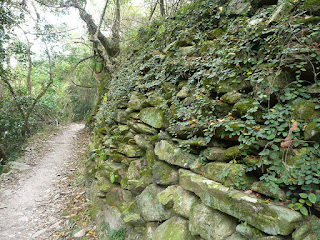 At the same time, there are plenty of abandoned dwellings
that attest to this section of Hong Kong being
nicer to visit than to live long term in! ;b
Posted by YTSL at 11:59 PM