The hike I went on with two friends one afternoon began at a place (Tsuen Kam Au) which I've been to lots of times already and ended in another section of Hong Kong (Ho Pui) which I've become pretty familiar with.  However, none of us had previously been on much of the trail we went along -- marked on the relevant Hong Kong Countryside Map as a clear line (denoting that it'd be easy walking) but turning out to be steeper and more slippery than I had thought it would be!

Worse, we actually were going downhill on that trail rather than uphill -- and while it does take more energy to go uphill, my experience is that one has to exercise quite a bit more care when going downhill.  As a result, this was one of those hikes where I took way fewer photos than usual. Indeed, it wasn't until we got to Ho Pui Reservoir that I felt able to go into major camera clicking mode, which was just as well since it really was the most photogenic area we passed through during our trek... ;b 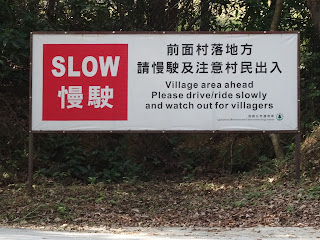 Early on in the hike, we were provided with a reminder of there being
village enclaves in -- not just bordering -- Hong Kong's country parks 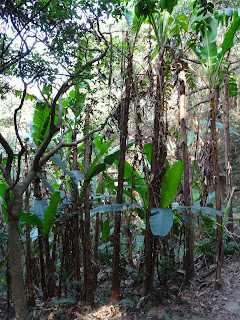 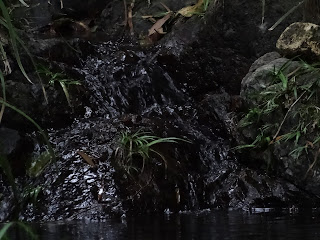 This watery section was actually far less scary looking
in real life than it appears in this photo! ;b 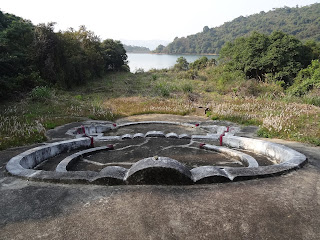 As weird as it sounds, it's pretty much guaranteed that
you'll get good views near graves in Hong Kong's country parks! 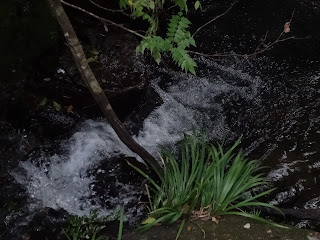 A number of streams run into the reservoir at Ho Pui 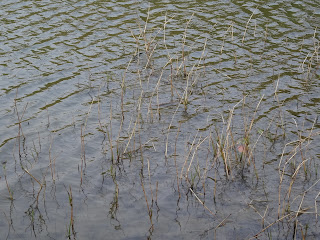 For the most part, the water in the reservoir's fairly calm,
with the breeze causing just small ripples on the surface 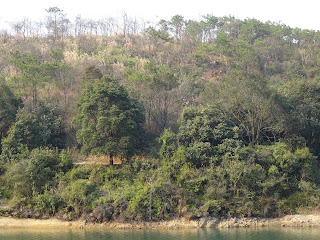 Some vegetation stay green throughout the year but others don't,
and consequently help make the scenery look more colorful :) 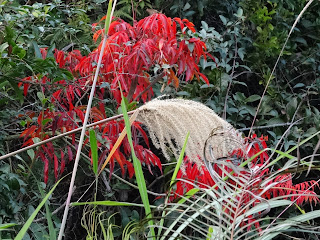 In addition, there is foliage in Hong Kong that
don't need the fall to come along to be noticeably red! :b
Posted by YTSL at 11:59 PM

The third photo of the watery area looks creepy. And I agree sometimes going downhill is scarier and requires more leg muscle than going uphill which seems (and might well be) harder. I've seen people going downhill on their behinds but what is similar for uphill...crawling?

I think the creepiness comes from the shiny black surface looking slimy... And I think the uphill equivalent of "butting it" downhill would be climbing! ;b