As I shared in my "10 highlights of my 2015 year" post, this culture vulture considers her visit to Amsterdam's Rijksmuseum to have been one of the high points of the whole of last year, never mind the close to two weeks she spent in the Netherlands.  And this even though I feel like I just scratched the surface of an art museum that Vincent van Gogh regularly went to when he lived in Amsterdam and whose collections a museum guide reckoned it'd be impossible to entirely see in her lifetime!

Like with Taipei's National Palace Museum, a visit to which was the highlights of my 2007, I had the good fortune to spend time in the Rijksmuseum after it had been closed for years for a lengthy renovation.  In the case of the latter: I found out about its renovation and re-opening via an informative documentary I viewed at the Hong Kong International Film Festival last year that was the single biggest factor in making me decide that I wanted to pay a visit to the Dutch capital!

Famously home to Rembrandt's The Night Watch, this treasure house of art also houses paintings by other Dutch masters like Jacob van Ruisdael, Franz Hals, Peter Paul Rubens, Johannes Vermeer and van Gogh, and much, much more.  With a collection that rivals the other great museums of Europe in quality and quantity, the Rijksmuseum also stands out for me in terms of its exhibition techniques and gallery designs being absolutely top quality.  And there's the bonus of this amazing museum allowing photography in its galleries -- unlike, say, the nearby Van Gogh Museum which I also visited but actually wasn't as generally enamored by... 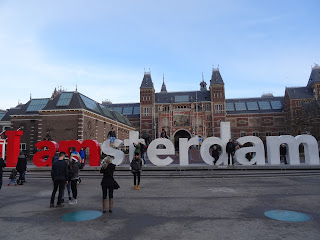 The I amsterdam letters in front of the Rijkmuseum
appear to be a major photography hotspot... 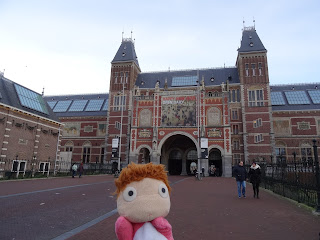 ...but Puppet Ponyo was more impressed by -- and preferred
to be photographed in front of -- the museum's
19th century main building designed by Pierre Cuypers :) 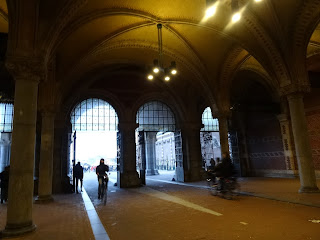 Unexpectedly, there's a passageway open to bicyclists as well as
pedestrians cutting through the middle of the Rijkmuseum building! 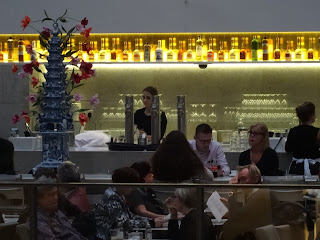 I also was surprised by the cafe inside the museum's
extensive alcoholic offerings! ;O

The Night Watch Gallery (click on the photo to enlarge it)
actually contains more than one masterpiece by Rembrandt ;b 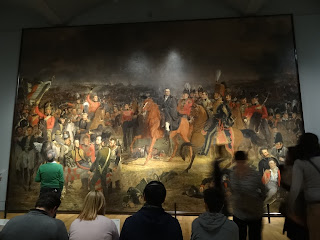 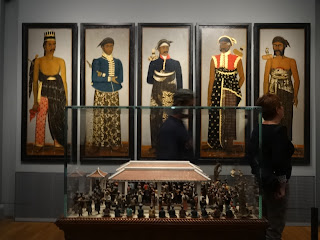 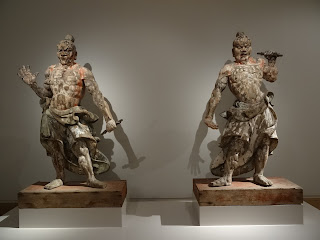 I loved the story of how these two Japanese
temple guardians got to the Rijksmuseum, as told in
Oeke Hoogendijk's museum documentary :)
Posted by YTSL at 10:59 PM

This is one of your best cultural entries, including the links you provide. The Rijksmuseum and the mere mention of Taipei's Palace Museum are enough to challenge the comprehension of any art lover. And that includes family member Puppet Ponyo who poses with an expression of awe in front of the museum.

I visited the Rijksmuseum many years ago, but there is one memory that remains quite vivid in my mind. A woman was standing in front of The Night Watch, delivering a lecture in English to a group of visitors. I heard her say this: "Notice the way the foreground figures seem to step out of the painting. In a sense, Rembrandt was one of the very first three-dimensional painters."

I'm happy you enjoyed this entry (and yes, I do love that photo of Puppet Ponyo)!

It sounds like you visited the Rijksmuseum before it got renovated. Even so, it seems like you got quite a bit out of doing so. Thanks for sharing that cool point about Rembrandt's "Night Watch" by the lecturer you overheard! :)