Two Japan trips ago, I stood on Washu-zan, a hill near Kojima, and took in some stunning views of the surrounding land and sea.  Now, on the fourth day of my most recent Japan visit, I was chugging along on a ferry passing through a portion of that same Seto Inland Sea, a 450-kilometer-long body of water that was once one of the country's busiest waterways but also has a reputation for having calm waters along with being speckled with islands.

If I had to point to one single place that made me decide to go to Shikoku this time around, it would be Shodoshima, the island that the boat was taking me to.  The second largest island of the Seto Inland Sea is known for its natural scenery and being Japan's isle of olives.  And while it was for another reason that I wanted so much to visit it, I definitely did also very much enjoy the one-hour-long ferry ride there (and back to Takamatsu later in the day), both for the refreshing sea air and also the scenic views to be had along the way... 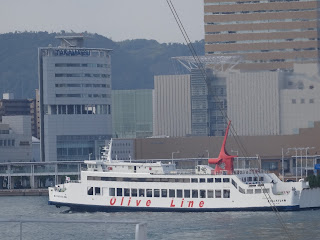 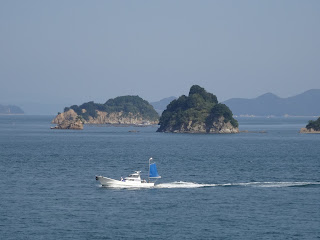 As we passed by some small, rocky islands, I recalled the
nice gentleman I met up on Washu-zan the previous year telling me that
many of the Seto Inland Sea's some 3,000 islands are uninhabited 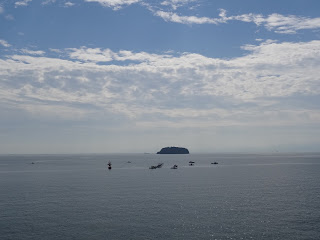 Seeing many tiny fishing boats in the water got me thinking
of the seafood from the Seto Inland Sea on offer at the sushi-ya
I went to in Takamatsu a couple of evenings previously! 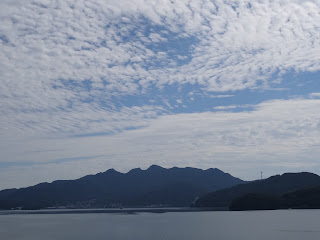 The sky over Shodoshima was so very beautiful
as we approached the island :) 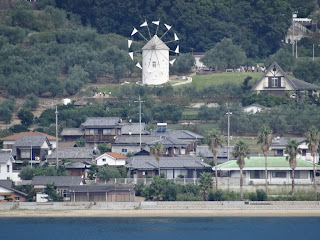 The Greek windmill of Olive Park is an unlikely landmark
for this island on Japan's Seto Inland Sea ;) 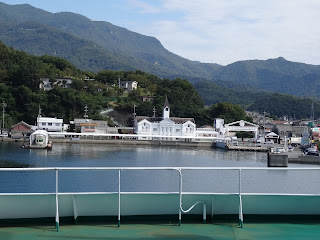 And while the white building with a steeple got me thinking
that it might be a church, it actually turned out to be home to
Kusakabe port's ticketing office and a souvenir shop :D 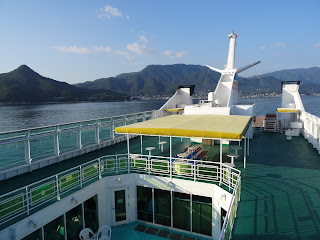 Several hours later, when the sky was still beautifully blue,
I boarded another boat to make the return trip to Takamatsu 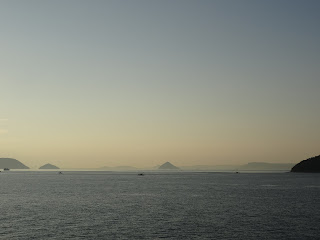 I witnessed the sky and water changing color while
on the ferry, and still making for a pretty picture :)
Posted by YTSL at 10:59 PM