It's been more than a month since I last put up a hiking photo-essay on this blog, so I think it's high time I resumed the practice.  Coincidentally, the hike I'll focus on in this blog entry followed much the same route as the excursion that a few friends and I went on last Sunday!

But as it so happens, the first time that I took the coastal route from Pui O to Mui Wo, it was several degrees warmer than was the case last Sunday.  Another difference was that on our first foray into that part of the Big Lychee, my hiking buddy that day and I spent more time photographing buildings -- still inhabited and abandoned alike -- that we passed by and through even while also enjoying the natural scenery and critter spottings made along the way... ;b 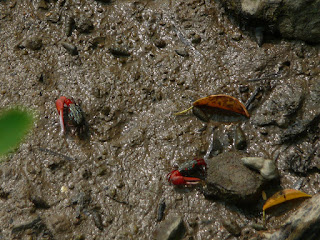 Few people are wont to linger near mud flats but I like
looking to see what interesting critters are out and about there! ;) 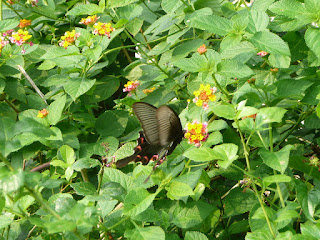 This is one of those butterflies that's really hard to take a photo of
because it doesn't stop moving its wings even when inspecting a flower! 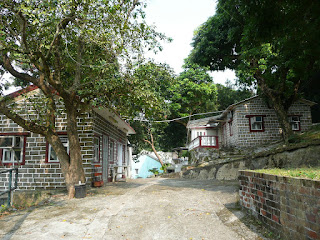 At Shap Long Chung Hau are some of the prettiest --
to my mind! -- village houses I've seen in Hong Kong 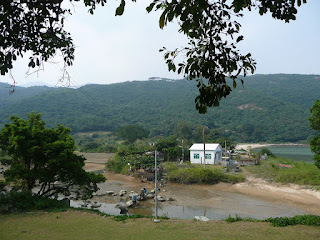 Part of me can see the aesthetic appeal of living in this area
but, honestly, it really is pretty far from conveniences
most Hong Kongers take for granted such as a supermarket! :O 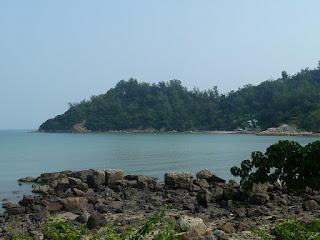 How many people would believe that this photo
was taken in Hong Kong? :b 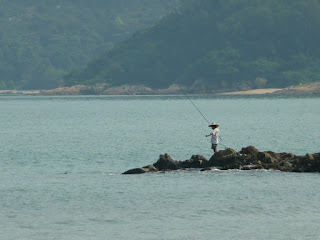 Sometimes, I think anglers must be inherently solitary folks ;) 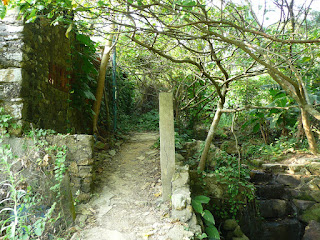 An abandoned dwelling that nature's taken over 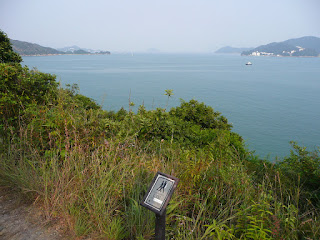 The last bit of this hike was on the bit of Lantau Trail Section 12
that's close to Mui Wo (our final destination that afternoon)
Posted by YTSL at 11:59 PM

I enjoy looking at the photos of houses, both currently occupied and abandoned, you pass by on your hikes.

I often enjoying checking out old hourse I pass by on my hikes. Some of the occupied ones that are super dilapidated can make me sad though. There really should not be people living in terrible conditions in present-day Hong Kong.