When I first began organizing hikes in Hong Kong -- with one or two, sometimes even four friends in tow -- around seven years ago, I only ever would opt to go along routes I had read about in books such as Alicia Kershaw and Ginger Thrash's nifty Above the City: Hiking Hong Kong Island or officially designated trails such as the Kap Lung Forest Trail and Tai Tan Country Trail.

Some 100 or so hikes on, I got bolder and started "creating" routes of my own by doing such as cobbling together different sections of trails I had previously been on.  And in recent years, I've also been inclined to look at countryside maps and decide that "X place looks interesting", and then figure a way how to get there. Such was the case with So Lo Pun, a (near) abandoned village in a remore section of northeast Hong Kong with a reputation for being haunted.

While my party (consisting of myself, a friend and a local hiker who, upon finding out where our hike destination was, asked if he could tag along!) found So Lo Pun to be atmospheric, it's our little adventure of a hike out of there that we found memorable. Rather than just retrace our steps, we had decided to go along a shortcut that turned out to be so overgrown that we ended up largely just looking for helpful ribbon markers left by other hikers along the trail until we reached familiar territory at Kuk Po and had an obvious path to follow back to the hike's start at Luk Keng! ;) 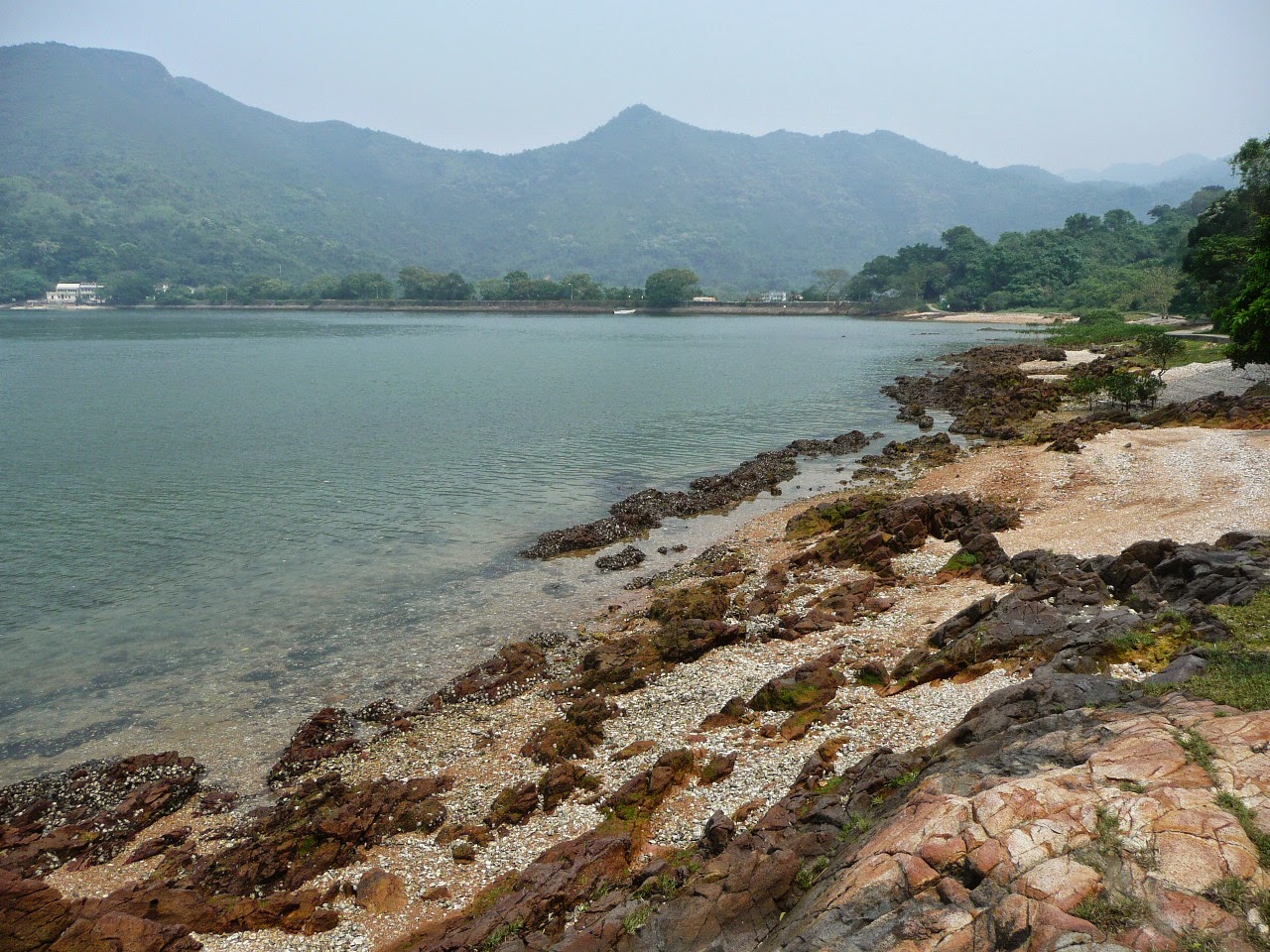 Much of the trail to So Lo Pun was by the edge of
Starling Inlet (Shau Tau Kok Hoi), whose waters
fall within Hong Kong's Frontier Closed Area 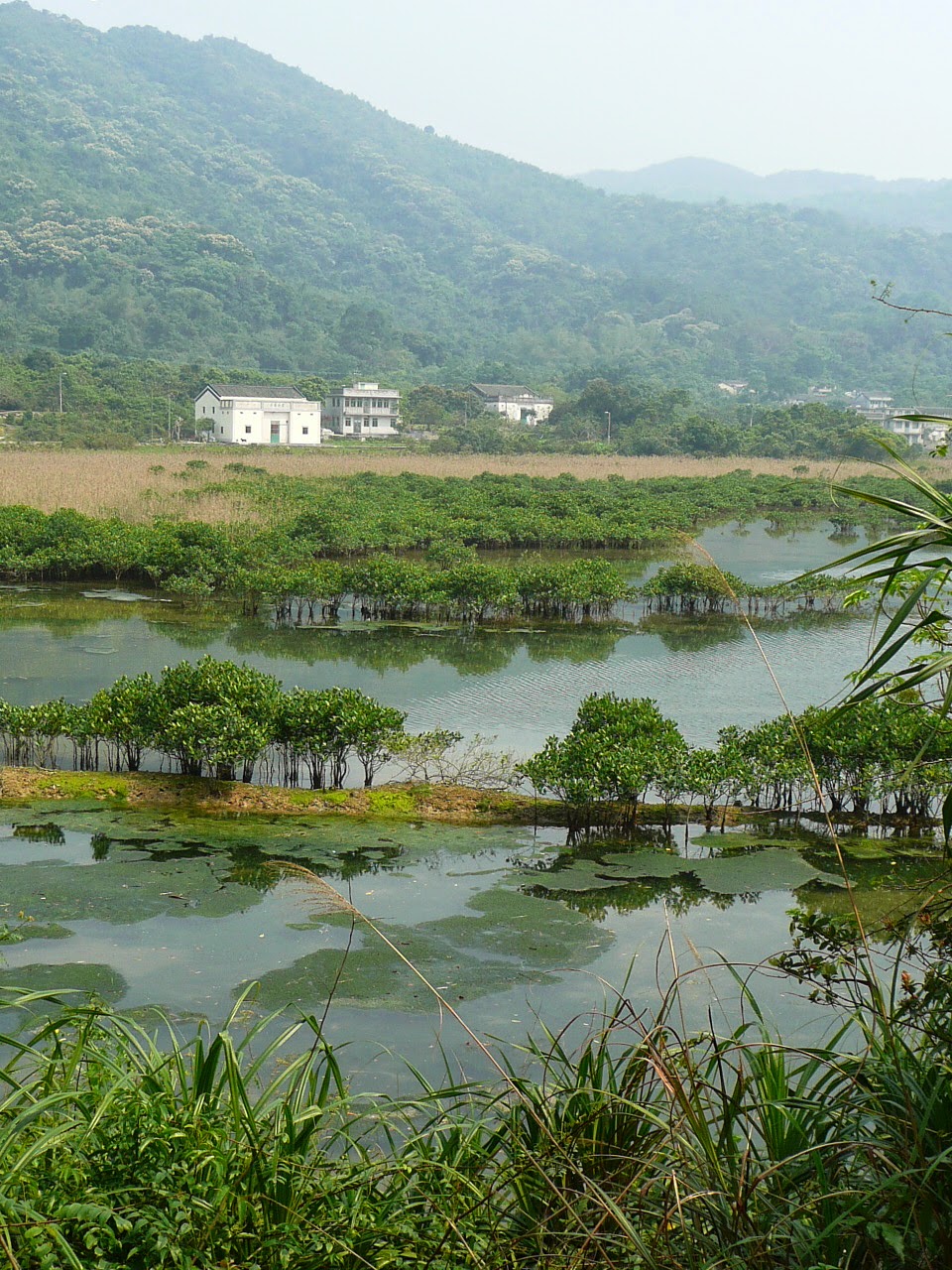 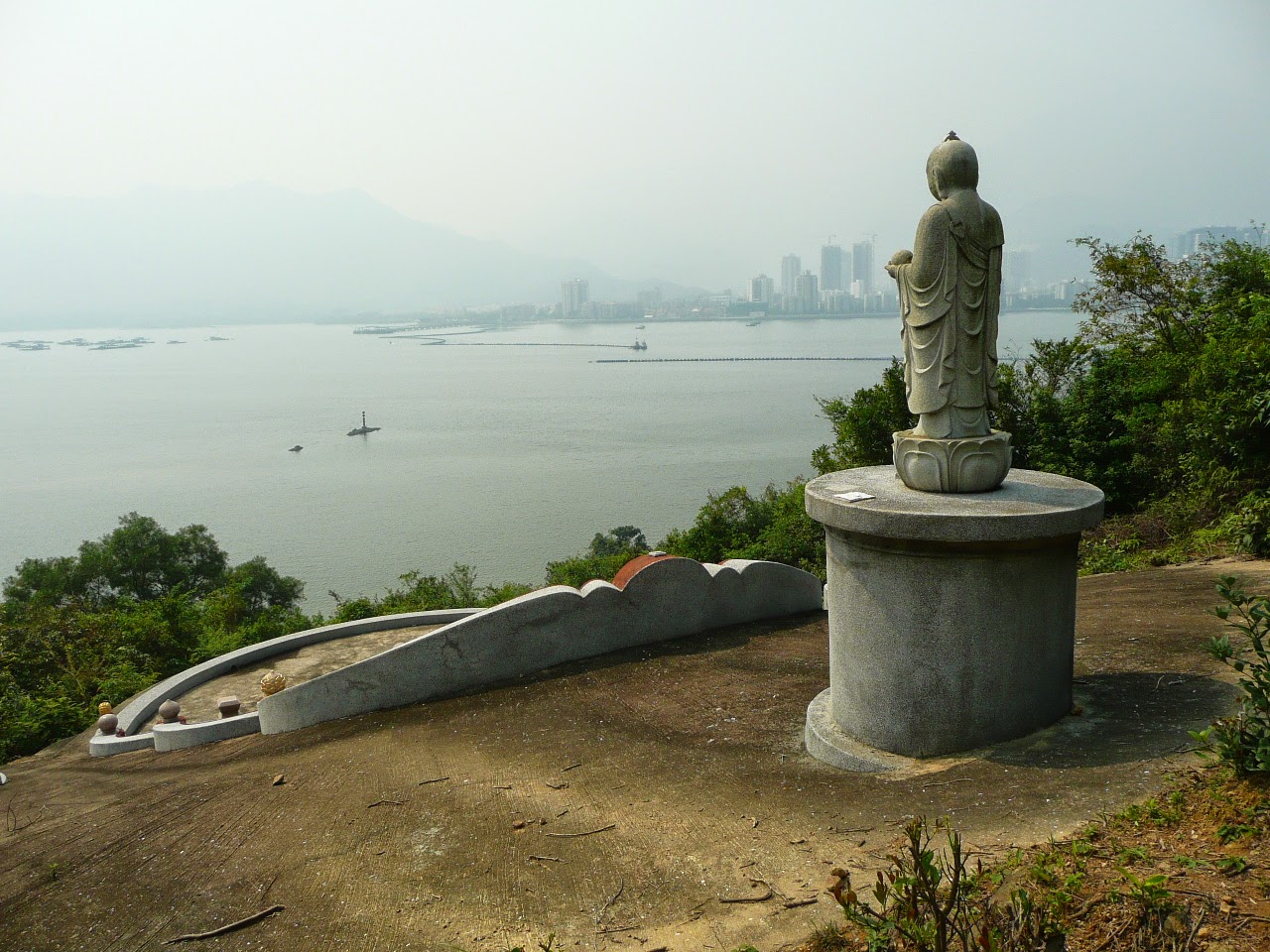 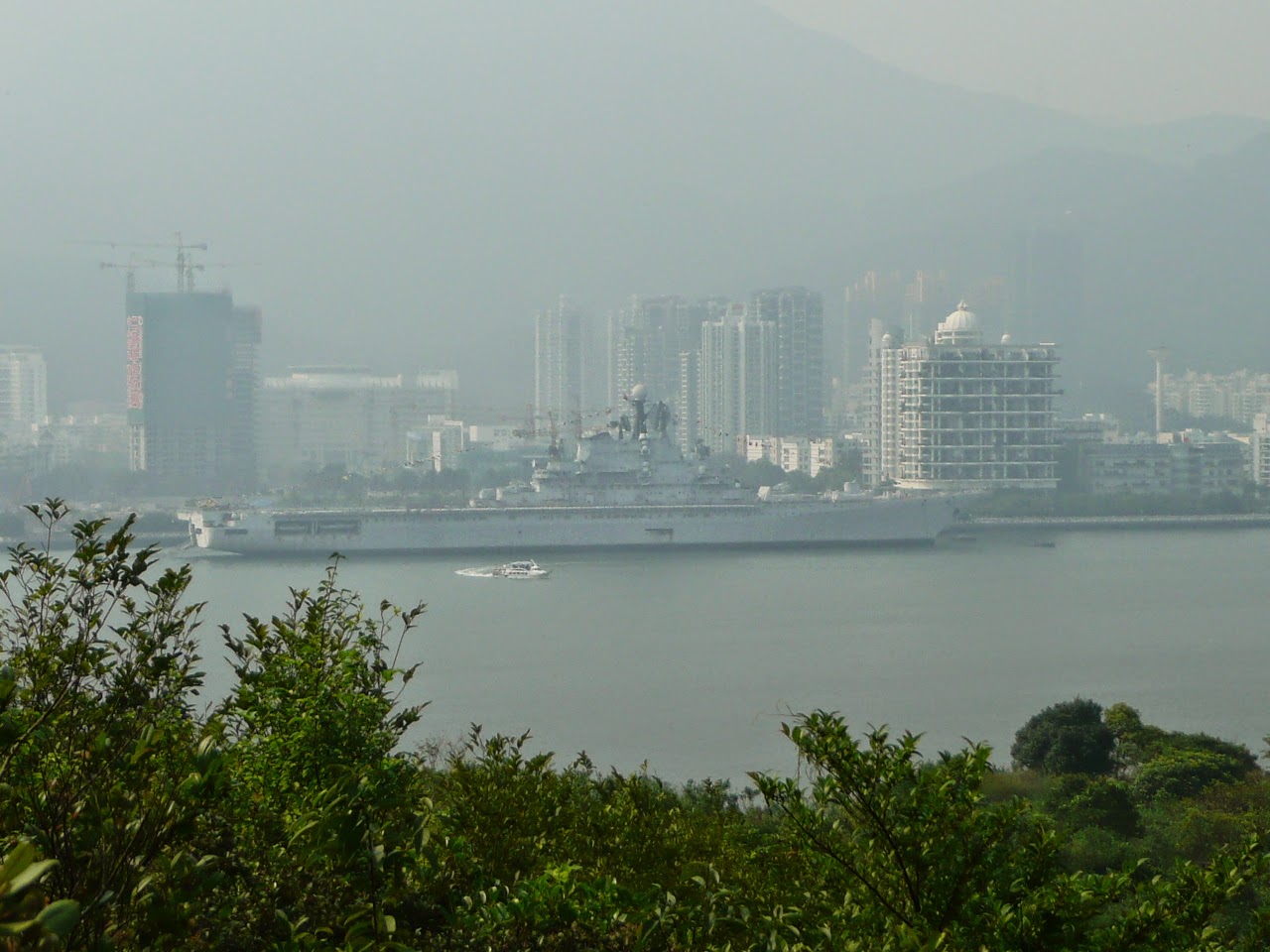 No, it's not a mirage -- but an actual (former) aircraft carrier
that's now the key attraction of a Shenzhen theme park! 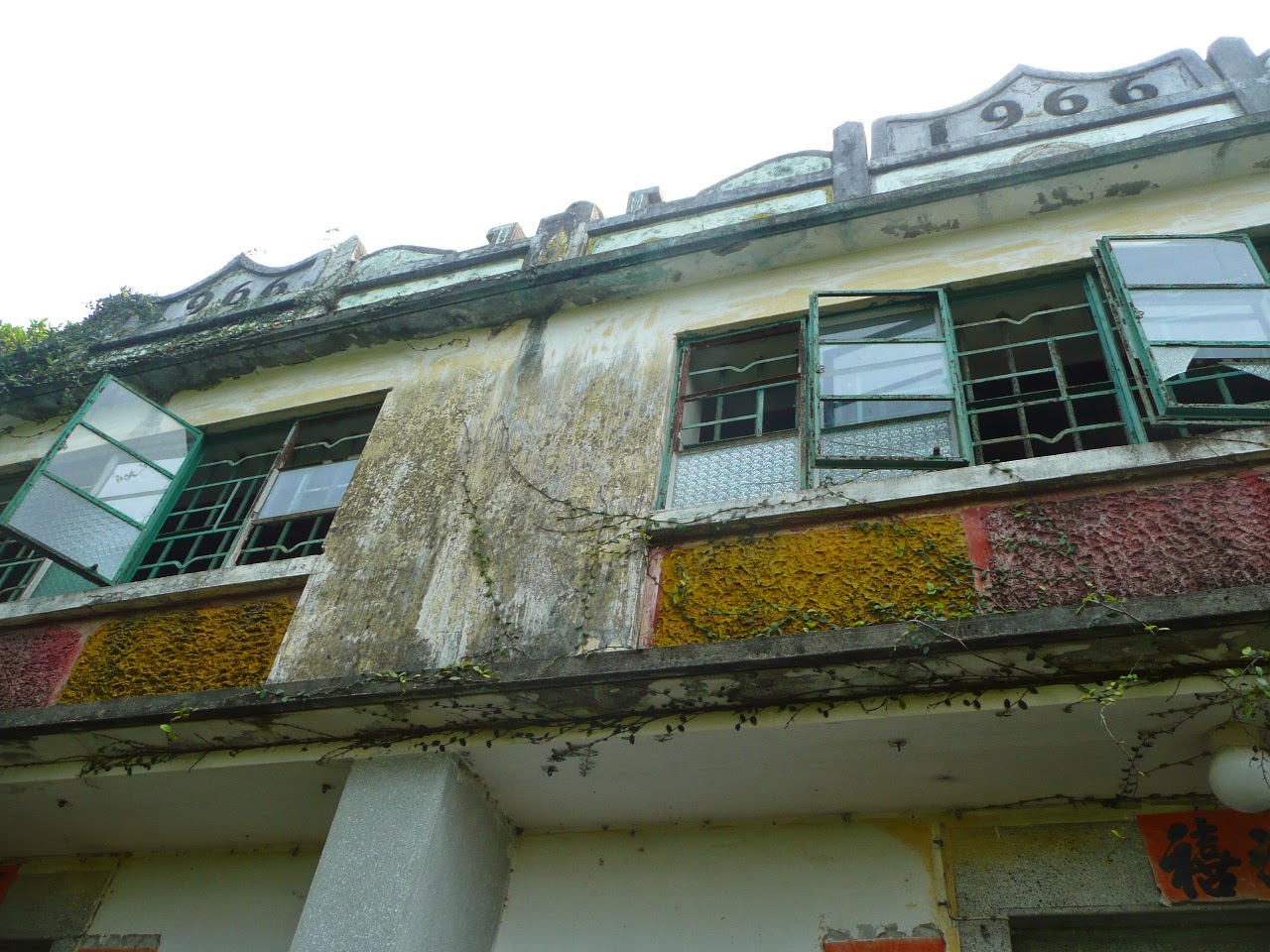 On the way to So Lo Pun, we passed through another remote village
-- this one seemingly entirely deserted -- in Yung Shue Au 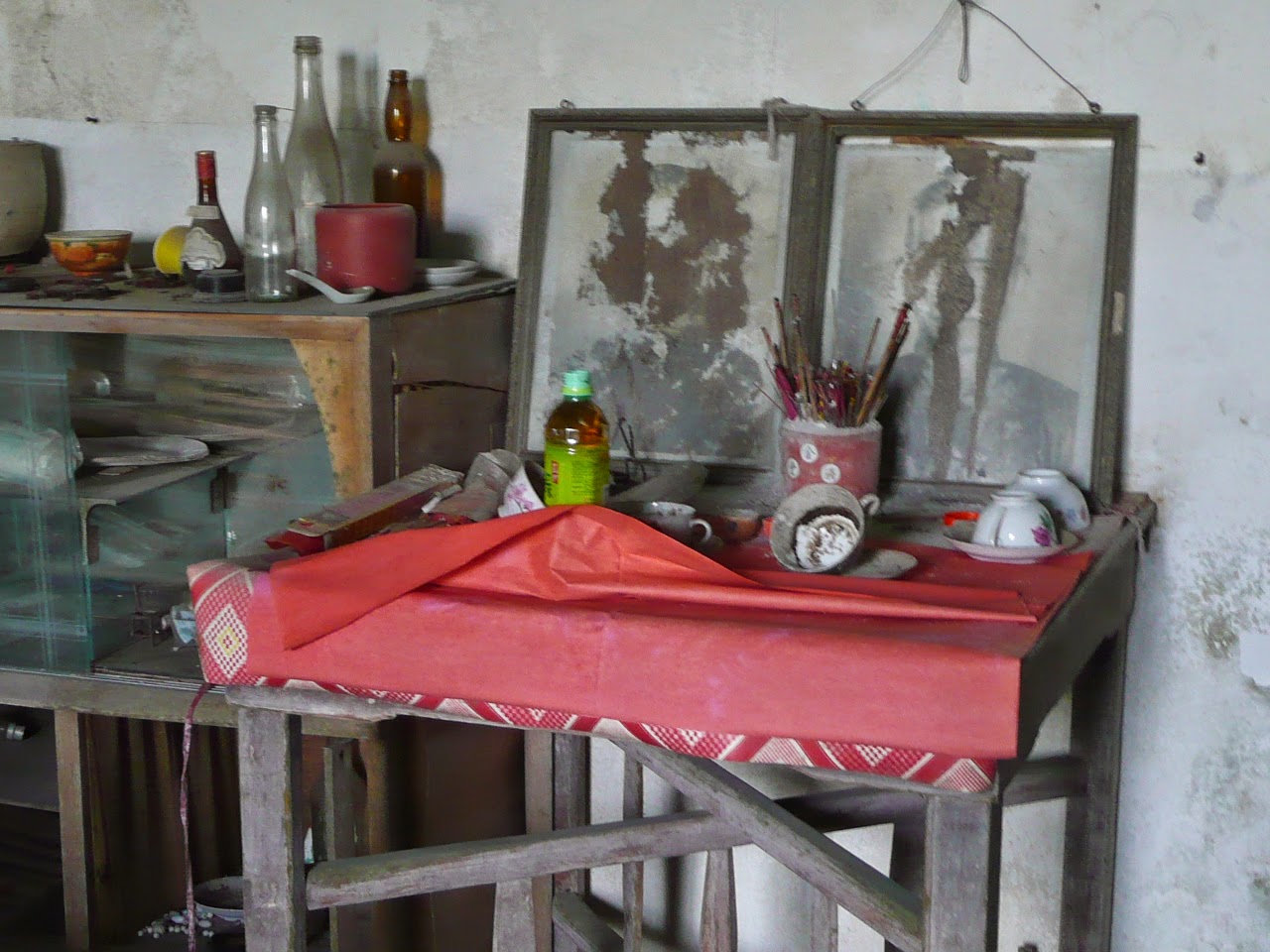 I think seeing sights like this is what spooked the lone hiker
we met there and prompted him to ask if he could join up with us
-- even if it was to go to reputedly spookier So Lo Pun! ;b 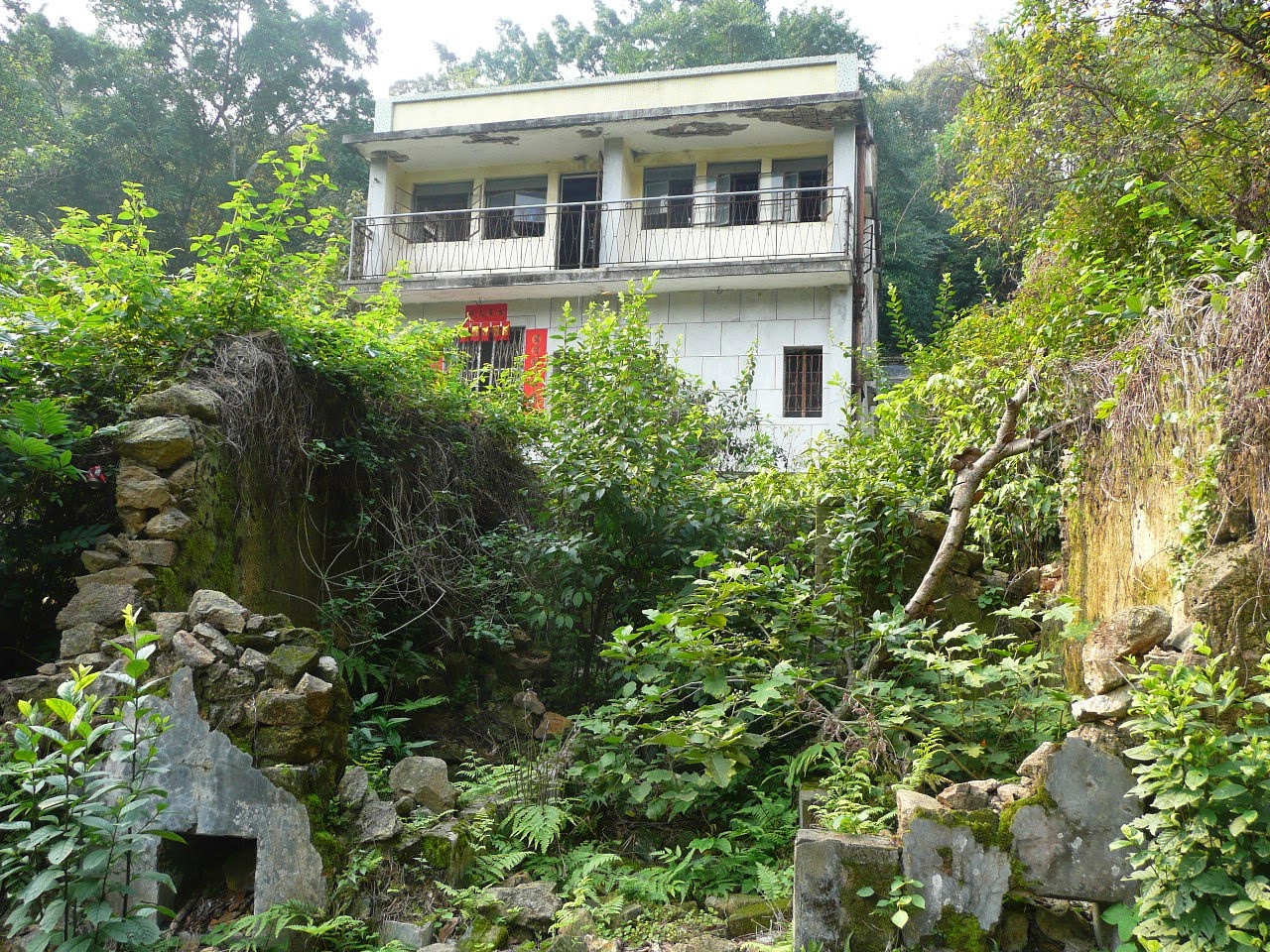 At So Lo Pun, we saw houses of more recent design than those
at Yung Shue Au along with older ones in a much more ruined state 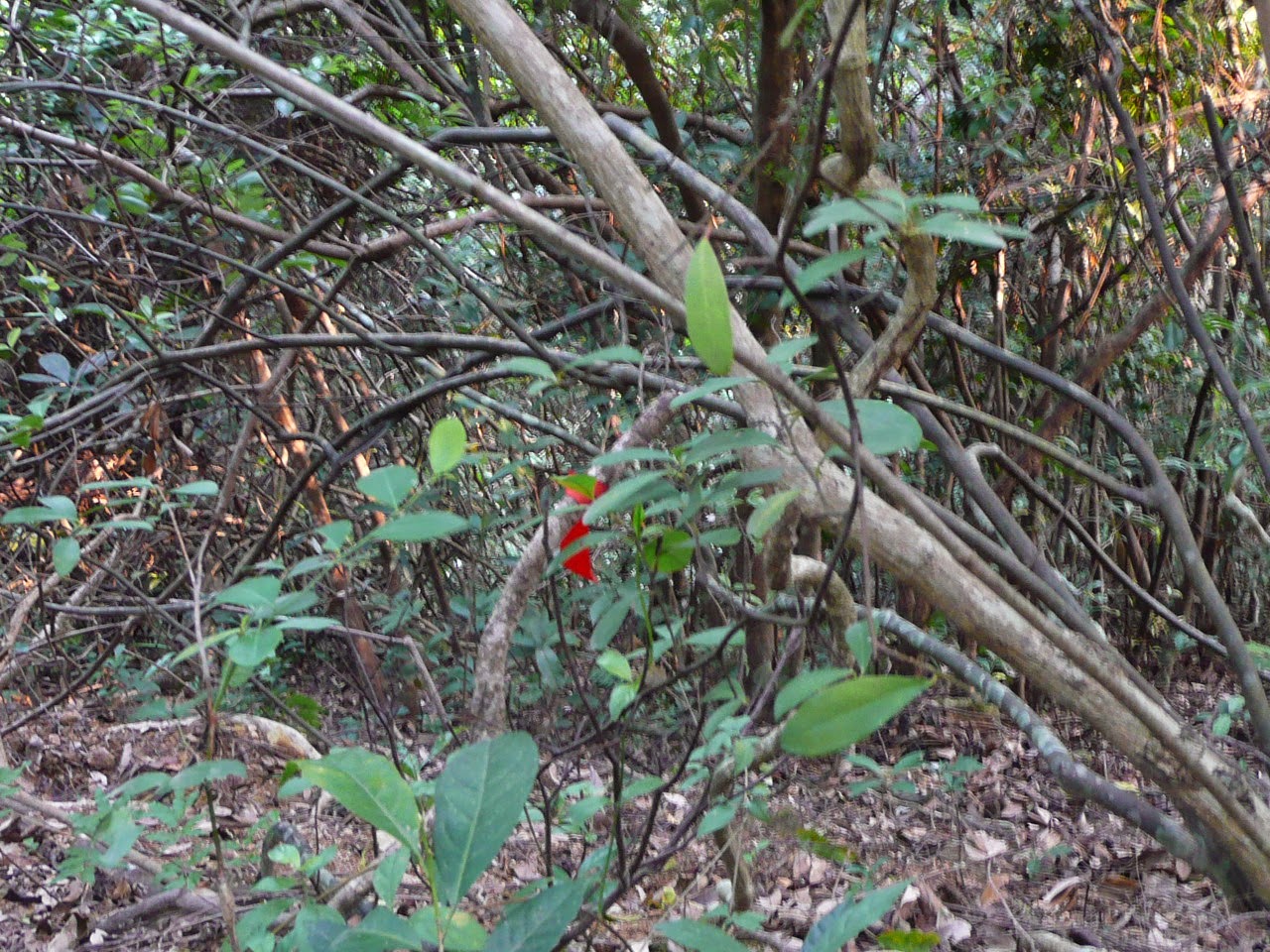 Yes, the way out was generally this overgrown --
but thanks to those blessed red ribbons and some scrambling,
we were able to get back to "civilization" okay! :b
Posted by YTSL at 11:04 PM

I read this photo-essay when you first posted it, but I came back to look at it again, because the photos of this hike you "created", did stay in my mind.

Thanks for looking at this photo-essay more than once! The area around Kuk Po is among those I find very scenic -- and am surprised that fewer people venture there than I thought would be the case.

Sure it doesn't have rugged hills like the Sai Kung Peninsula, Lantau or even further south around the Plover Cove. But I think it has a beauty of its own.