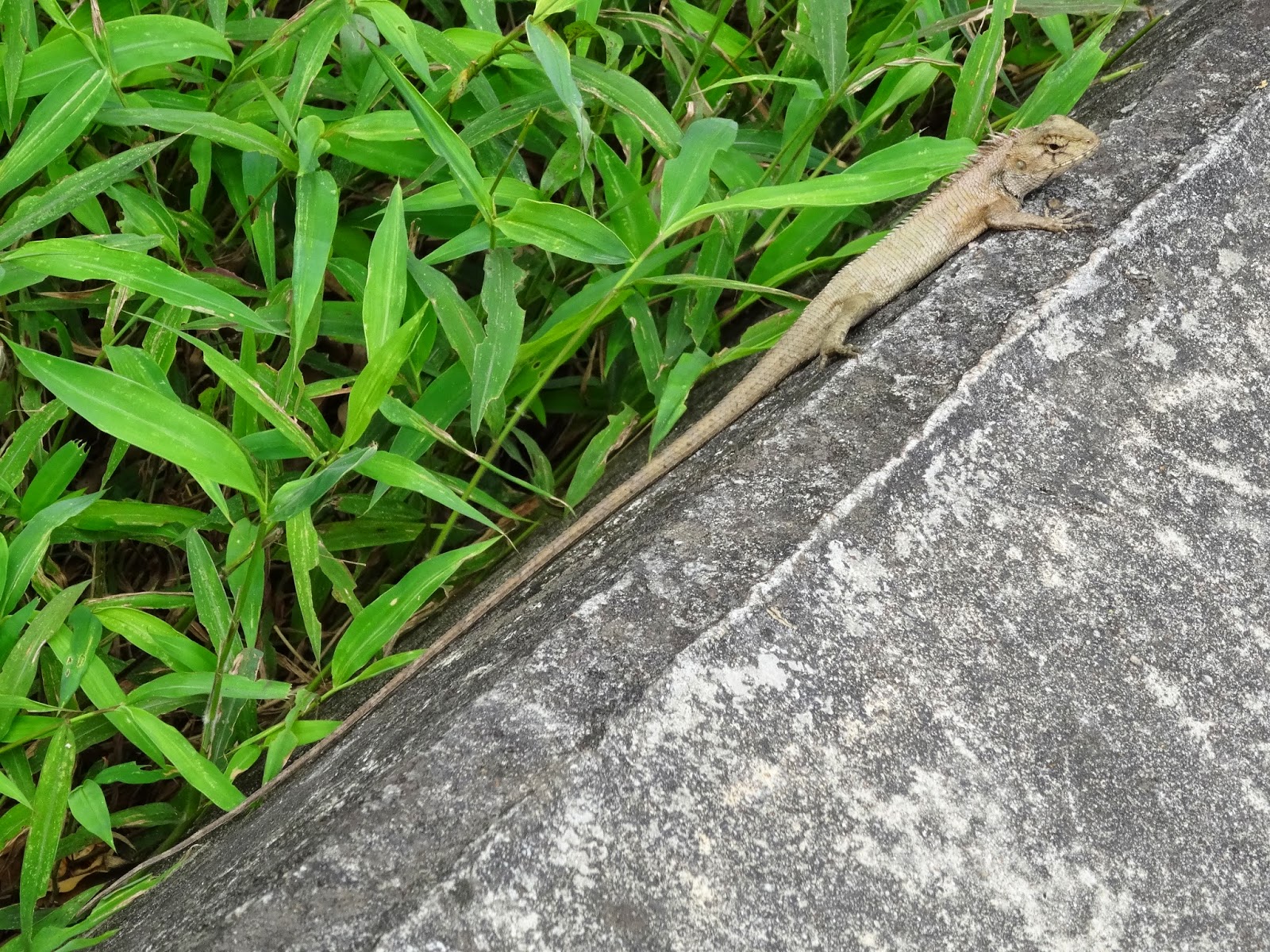 Is that a long-tailed changeable lizard I see before me?! 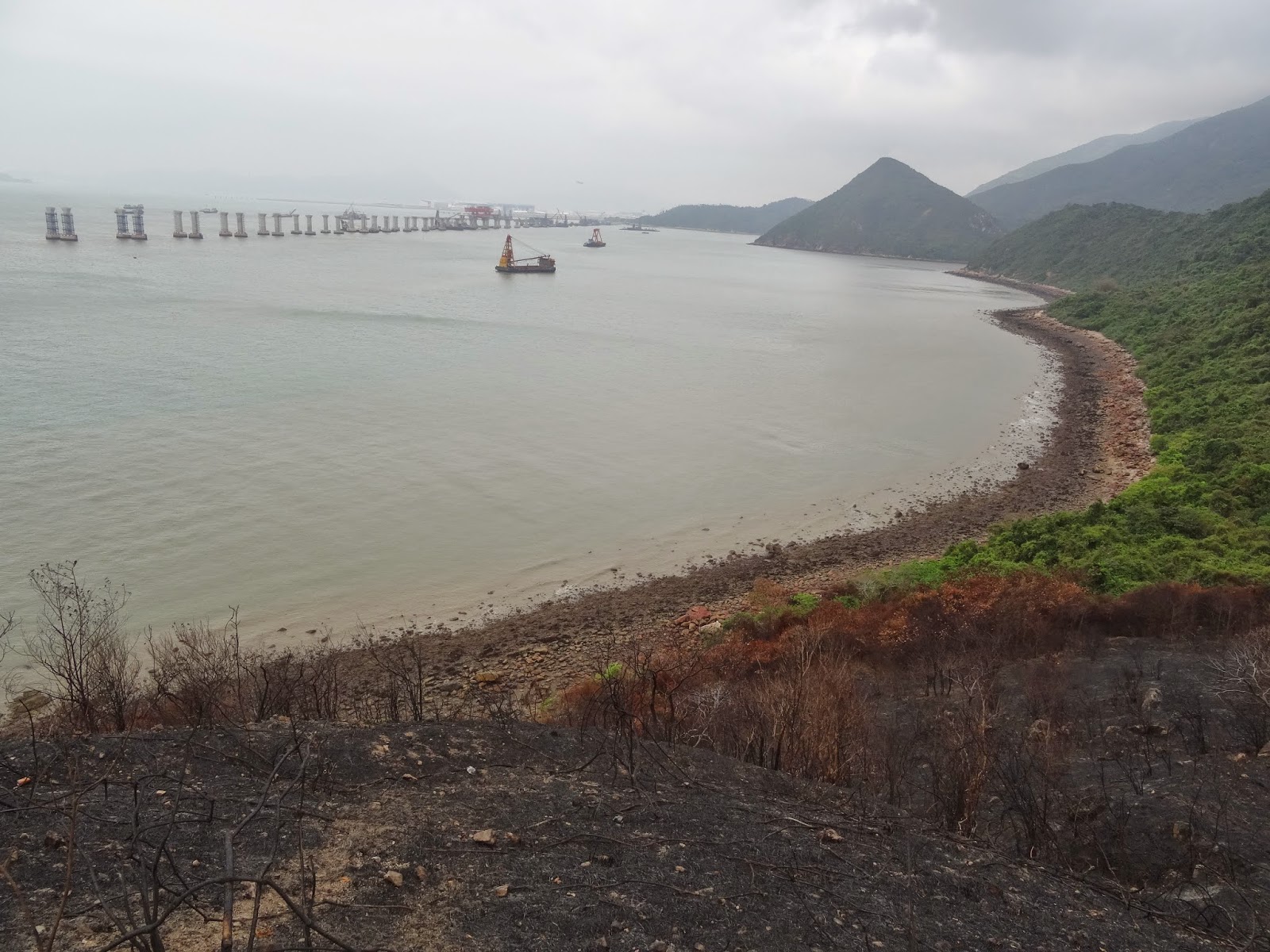 On this hike, we so much evidence of humans' impact
on the environment - in the sea and on the land 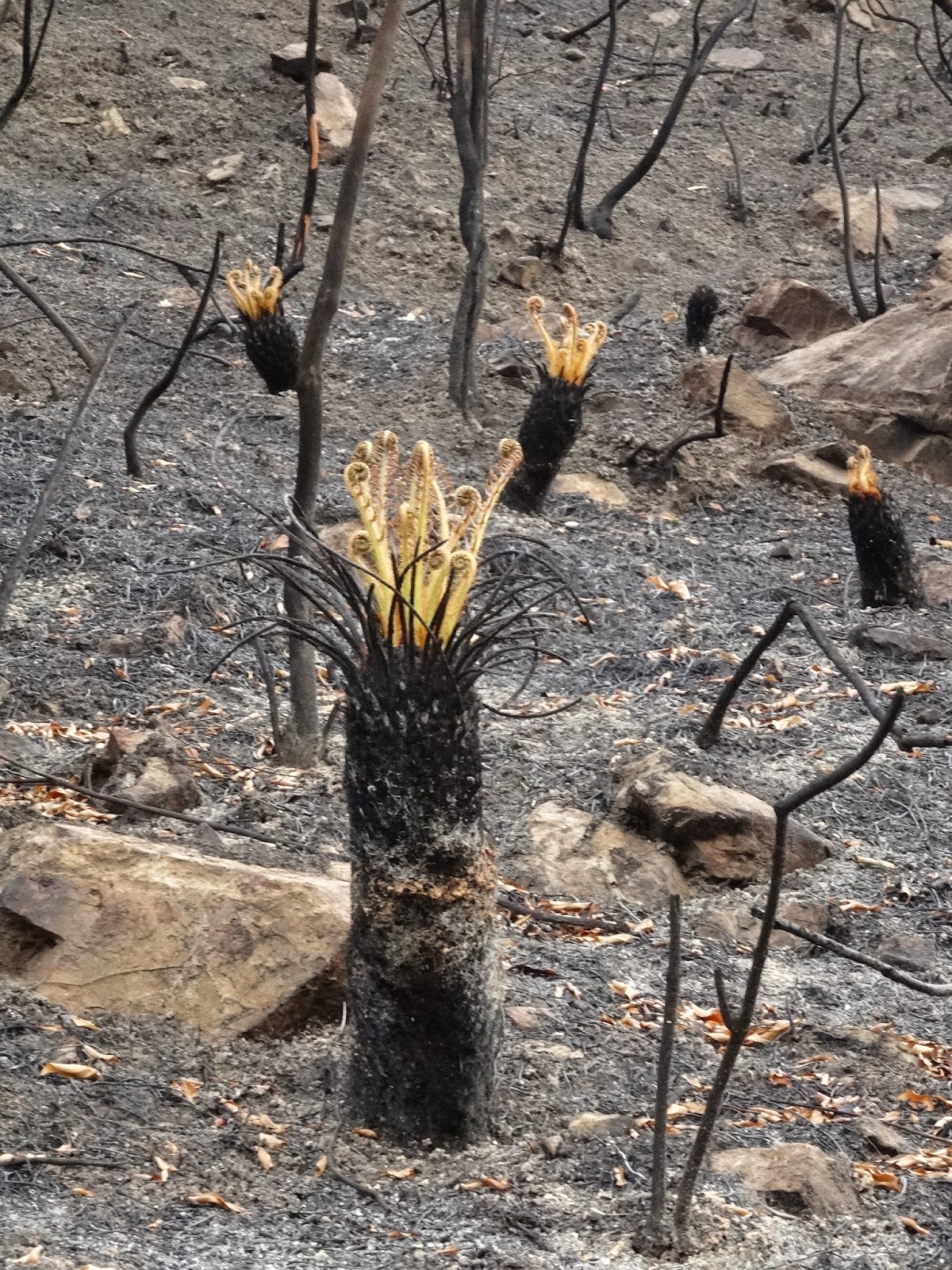 Before one despairs though, consider that nature can be
stronger and more capable of regeneration than one thinks!

Earlier today, I went on yet one more hike from Tung Chung on a circa 15 kilometer trail to Tai O that has become familiar to me as I've been along it at least four times now.  And as with the previous excursions along this route, I saw sights which were new to me as well as passed by places that I have come to expect to see and enjoy doing so along this particular trail (such as the plane spotter's pavillion across the waters from Chek Lap Kok airport, and the Yeung Hau Temple dedicated to Hau Wong on the edge of Tai O).


With spring well and truly already here, there were plenty of butterflies and dragonflies flying about -- and the sound of cicadas often disturbed the peace, when planes taking off from Chek Lap Kok Airport and flying overheard were not already doing so.  Early on in the hike, I thought that my critter spotting of the day would be a beautiful swallowtail butterfly which deigned to let me take a photo of it, albeit only from afar.  But a few kilometers further along the way, a lizard poked its head up above the concrete barrier along the path my friend and I were strolling on, and then was nice enough to stay still while we took a closer look at it and admired this small reptile's very long tail as well as the rest of it!


As far as human-made developments are concerned: this particular hiking trail offers up clear views of the progress being made in the construction of the Hong Kong-Zhuhai-Macao Bridge.  Although this project which I first heard about on a visit to Macau in 2006 is not yet near completion, its impact on the Hong Kong environment is already pretty clear -- including in terms of the waters near where its being built being on the brownish side -- and one shudders to think about the environmental degradation to the area that will (further) ensue after the bridge becomes operational.


On the last leg of the hike, humans' often negative impact on the environment also could be seen in large swathes of land having been burnt and left looking like a wasteland courtesy, I think it's safe to assume, of one of more than 150 hill fires that were reported in Hong Kong this past Ching Ming. While there fortunately were zero human casualties from hill fires thus far this year (unlike in 1986, when a hill fire on Pat Sin Leng claimed five lives), there's little doubt from the devastation that I still could see some two weeks later that thousands of trees and blades of grass, and probably also a number of creatures, were unable to escape the fire(s) that raged in the area.

Walking through this burnt black area was on the eerie side -- and my friend was moved to suggest that this part of Hong Kong was now ripe for landslides to occur now that there was so little vegetation and their roots holding on to the soil.  But then, here and there, we also noted signs of life in such as the a young and very green blade of grass, lichen growing on thin tree trunks, and new sections sprouting out of tree ferns that were (still) growing in the area -- and got to thinking, and feeling relieved, that nature truly can be so much more resilient than we often give it credit for (and thank goodness for that, considering how much and often we humans are prone to abusing it)!
Posted by YTSL at 11:11 PM

Those palms are infact ferns. "Brainea Insignis" called 蘇鐵蕨 in Chinese. The common name may be "Cycad Fern" as it resembles the Sago Palm "Cycas Revoluta". Wonderful to see them putting out new fronds after the fire.

Thanks much for the plant ID. I've made the due correction in my blog post! :)

This entry has equally interesting photos and text, which do serve as an example of the "wonders of nature" and the "destructiveness of humans".

I like photographing lizards, free of the camouflage of the underbrush, such as the top photo of the lizard, posing for you on the concrete barrier...The second photo from the top could be the setting of a postapocalyptic world.

I like photographing lizards -- period -- but they are definitely easier to spot and photograph when they're on such as a concrete barrier rather than in the underbrush!

And interesting that the second photo got you thinking of a post-apocalyptic world. Incidentally, the ferns in the third photo from the top of the blog post got me thinking of aliens when I first spotted them! ;)