There are many Hong Kong hiking trails -- e.g., Lantau Island's Nei Lak Shan Country Trail or the Sai Kung Peninsula's Tai Tan Country Trail -- that I've enjoyed going on so much that I'm happy to go along them more than once (and, in the process, introduce them to more than one friend).  Then there are those trails that I felt a sense of accomplishment at having been on -- but don't plan on going on them again any time soon.

Such is the case with that which combines a section of the Olympic Trail, the Lo Fu Tau Country Trail and a path which starts from Discovery Bay -- the last of which involves something that feels more like a climb than a conventional hike, and is so steep that I would never contemplate going down it.  At the same time, there's no denying that the view from the top of Lo Fu Tau (Tiger Head) is pretty breathtaking -- and the section between its summit and Ah Po Long is wonderfully scenic and also not all that difficult to go along... 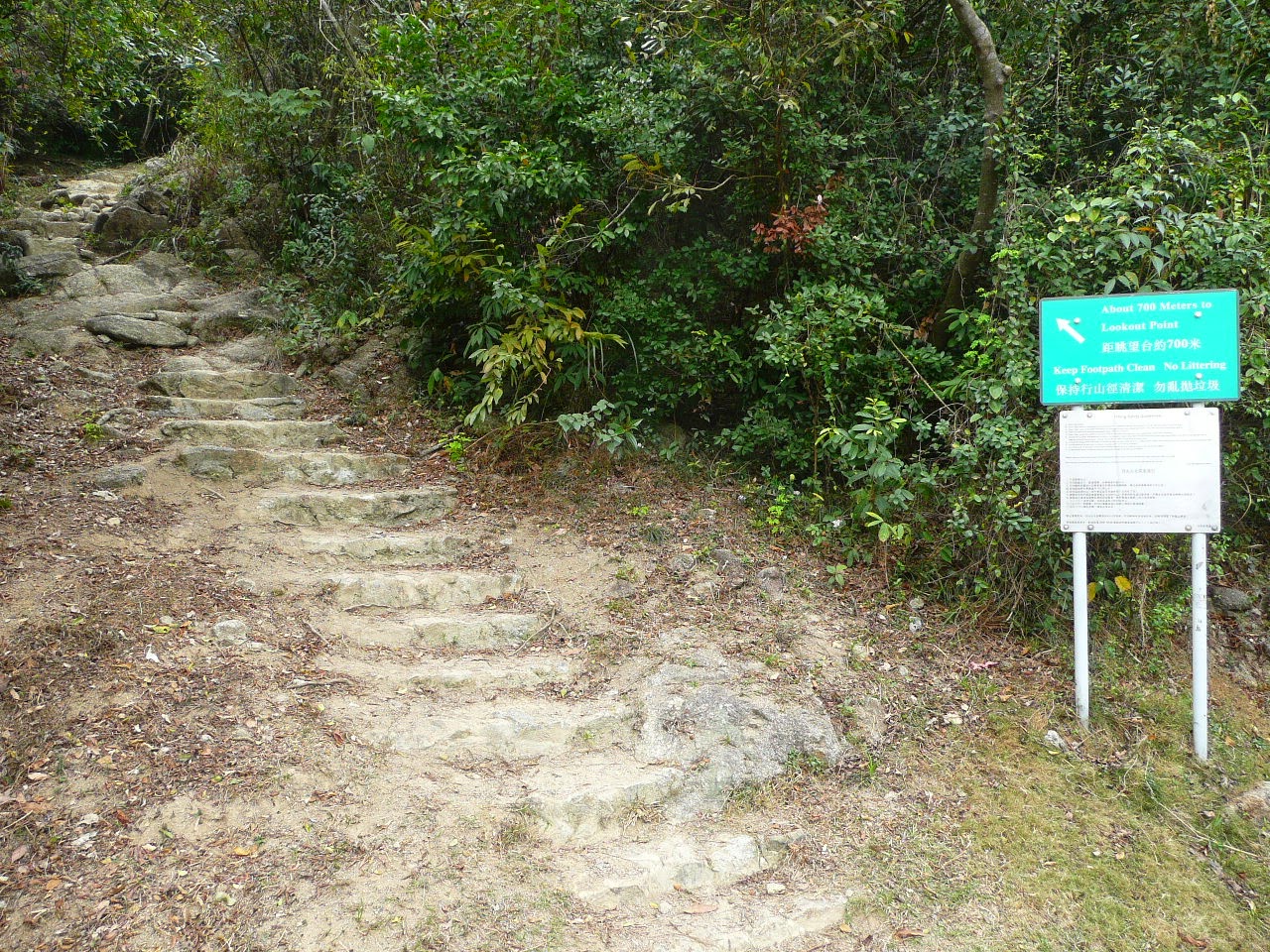 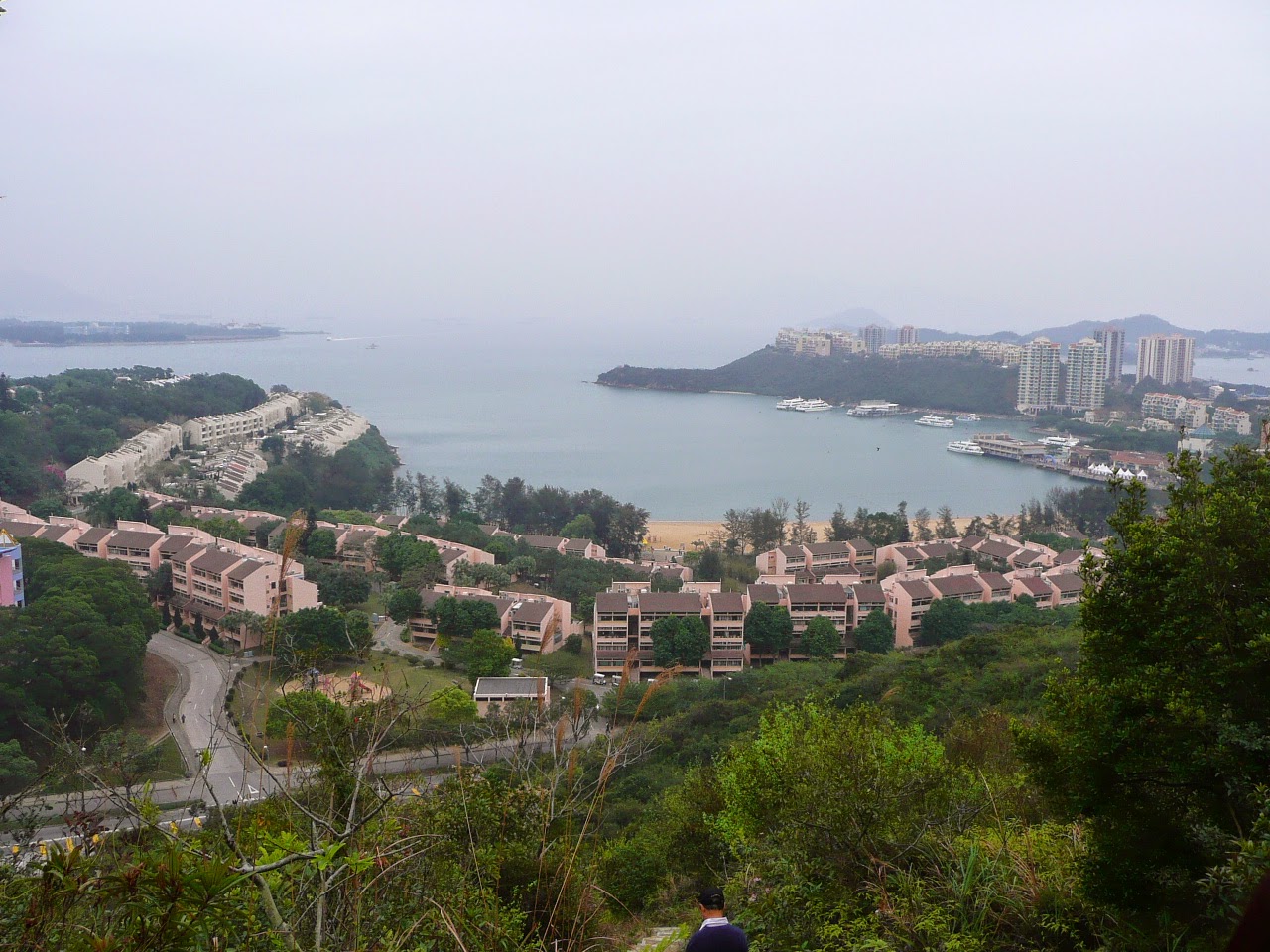 On the plus side, one gets high up and good views pretty quickly! 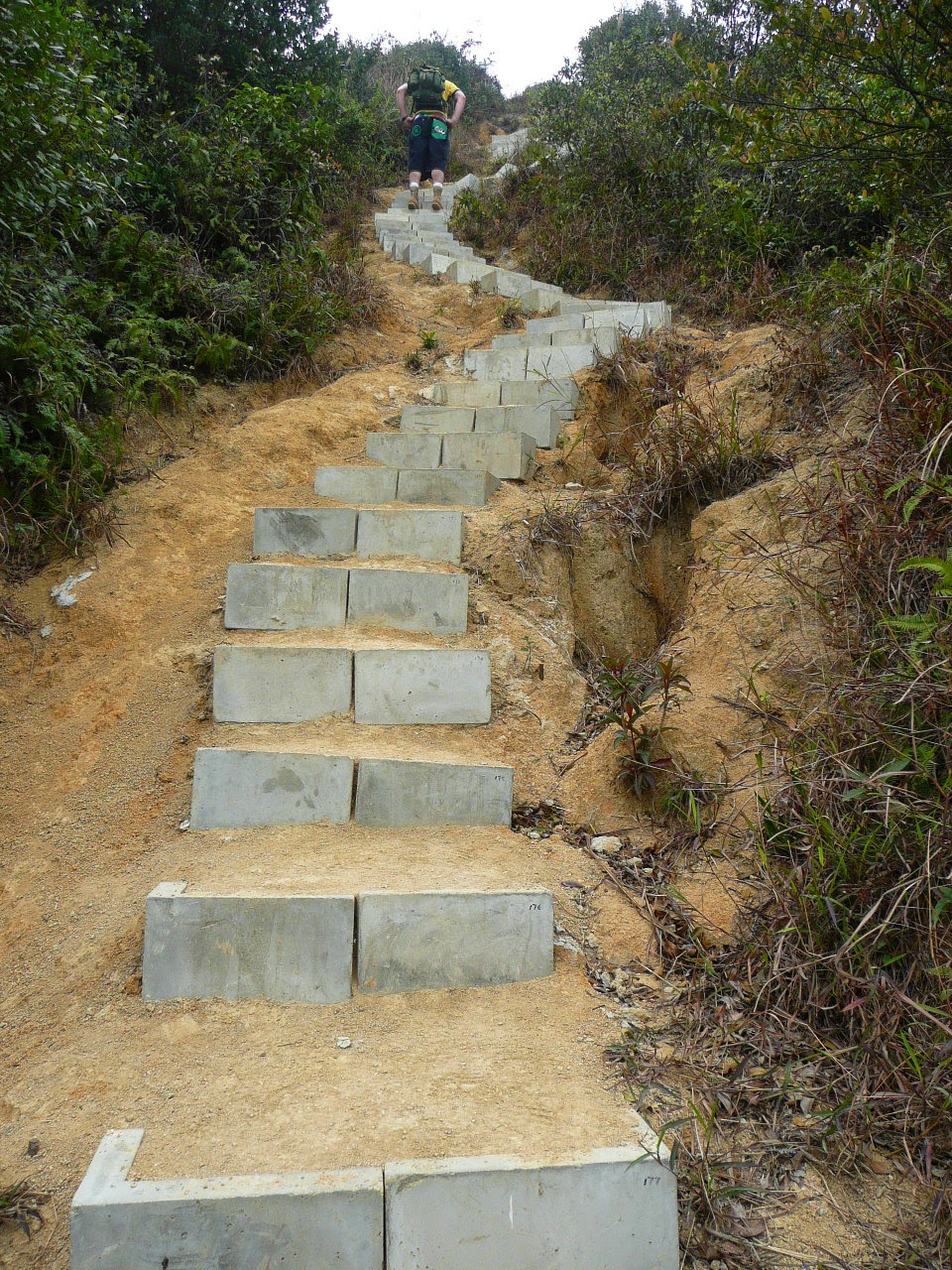 On the minus side, we're talking about an ascent
that involves hundreds of steps here...! 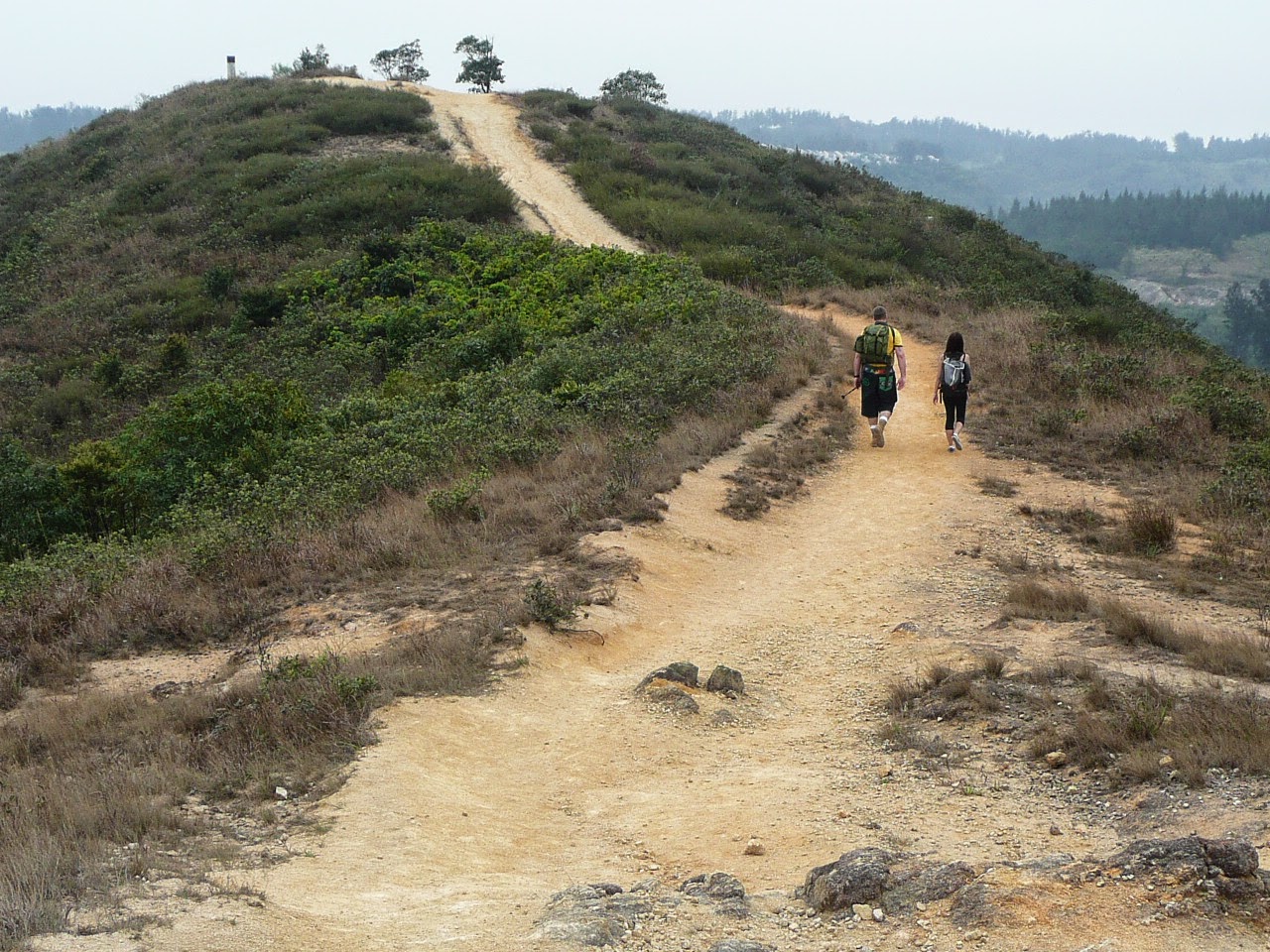 A nice easy bit before the really difficult part 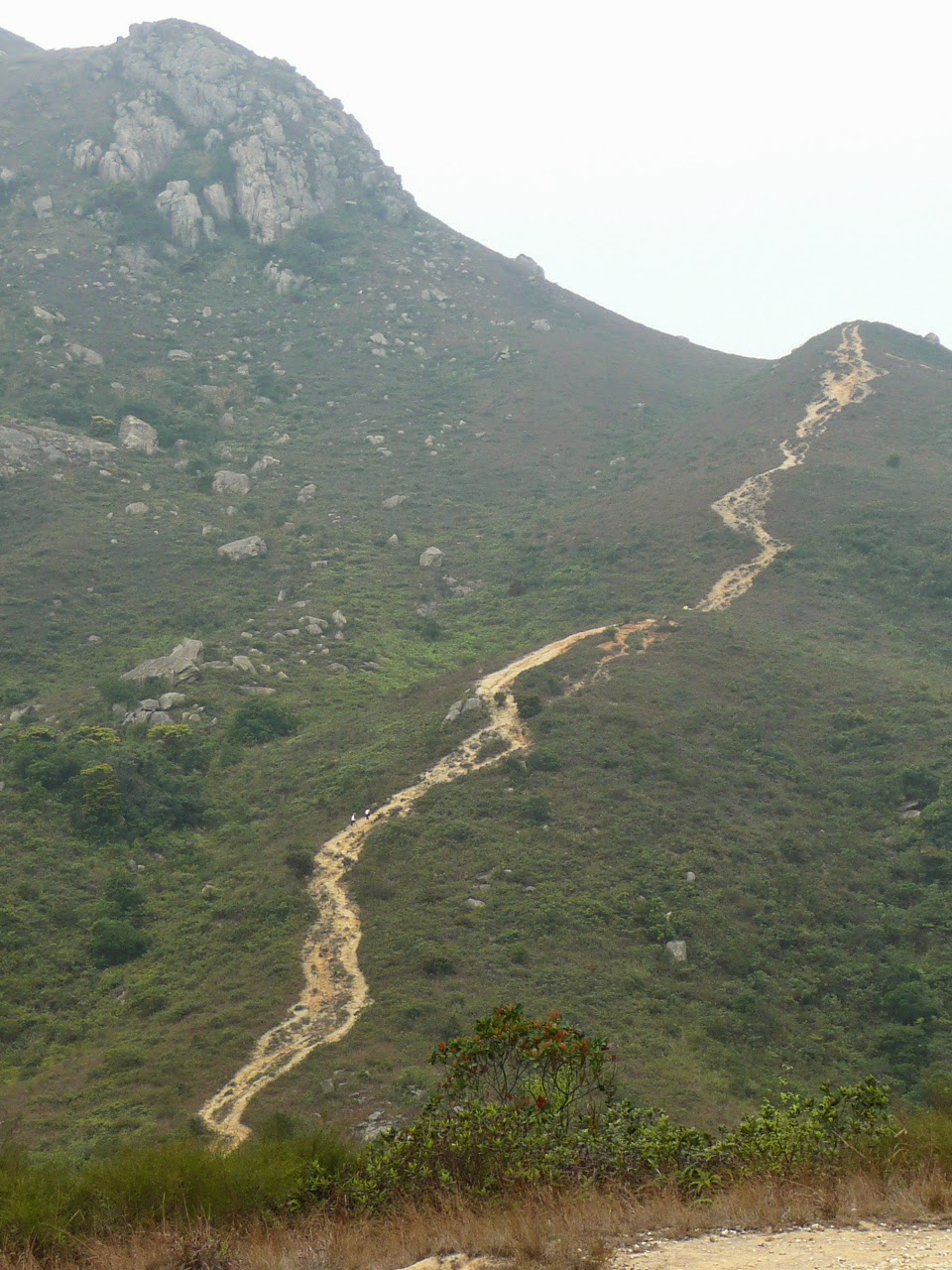 See what I mean about the difficult part? 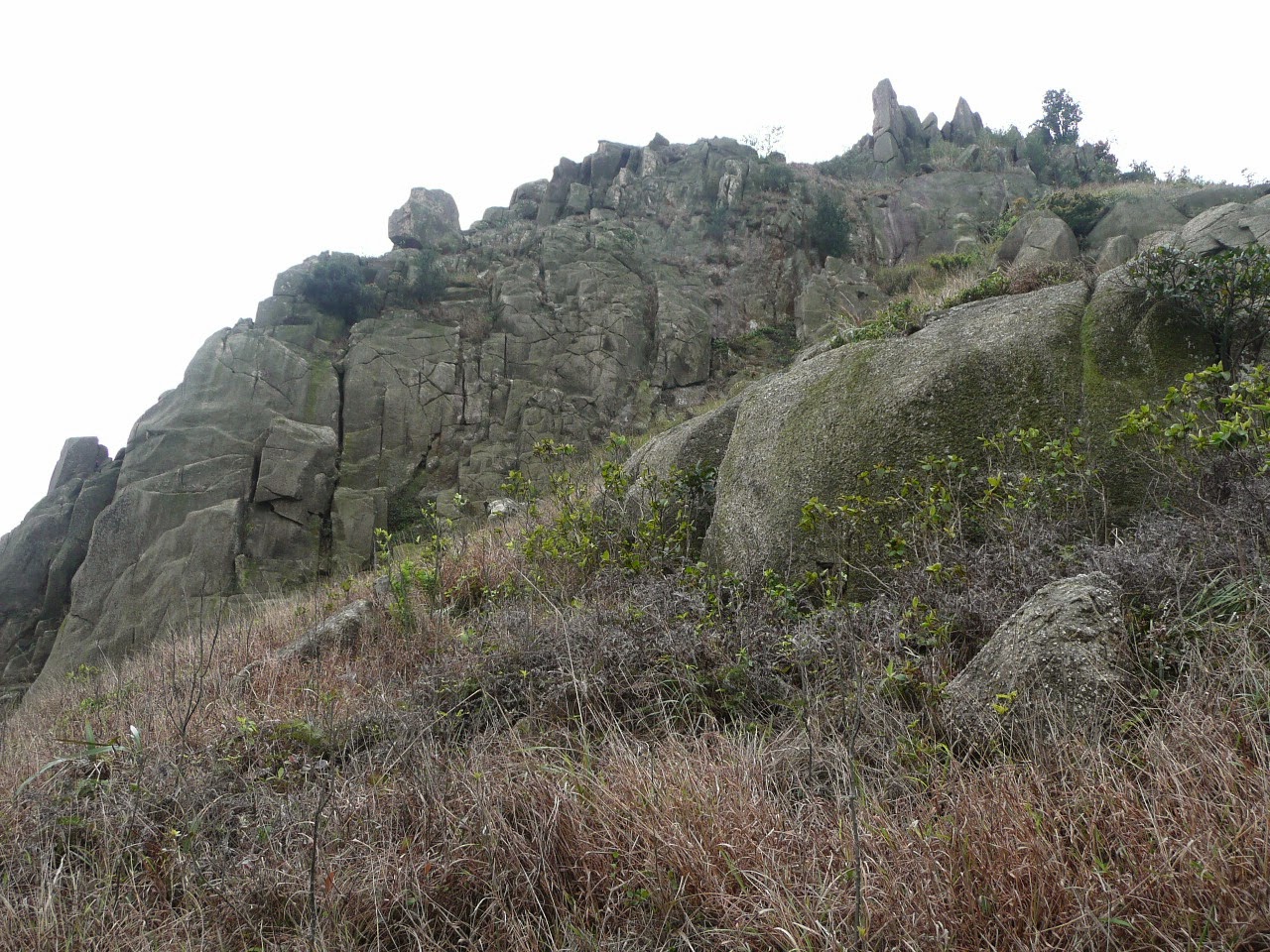 You may think that when you get up those rocks,
you've made it up to the top of Lo Fu Tau... 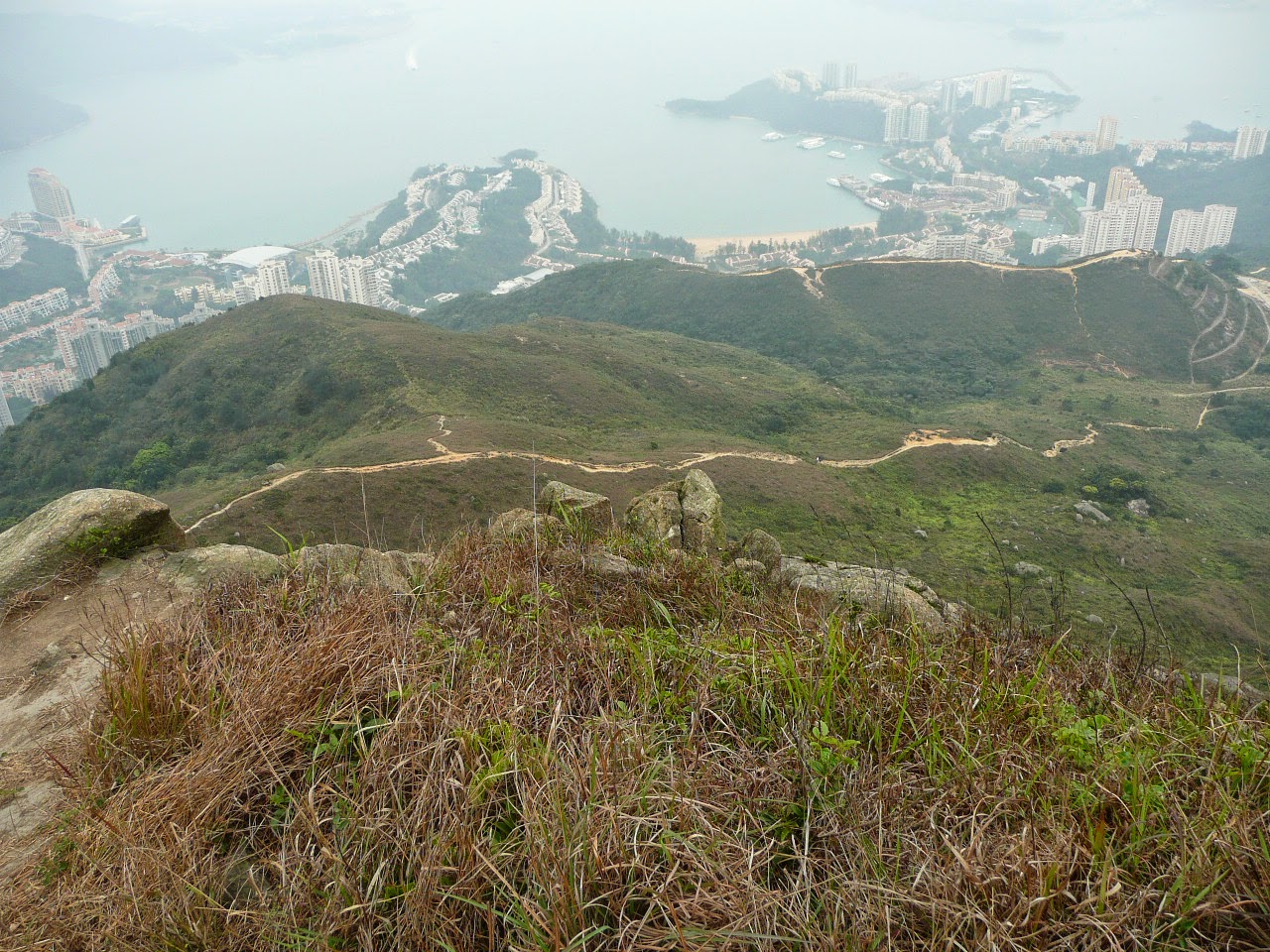 ...and it's true enough that you get to have
this pretty decent view from up there... 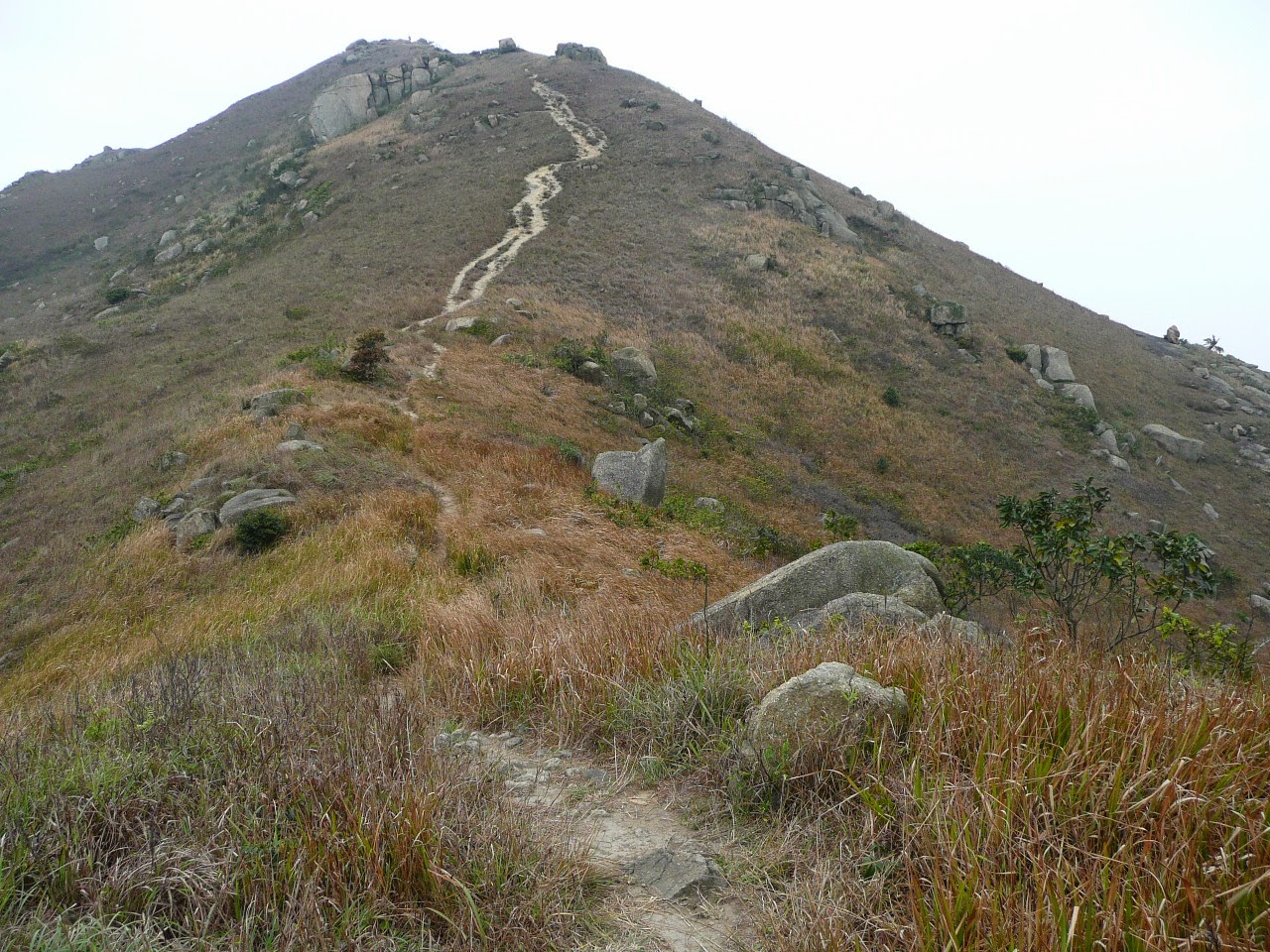 ...but alas, a glance up shows that there's still a ways
to go before one really is at the top of Lo Fu Tau...

Wow,looks like some hike or should I say climb. Not only does the difficult part look long and steep but it's so out in the open to the elements....sun, wind, rain. You must feel a sense of accomplishment and the views are gorgeous.

Definitely about the trail being open to the elements. It's definitely not one I'd want to go on in the height of summer -- or on a rainy day!

Re the gorgeous views: wait until you see my second photo-essay of this hike! ;b

Us usual for you, this hiking post contains photos that would entice any hiker who visits Hong Kong...And your link to hiking.gov.hk contains some great photos of rocks on this trail.

I always like your photos of the serpentine routes of trails (there are some good ones on this post), because I think of Chinese classical painting...I especially like the third photo from the bottom of those gray rocks which do remind me of a fortress.

I'm reading some booklets entitled Magic Walks by Kaarlo Schepel. Even though they were published in the 90's (compiled from SCMP articles), they are still a pleasure to read.

Am glad you find the photo-essays attractive. Re those gray rocks reminding me of a fortress: saw some on a hike a month or so ago that got me thinking of Macbeth and witches somehow! ;b

Re "Magic Walks": Had never heard of them before! They sound intriguing...but have to also say, from personal experience, that trails in Hong Kong do change -- in that some get overgrown and disused and others get created over the years. E.g., the Lo Fu Tau Country Trail didn't officially exist until the 21st century!

What a beautiful day you picked to go hiking on this trail -- and yikes re your having found a door key on it. Hope whoever left that key behind has a spare; this especially since it'd be difficult to find a locksmith working in Hong Kong today, the first day of Chinese New Year!