A hiking mini-adventure in the Northeast New Territories (Photo-essay)

Every time I hike in the area around Wu Kau Tang, I find surprises in store.  On my first visit to this section of the Northeast New Territories, I came acrosss abandoned villages and beautiful purple rocks, and checked out a section of Bride's Pool that I've since never been able to locate again!  On a Chinese New Year hike one year which began at Wu Kau Tang, I finally made it to Lai Chi Wo and found that there a number of other lovely near abandoned villages to the northwest of it at such at Kuk Po.

And on one more hike that began and ended at in the vicinity of Wu Kau Tang (specifically the bus stop at Bride's Pool that the 275R only goes to on Sundays and public holidays), my hiking buddy and I did such as get lost for a time and, as a result, ended up on trails that I had hitherto never been on and saw vistas I had never previously seen, at least not from those angles! Happily, we did not have to resort to calling for help from the emergency services.  Instead, and especially after getting back to a trail that was familiar to me, we can look back at the experience and consider it an actually not bad mini-adventure in the Big Lychee! ;b 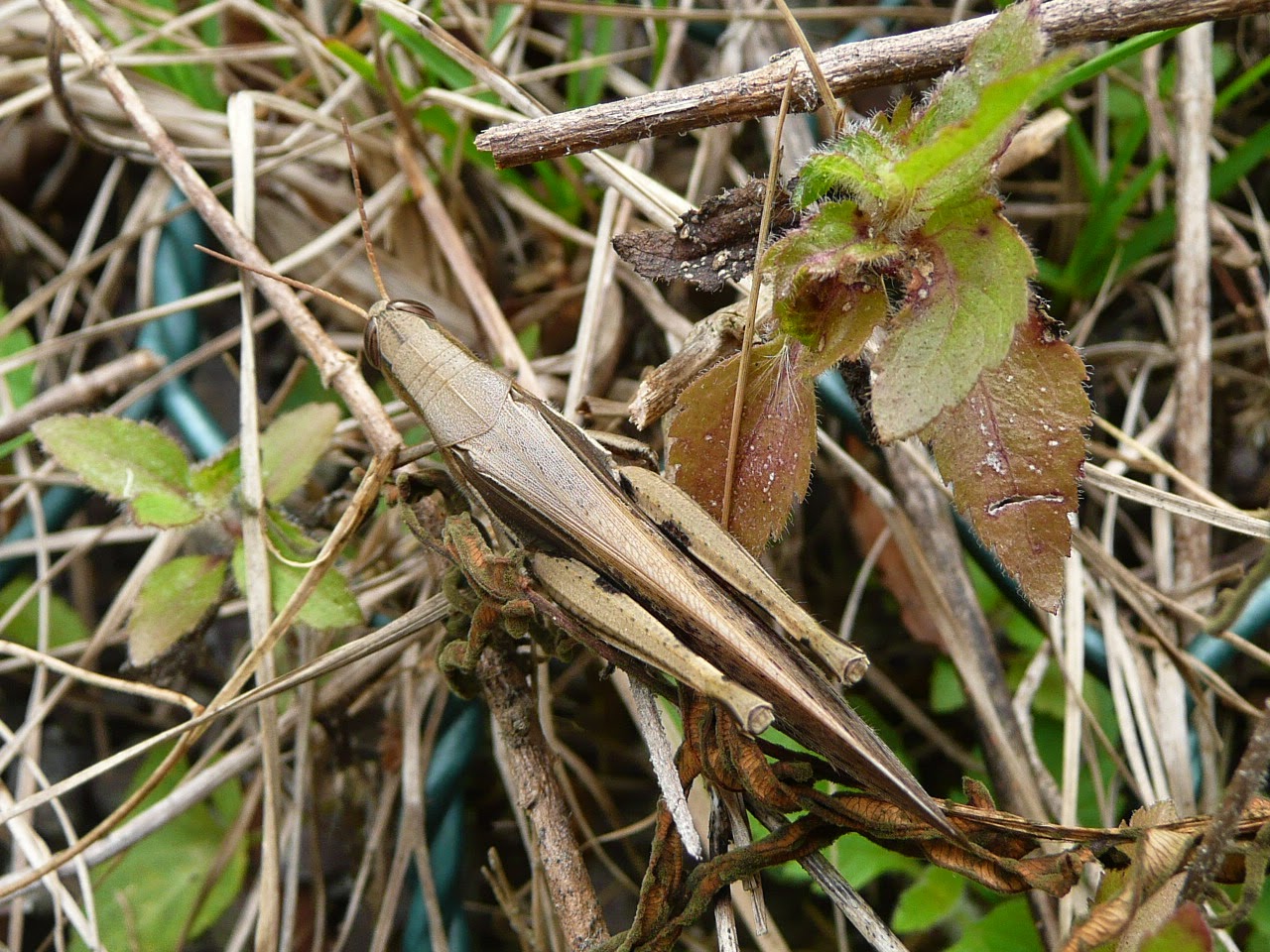 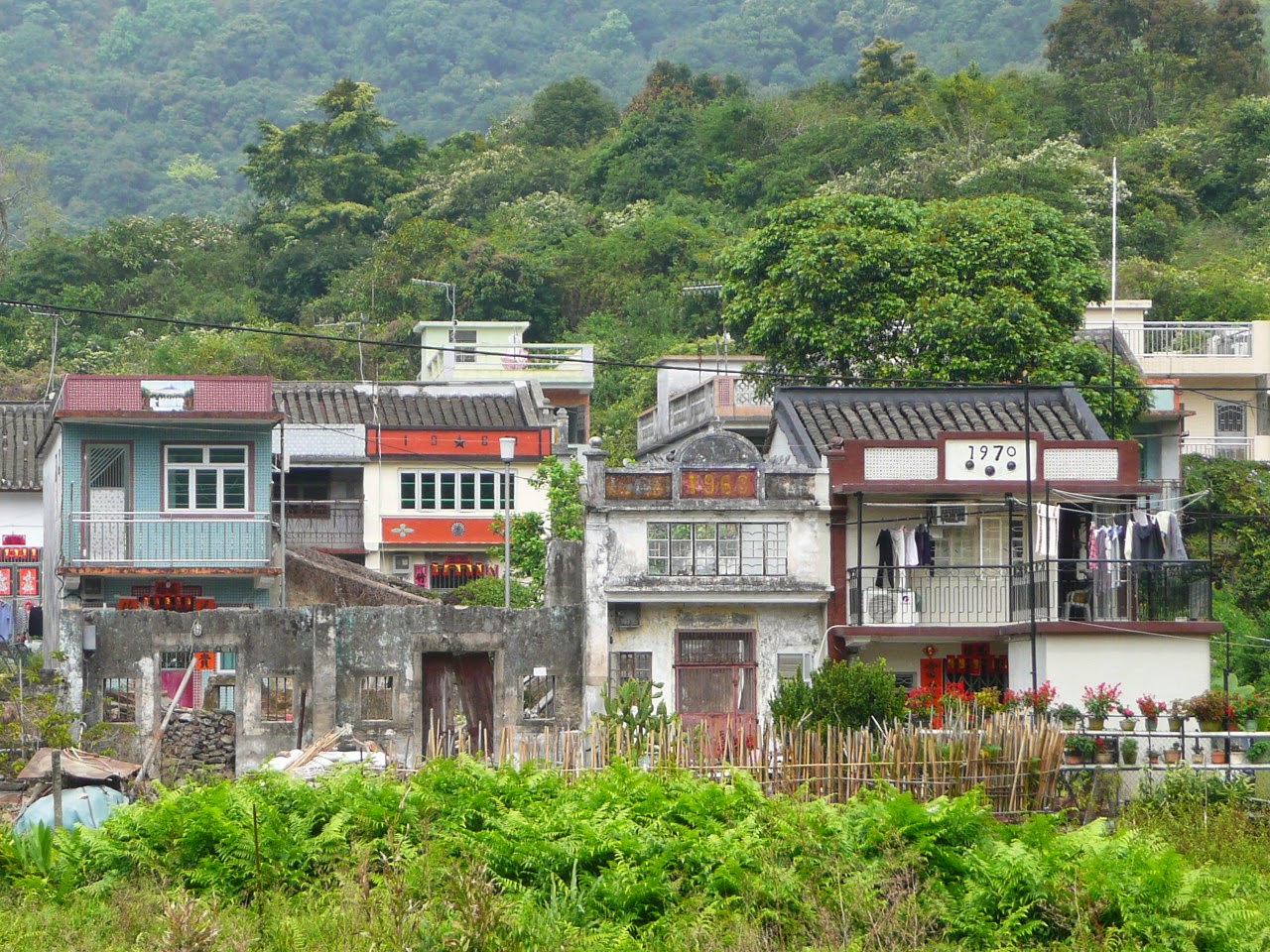 If not for the dates inscribed on them, you'd think that
these village houses were older than they in fact are, right? 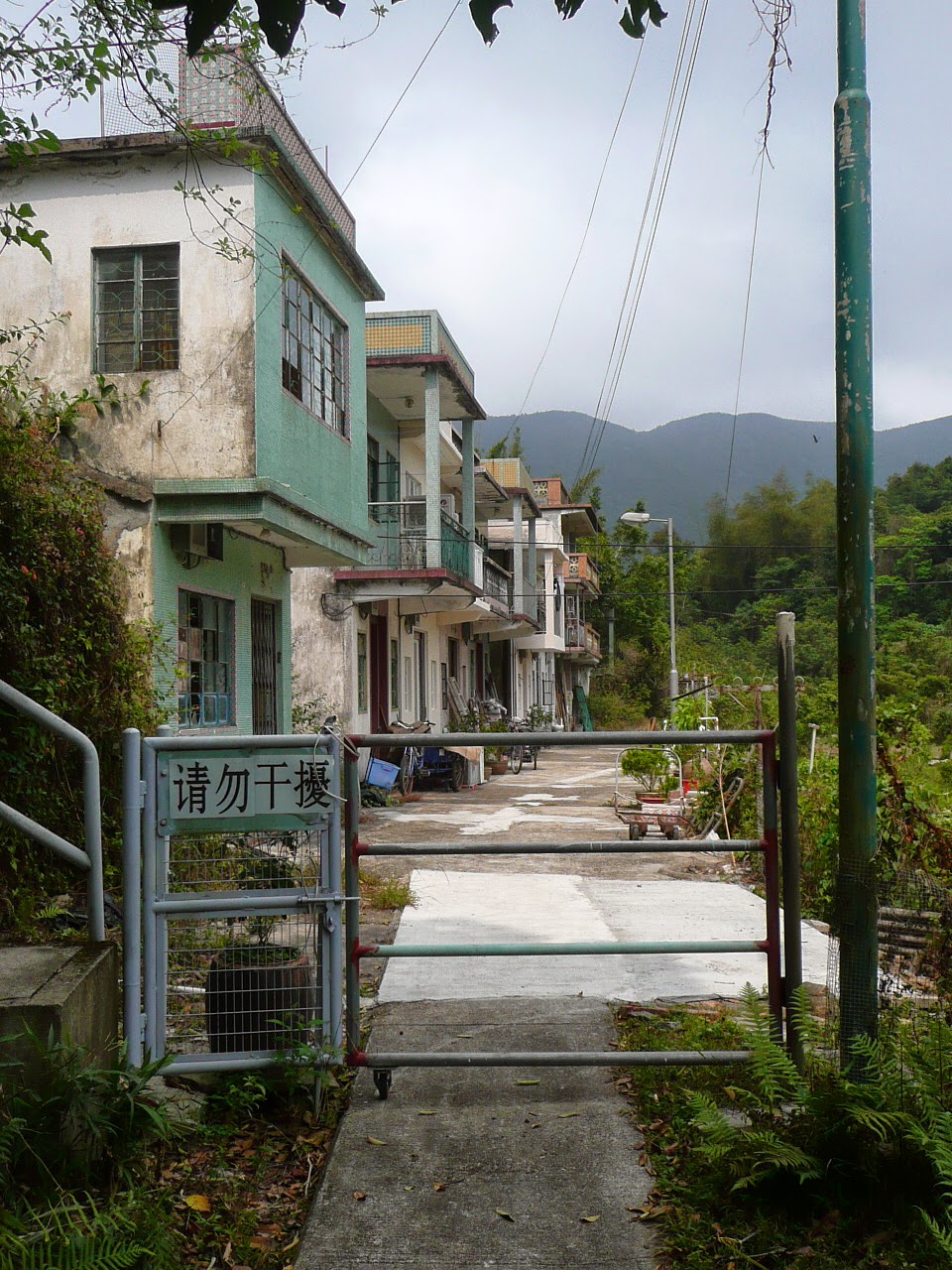 The first big surprise of the day -- discovering that the
nearby village of Kau Tam Tso looked to have been re-inhabited! 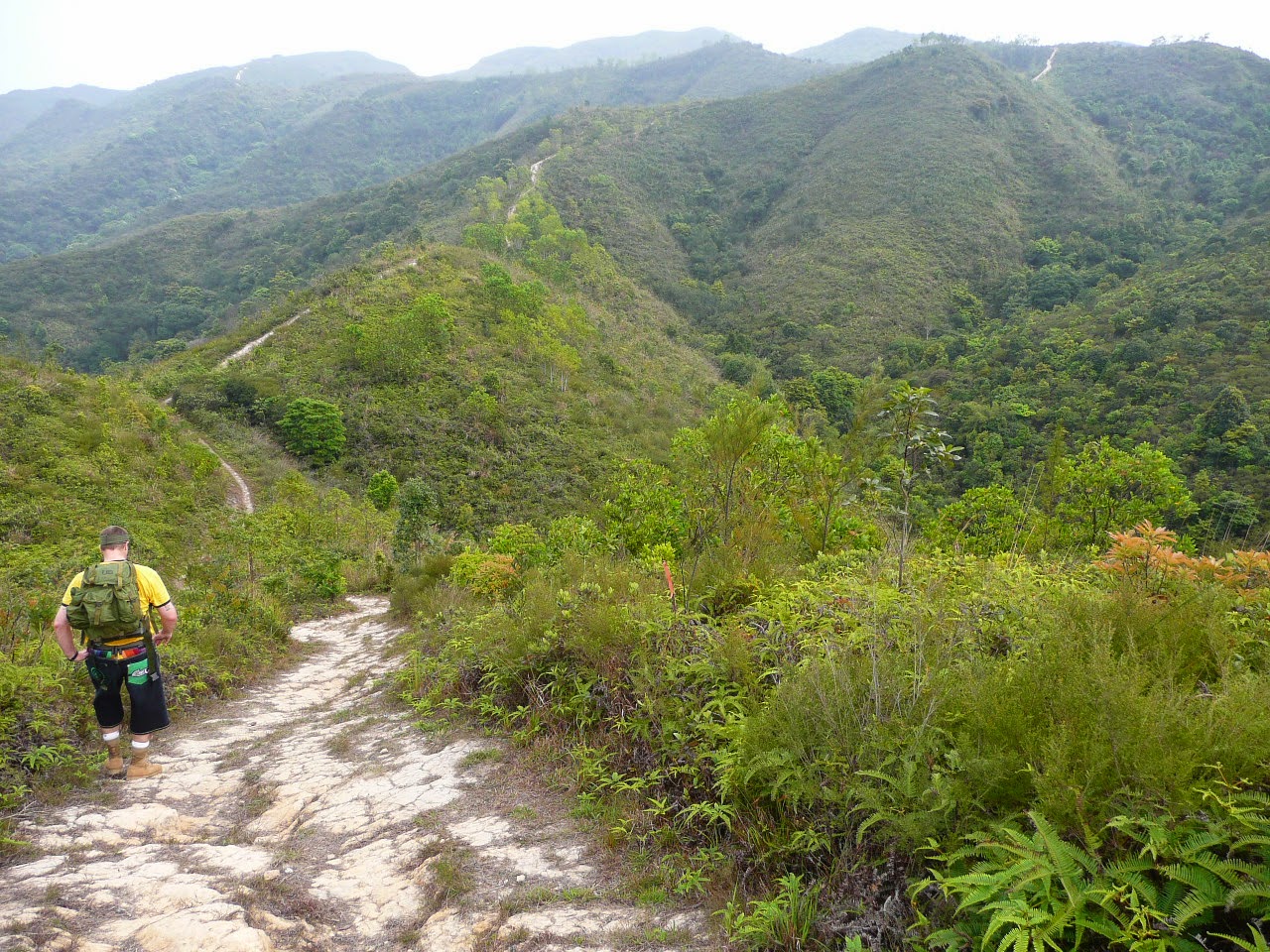 Shortly after passing Kau Tam Tso, we took
a wrong turn and ended up along this hilly path! 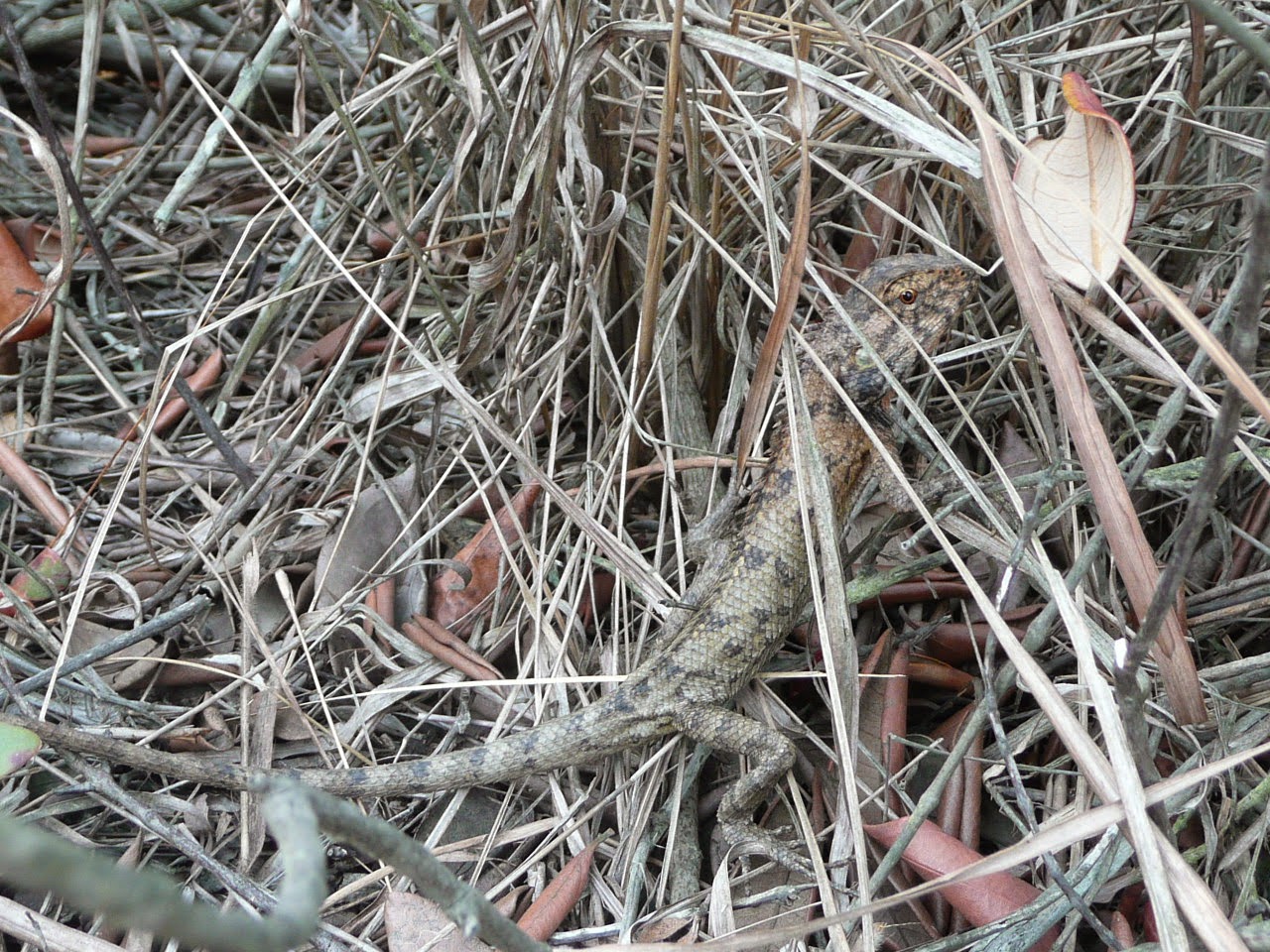 If we hadn't veered off course though, we wouldn't have
come across this interesting looking lizard ;) 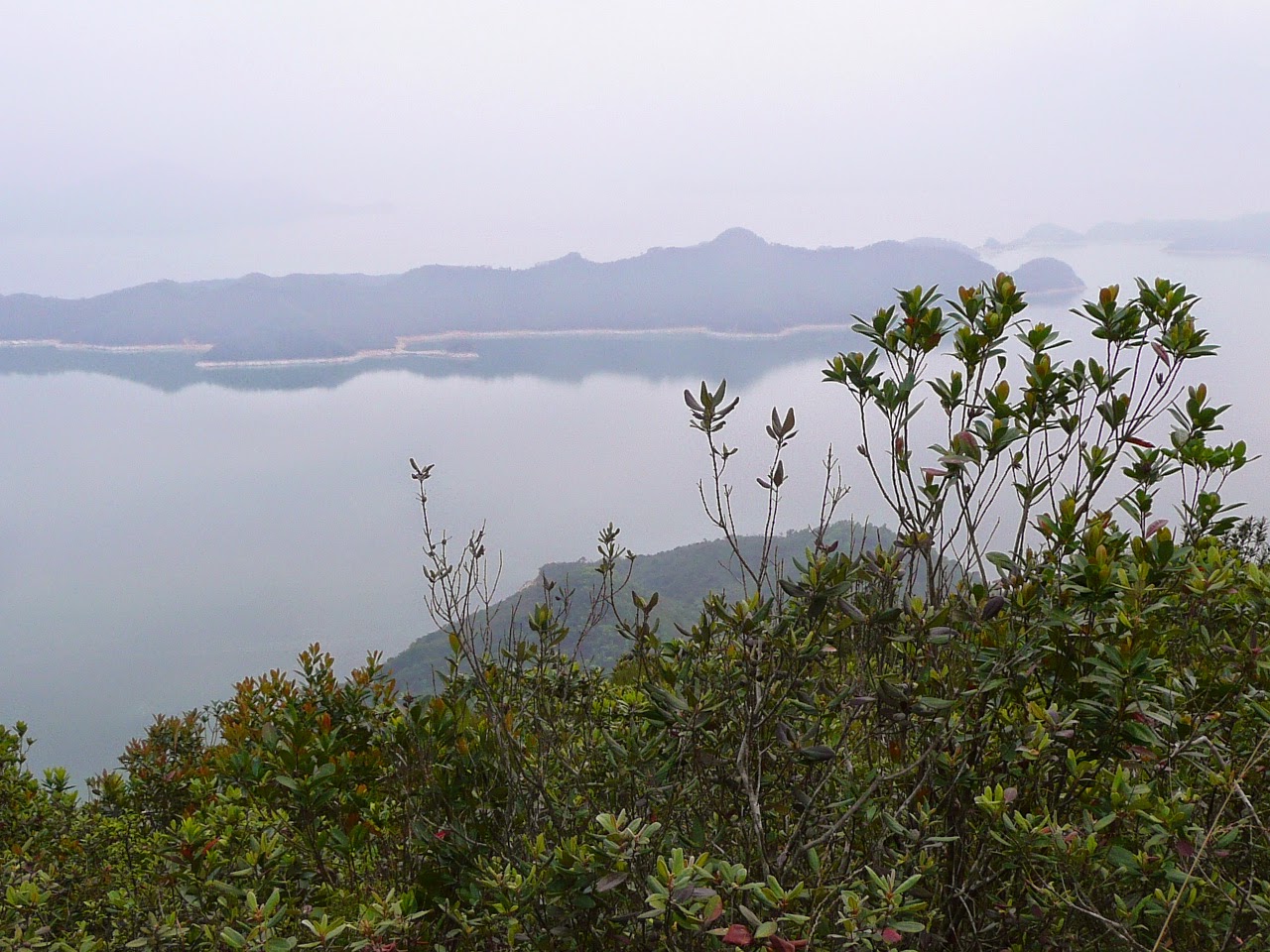 We wouldn't have gotten to see Plover Cove Reservoir
from this particular angle and vantage point either! 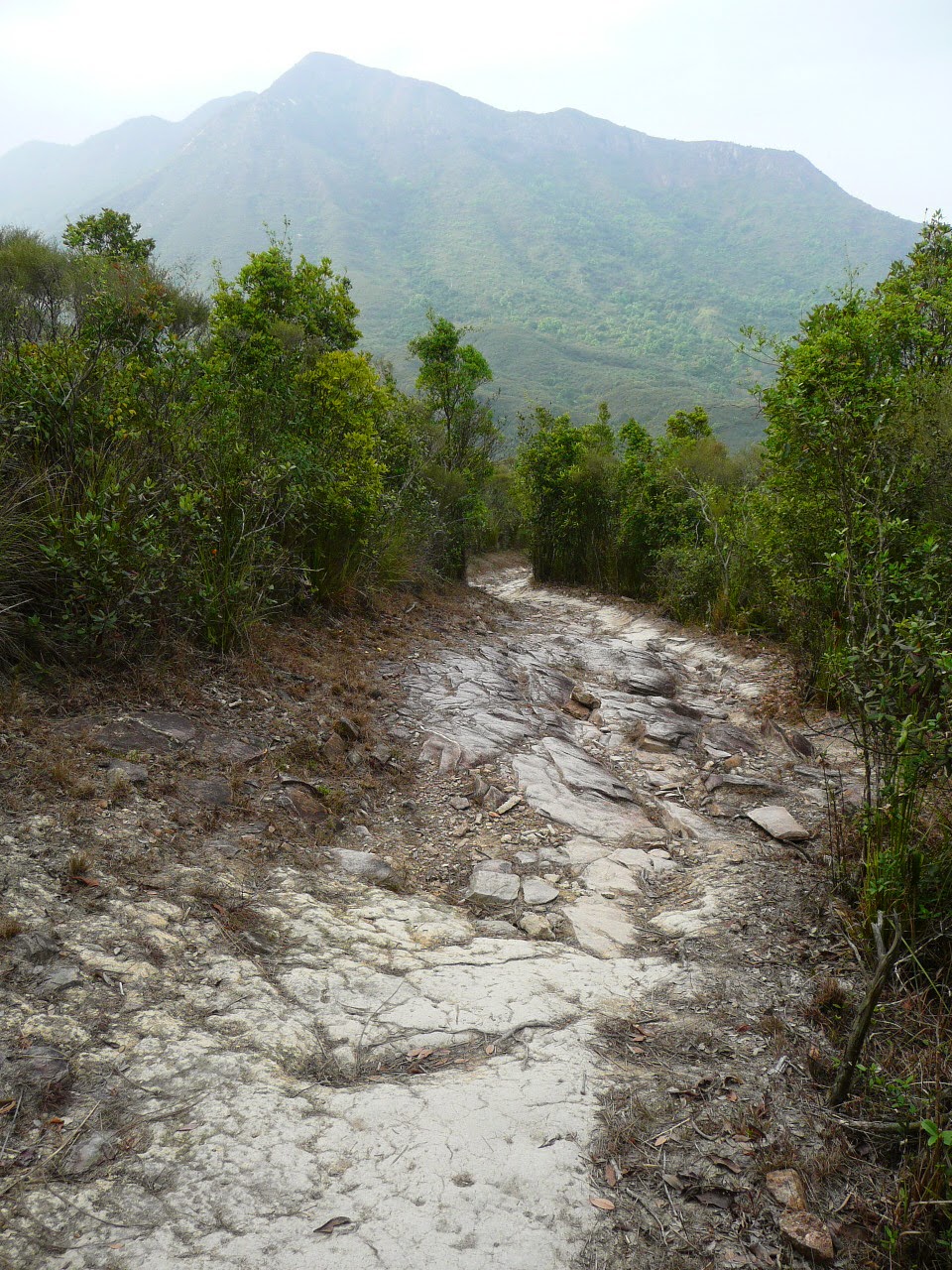 After realizing that we had strayed on to a section of the
Plover Cove Reservoir Country Trail but definitely
not wanting to go along it for long, we were relieved
to find a dotted trail leading northwards and downhill from it 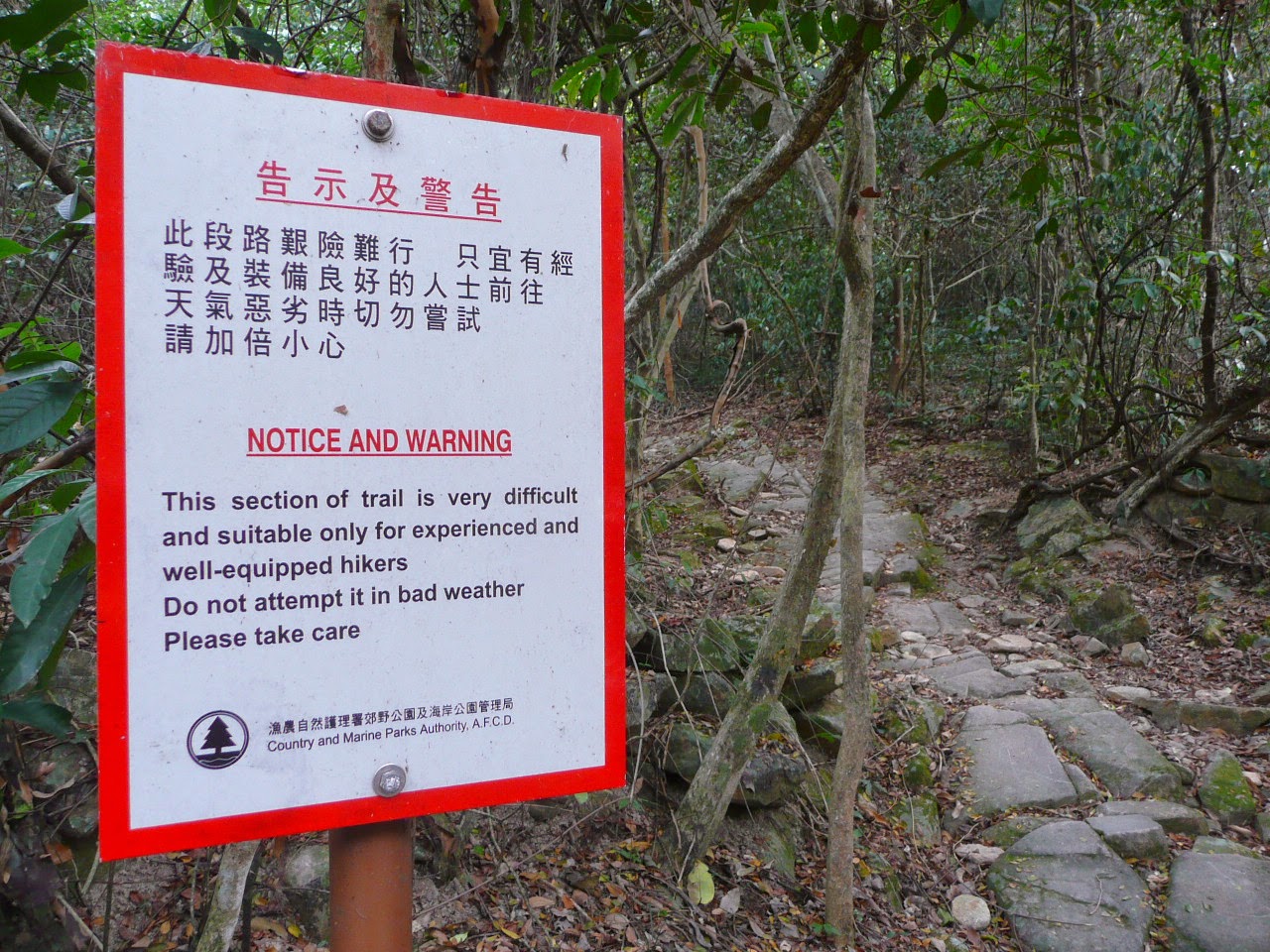 It was only after we were exiting that particular dotted trail
that we saw this warning notice about going along it! :O
Posted by YTSL at 11:59 PM

This hike provided you with some great photos...Sometimes getting a little lost does turn out to be a memorable "mini-adventure."

Speaking of photography, I recently bought the new Panasonic Lumix ZS50, the latest in their line of compact "traveler's zoom" cameras first introduced by them years ago...As I recall you stated on these pages that you use a Sony Cybershot DSC50. Sony is releasing an updated version of this camera in June, the DSC90v.

I hope you'll be able with your Panasonic Lumix ZS50. I do indeed have a Sony Cybershot -- DSC HX-50V, to be precise. I'm generally pretty happy with it but I do miss the specific macro function and sunset setting that my old Panasonic Lumix DMC-TZ2 had.

Definitely hope that my current camera will last me for a while. Among other things, I tend to get stressed when buying new things, especially electronic products! ;S