Above the Line: People and Places in the DPRK (North Korea) and related attempts to understand North Koreans 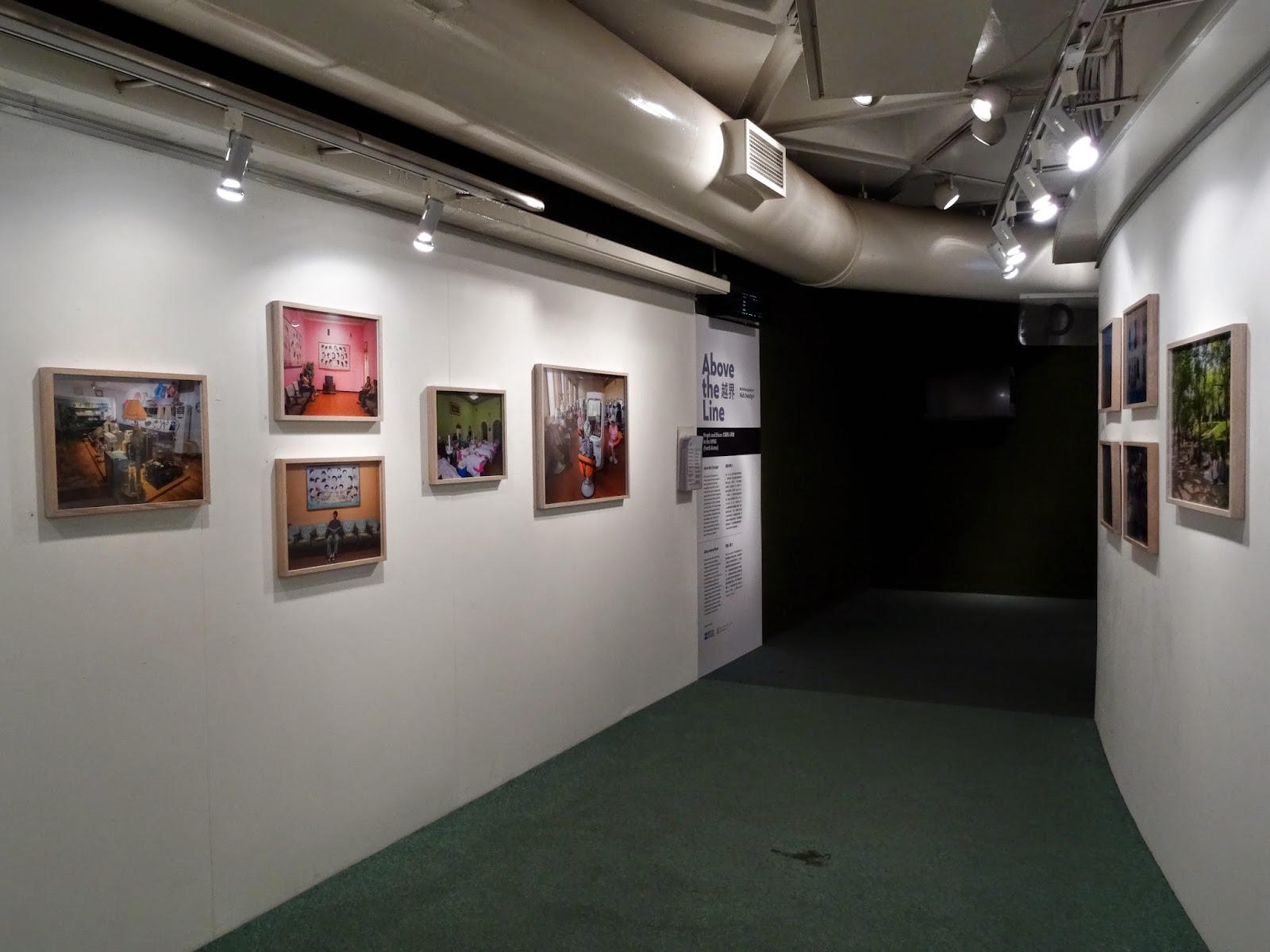 Above the Line: People and Places in the DPRK (North Korea)
is a British Council exhibition taking place at
the Hong Kong Arts Centre through to the 28th of this April 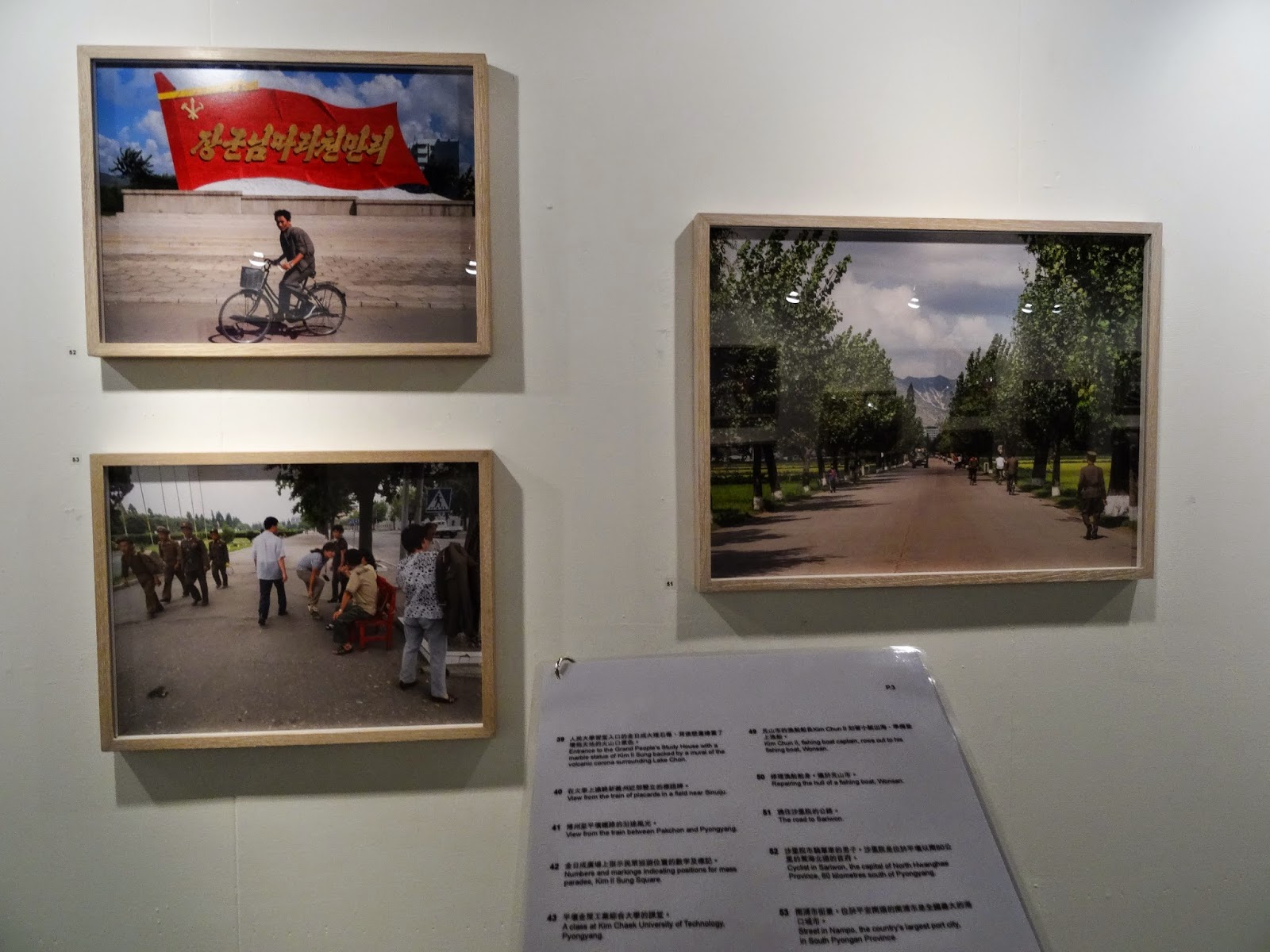 For at least the first two decades of my life, North Korea was one of the countries that my passport was not valid for.  In recent years, I've been allowed to visit the Democratic People's Republic of Korea -- as the country is formally called -- but the only time I've been on North Korean soil was very briefly, when I visited the Korean Joint Security Area's Conference Row.


Over the years though, I've viewed a number of films about this famously secretive country -- including Songs from the North (which I saw earlier this month), and Daniel Gordon's The Games of Their Lives, a fascinating and entertaining documentary about the North Korean football team that played in the 1966 World Cup Finals and won the hearts of quite a few non-North Korean football fans over the course of the tournament -- and also done such as attended talks about this largely isolated land by people who've visited it (such as a Koryo Tours staff member).


In addition, while living in Tanzania (which -- for those who didn't know -- had a socialist past), I met a few North Koreans, all of whom worked for and at their country's embassy there.  If truth be told, the conversations I had with these folks tended to be on the surreal side -- what with their wearing enameled badges with their country's flags and leaders' faces on them, and forced fixed smiles for much of the time, while trying to foist copies of thin books purportedly written by Kim Il Sung and Kim Jong Il into my hands. And then there was the time that I found out that South Korea was referred by them as "the puppet regime"...!


So it actually wouldn't be an exaggeration to say that the films I've seen about this country with a population of 23 million (notably those made by the British Daniel Gordon, whose Crossing the Line, about American defectors to North Korea, I've also seen) actually give a more human account of its citizens than my actual personal encounters with them!

Above the Line: People and Places in the DPRK (North Korea) is another offering from Britons (in this case Nick Danziger and writer Rory MacLean, the latter of whom wrote the text for the exhibition) that tries to present a balanced view of the country and its people, and largely succeeds in doing so.  Featuring photos of people at play and at work in variety of settings (including at the beach, by roadsides, in a hair salon and even at a dolphinarium), they purport to show ordinary North Koreans -- but one still gets the feeling that they may be more privileged than many others of their fellow countrymen and -women.


In any event, it's interesting to see certain things that wouldn't be considered normal in much of the rest of the world such as the almost total lack of advertising about in the cities as well as countryside, the similar dearth of conspicuous branding on clothes, and the roads -- again, both in the cities and also the countryside -- being close to devoid of vehicles.  And while a case could be made for all of the previously mentioned things not necessarily being bad things, it's also quite noticeable that the physique of the North Koreans in the photos appear unexpectedly different from their South Korean equivalents -- in that the former appear thinner, not just less fat but also less toned and muscular in general.

Because so little is known for sure about North Korea, I do nurse a curiosity to visit it to see and experience things for myself there.  At the same time though, because I can't get away from feeling that so much of what I will get to see, hear and otherwise sense there will be controlled, stage managed and censored, my strong suspicion that a trip there won't actually yield many insights, with the result being that North Korea will still largely stay an enigma to me afterwards.

There is indeed a part of me that wants to believe that life can be okay there for many people but I can't help suspecting that this is not the case.  Otherwise, why is there such a need for the North Korean state to control images of it, and the movement of people -- visitors to the country but also, and more importantly, its very denizens?
Posted by YTSL at 11:23 PM