Her Lonely Lane (aka A Wanderer's Notebook) 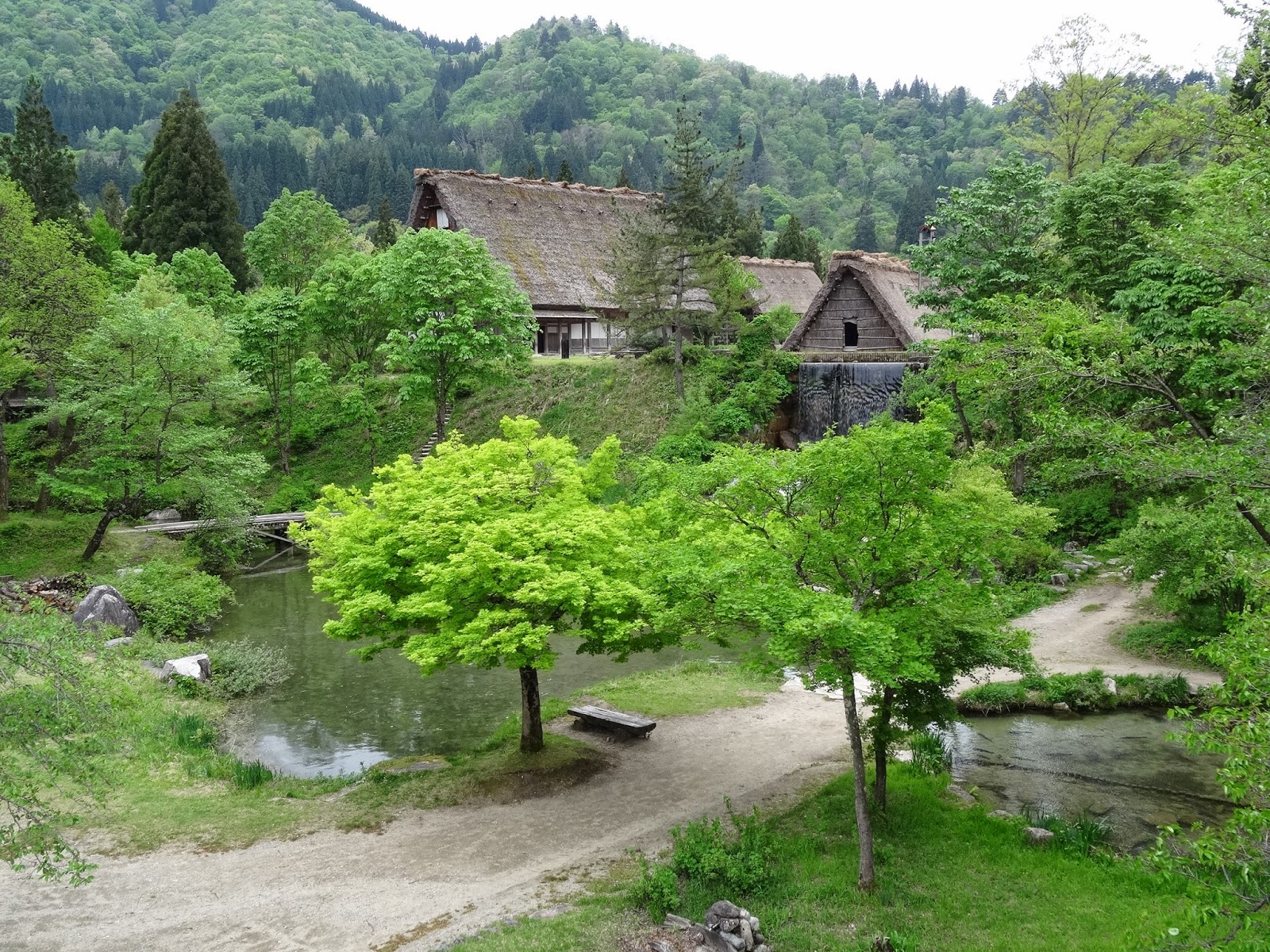 Even in a popular tourist spot like Shirakawa-go's Ogimachi,
one can find quiet -- and lonely? -- lanes ;)
Her Lonely Lane (aka A Wanderer's Notebook) (Japan, 1962)
- Mikio Naruse, dir.
- Starring: Hideko Takamine, Kinuyo Tanaka, Daisuke Kato, Akira Takarada
The fourth Mikio Naruse film I've seen thus far this month -- courtesy of the Hong Kong International Film Festival Society -- is the first of the quartet to not star Setsuko Hara. Instead, this biography of writer Fumiko Hayashi (a number of whose works Naruse made into films, including Repast) stars the director's favorite actress, Hideko Takamine.

Like many of Naruse's other films, this is a drama that centers on a woman whose life is not happy for the most part.  Although Fumiko Hayashi went on to achieve major professional success and considerable wealth, and also eventually found a husband who appeared to care greatly for her, the early decades of her life were filled with poverty, frustration and unsuccessful romantic relationships.
Born out of wedlock, her mother (played in the film by Kinuyo Tanaka) left Hayashi's biological father for a man who, early on in Her Lonely Lane, is arrested for peddling cosmetic products that have the police scoffing at what they claim to be able to do.  For years, the trio roam around the country trying to sell wares that appear to have few takers until the day that Fumiko announces that she's adult enough to look after herself and thereupon stays in Tokyo to try to make her own living while her mother goes off to Kyushu to look after her hapless husband.
There's what appears to be an inside joke when at least two different people suggest that Fumiko consider getting work as a bus conductor (Naruse's first film with Hideko Takamine was 1941's Hideko, the Bus Conductor), only to be given various reasons why she couldn't get this job, including Fumiko not having the right temperament and also being too myopic.  Instead, the young woman becomes a hostess in bars (more than once) and, at other times, paints facial features onto dolls in a factory that resembles a sweatshop.
Terribly impoverished, to the point where there are days where she struggles to find money to buy food, never mind pay the rent, Fumiko nonetheless manages to scrape together funds to buy books (which she often needs to re-sell later) to avidly read, and pen, ink and paper to indulge her passion for writing.  From her remarks and actions, it's clear that she loves food, reading and writing -- so much so that she's happy to get published without being paid.  And although she regularly rebuffs the romantic advances of a nice widower (Daisuke Kato), it soon becomes apparent that she finds it hard to resist handsome men -- like fellow struggling writer Fukuya (Akira Takarada) -- who, sadly, tend to let her down eventually.

In a manner that reminds me of Tang Wei playing Xiao Hong in Ann Hui On Wah's The Golden Era, Hideko Takamine (whose work usually impresses) doesn't quite convince as a struggling writer who spent years being so financially strapped that she often literally went hungry.  At the same time, she does convince as a woman who clearly relishes whatever foods she is seen eating on screen and talking about -- to the point that this is one more Japanese film (like Hirokazu Kore-eda's Still Walking) that, despite it actually not being specifically food-themed, made me hungry for certain dishes described in it!
More importantly, Takamine is indeed compelling in her portrayal of a woman who, for various reasons, was limited in terms of her professional opportunities and personal options for much of her life.  And yes, Fumiko sometimes did make wrong decisions along the way -- but in Her Lonely Lane, it's often made understandable why she acted the way she does. So when fortune finally does smile on her, one does feel good that it did indeed happen, and think it well deserved on her part.
My rating for the film: 8.0
Posted by YTSL at 6:59 PM