The Hong Kong International Film Festival is still going on -- and in fact, earlier this afternoon, I was treated to seeing a beautifully clear version of The Bride with White Hair on a big screen!  But in part because I feel so emotionally overwhelmed by that viewing experience, I don't feel like continuing with my HKIFF film reviewing and will, instead, put up a photo-essay of a hike that a certain Puppet Ponyo went along with two friends and myself!

Incidentally, more than one person has asked me how come I don't regularly bring Puppet Ponyo along on my Hong Kong hikes.  One reason is because, often, we get all sweaty while hiking -- and I don't think it'd be good for Puppet Ponyo to get covered with sweat (too)!  But the day that we hiked from Wong Nai Chung Gap to the Tai Tam Reservoirs via Jardine's Lookout and Mount Butler was actually pretty nice weatherwise, so I figured that it'd be a good day to finally get her up to these high points of Hong Kong Island that I like going up so much I've done so at least five times now! ;b 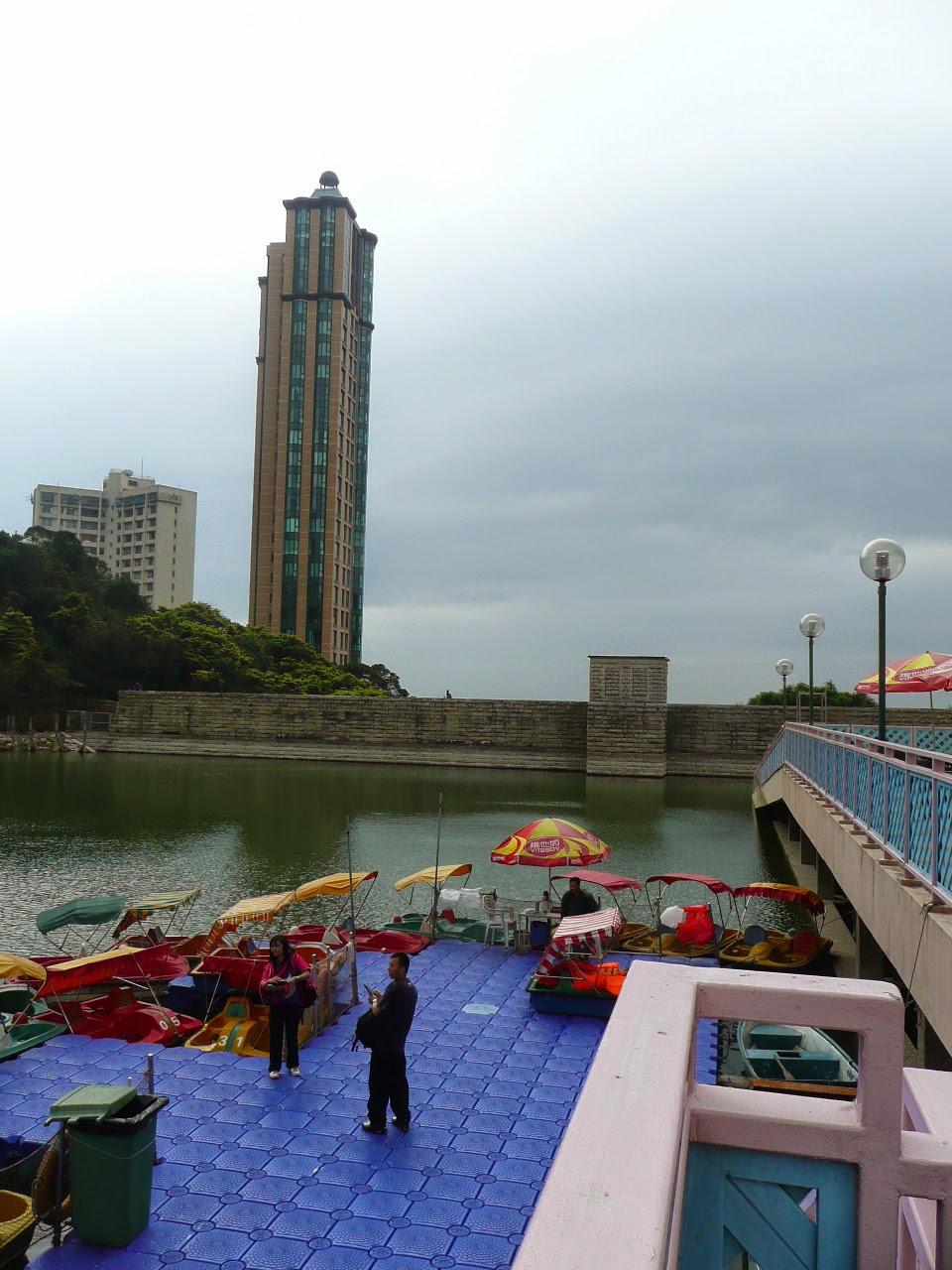 Some day, I'll actually go on one of those pedal boats at
Wong Nai Chung Reservoir Park, not just take photos of them! ;) 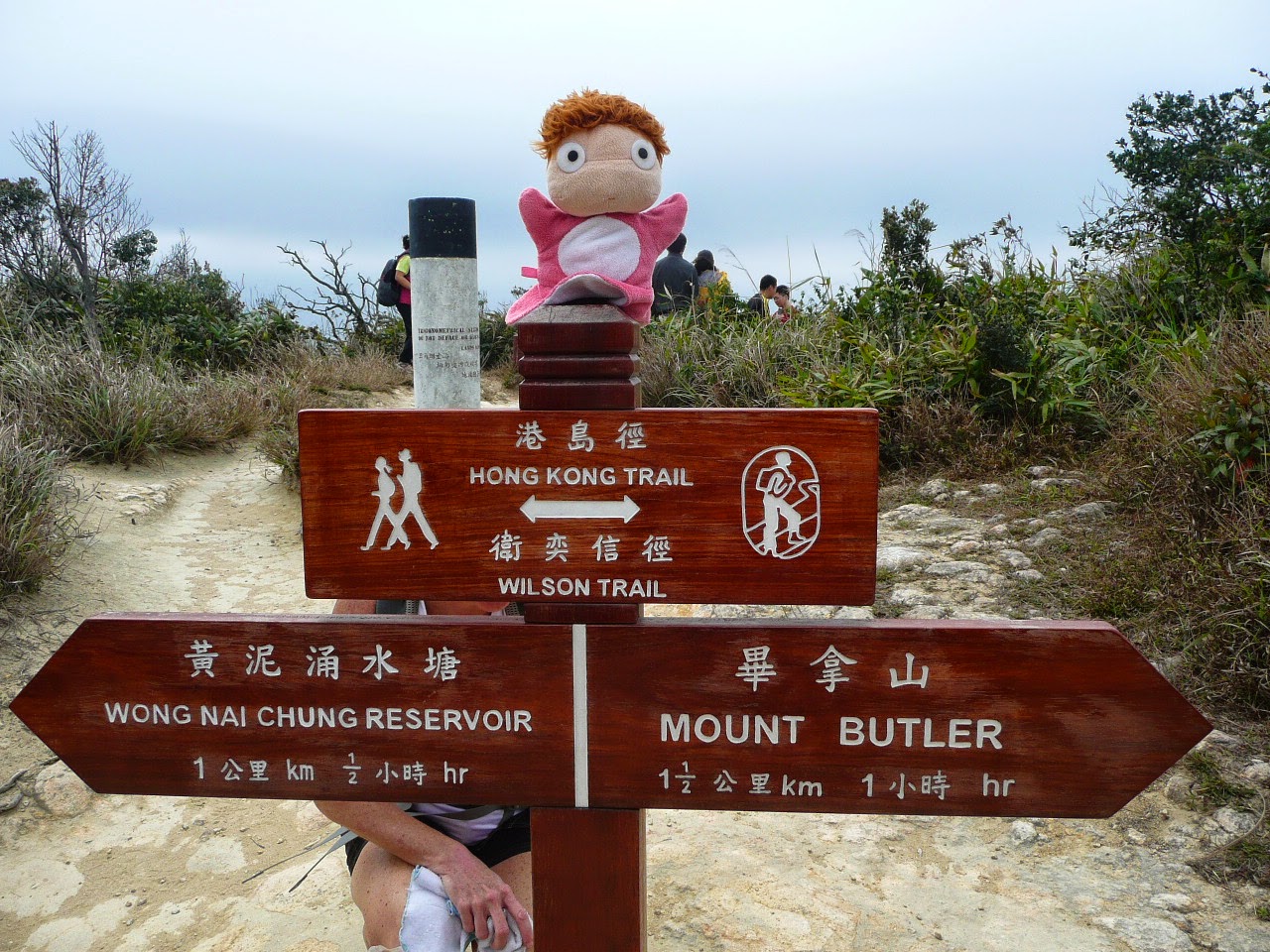 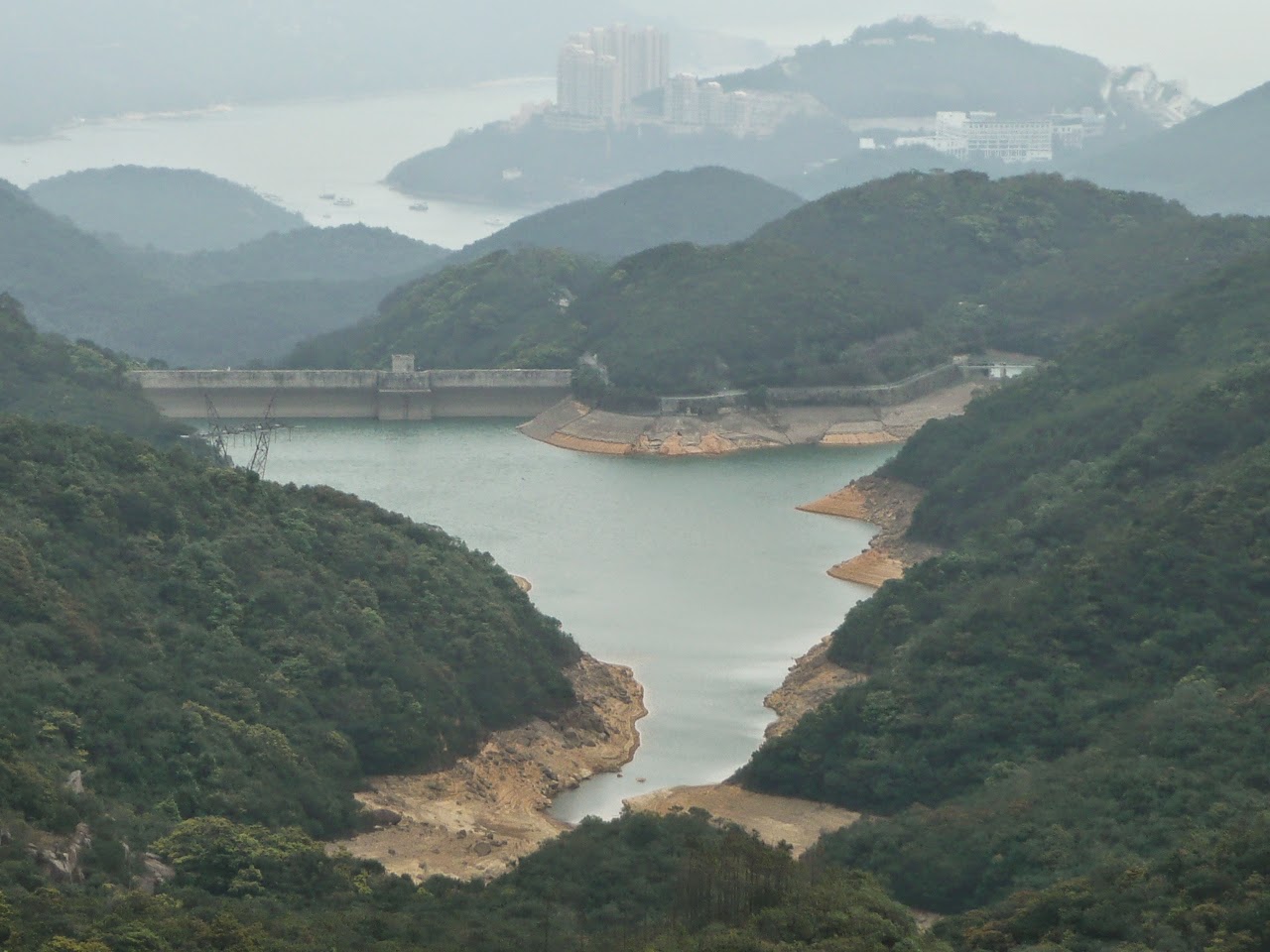 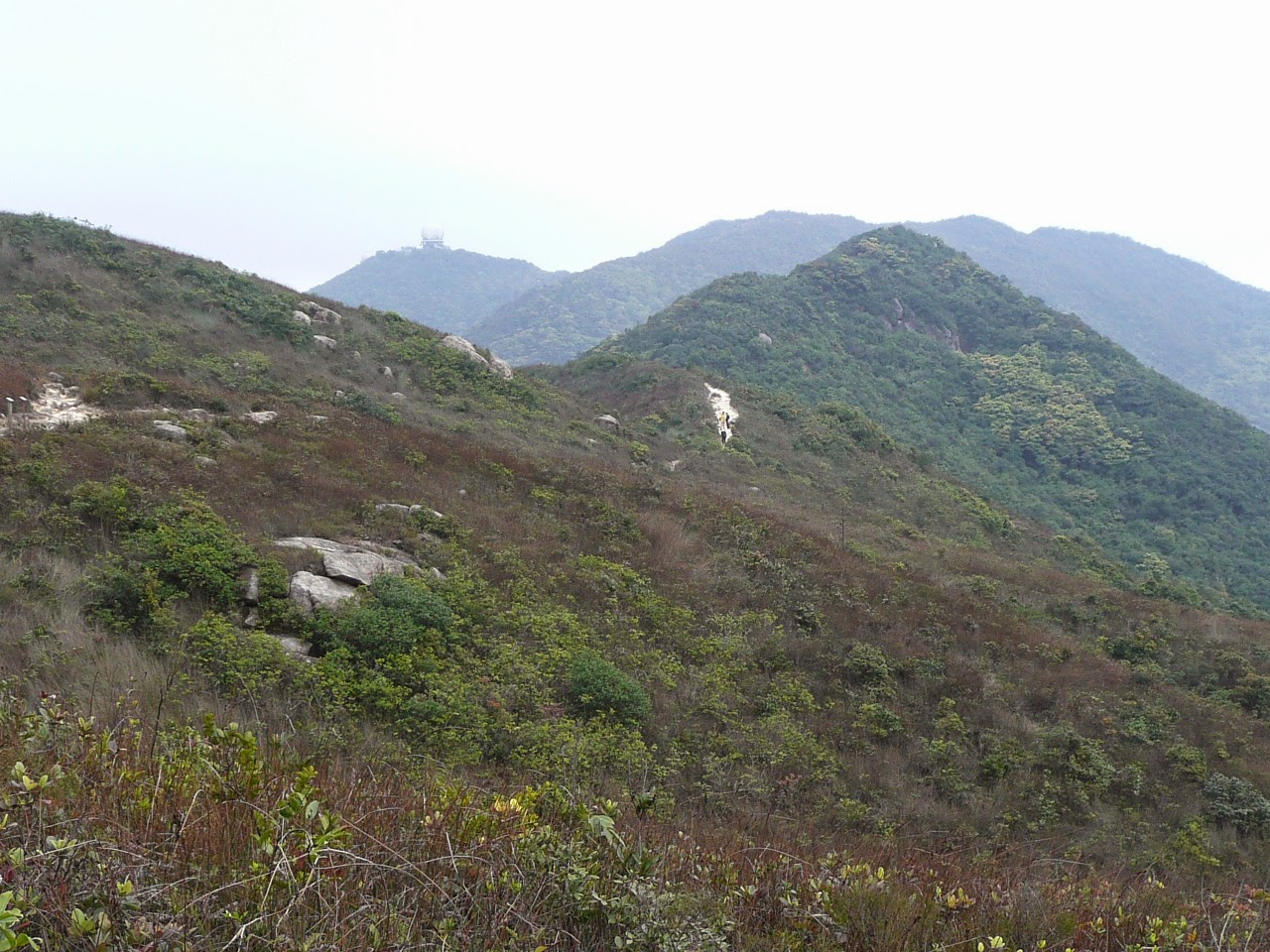 A non-built up section of Hong Kong Island which many people never see,
and which I had no idea existed before I moved to the Big Lychee! 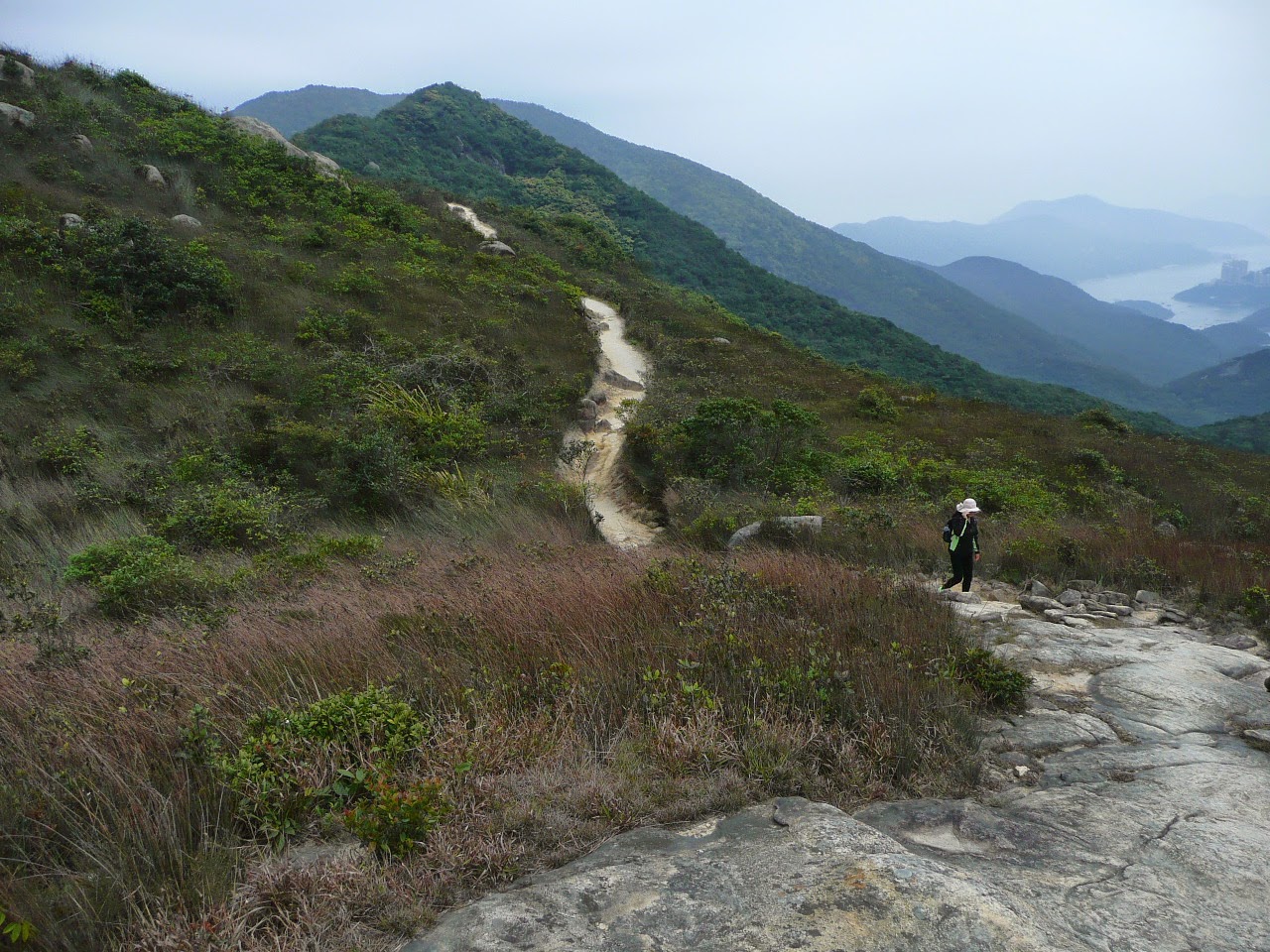 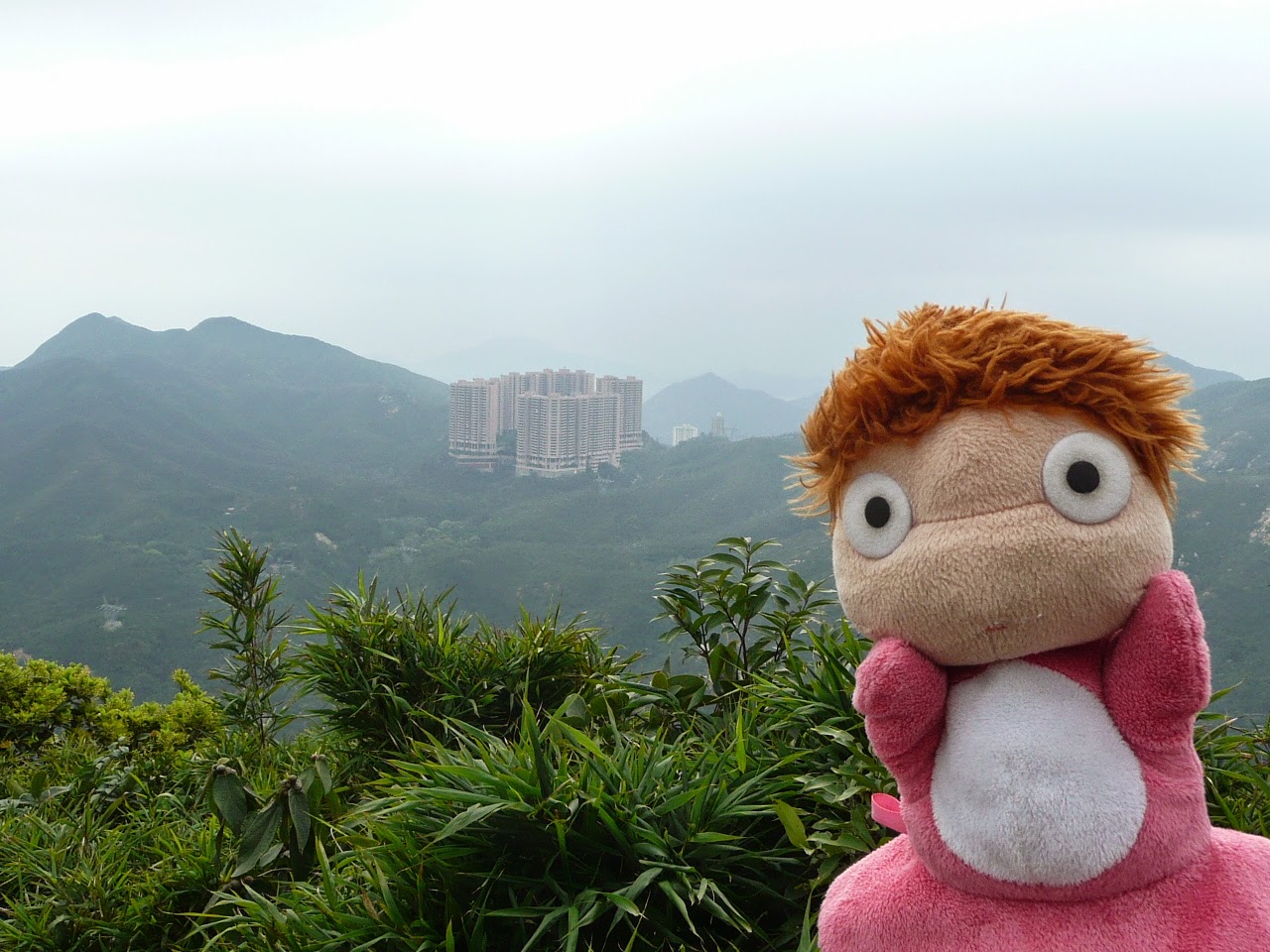 Puppet Ponyo atop 436-meter-high Mount Butler,
with Violet Hill and Parkview in the background :) 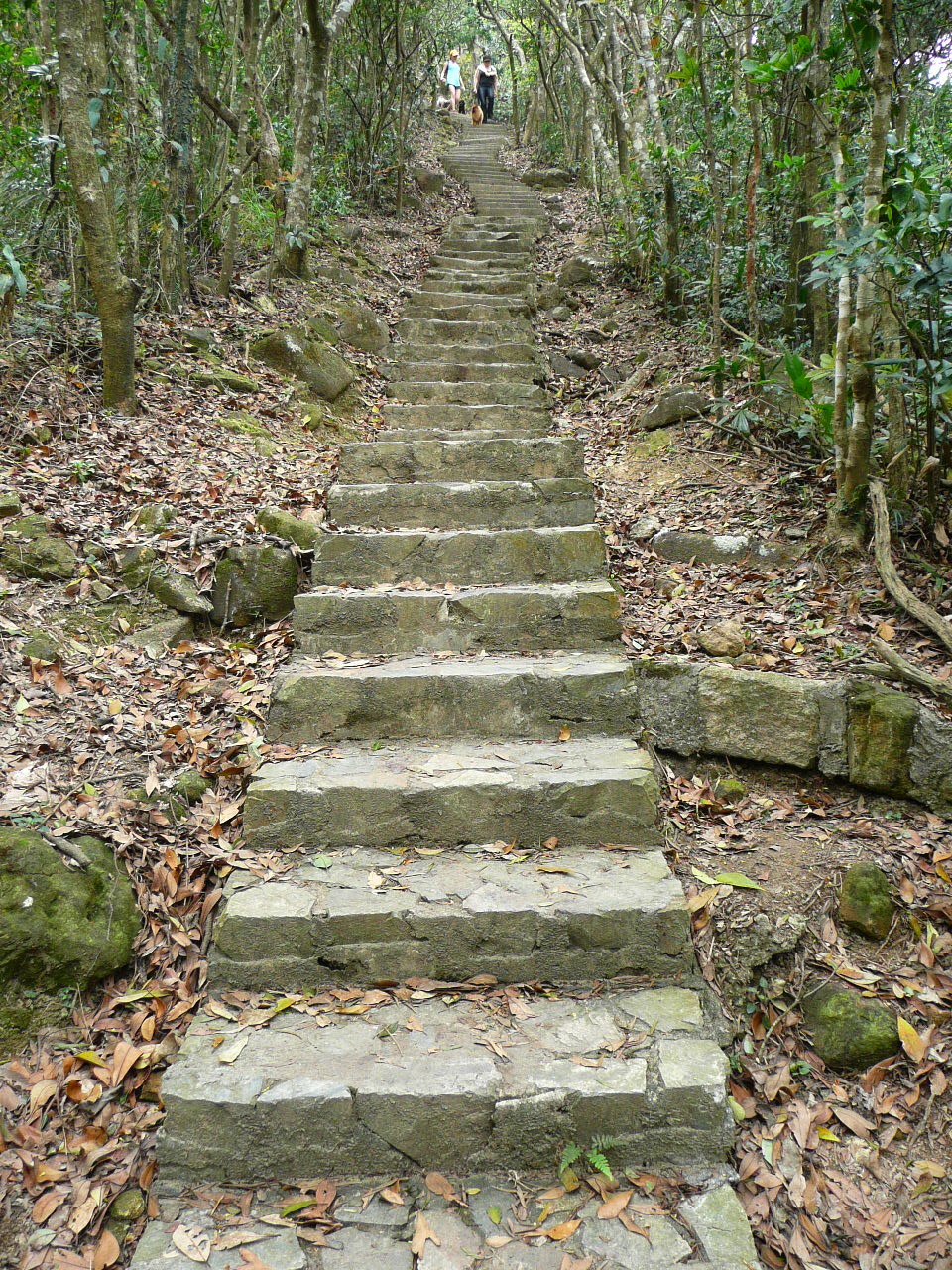 Hong Kong Island's Jacob's Ladder -- which is
quite a bit steeper than the Sai Kung Peninsula's! 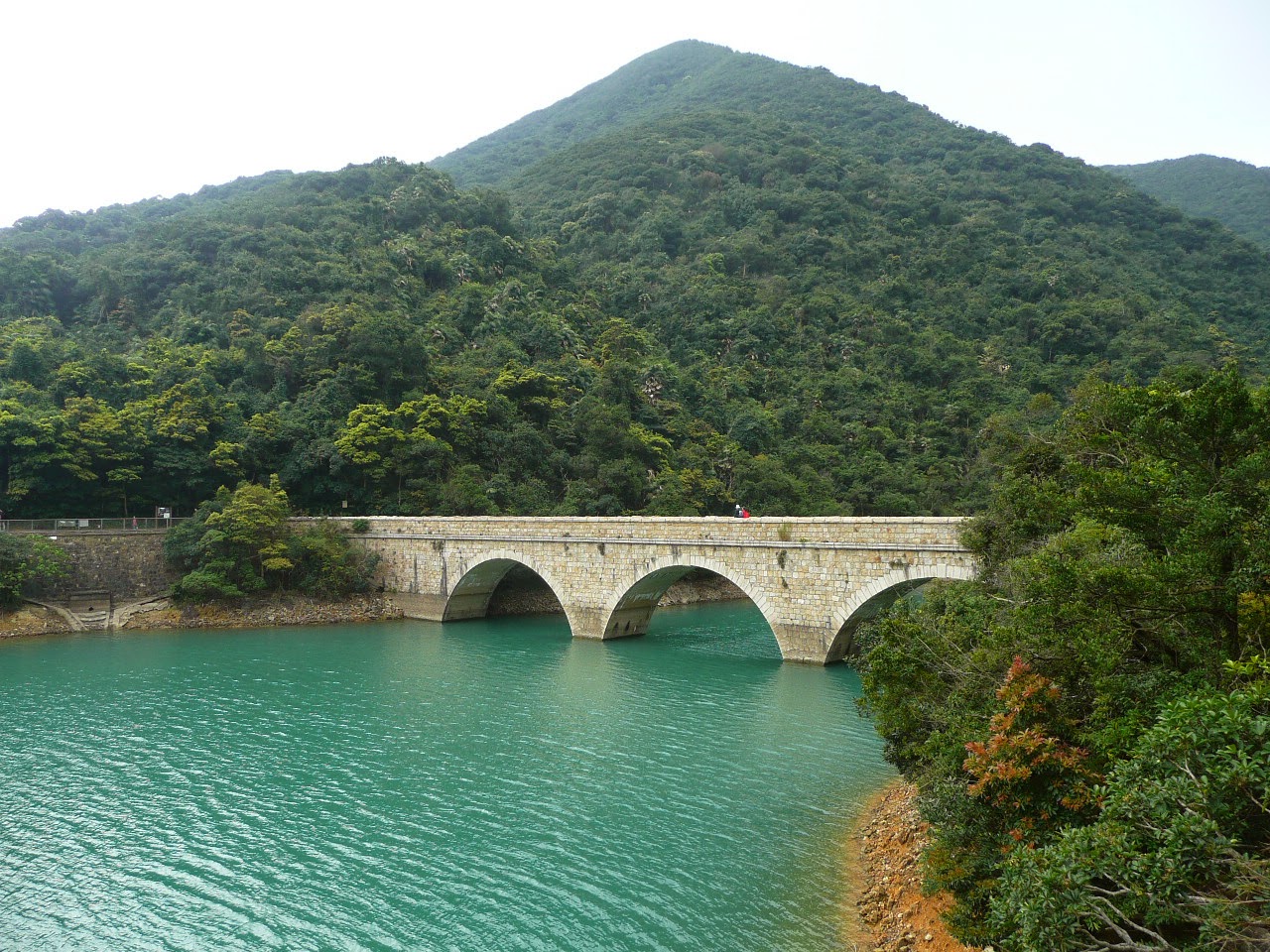 The Tai Tam Tuk Masonry Bridge built in 1907 is one of 21
structures of interest along the Tai Tam Waterworks Heritage Trail
Posted by YTSL at 6:19 PM

You've selected some excellent photos to enhance your description of a hike which illustrates, yet again, that not far from the bustling streets of Hong Kong, nature's beauty awaits.

I especially like the photo of the serpentine trail with the small figure of an approaching hiker dressed in black and wearing a white hat. Also, the wide angle shot of Jacob's ladder is so peaceful, one could meditate on it.

And what a special spring surprise it is to see that Puppet had joined your group. In both of her photos (especiallly the one from atop Jardine's Lookout), she displays the same kind of exuberance as in her foreign travels. This Jardine's Lookout pose definitely qualifies as one of her classic photos. In fact, she looks so free and independent, it wouldn't be unreasonable for her to request your permission and assistance in creating her own personal blog.

I'm glad you like the photos in this photo-essay that are sans as well as with Puppet Ponyo! And teehee re the thought of her having her own personal blog -- but I think it's best for her to "just" make guest appearances on this one, at least for now. ;b