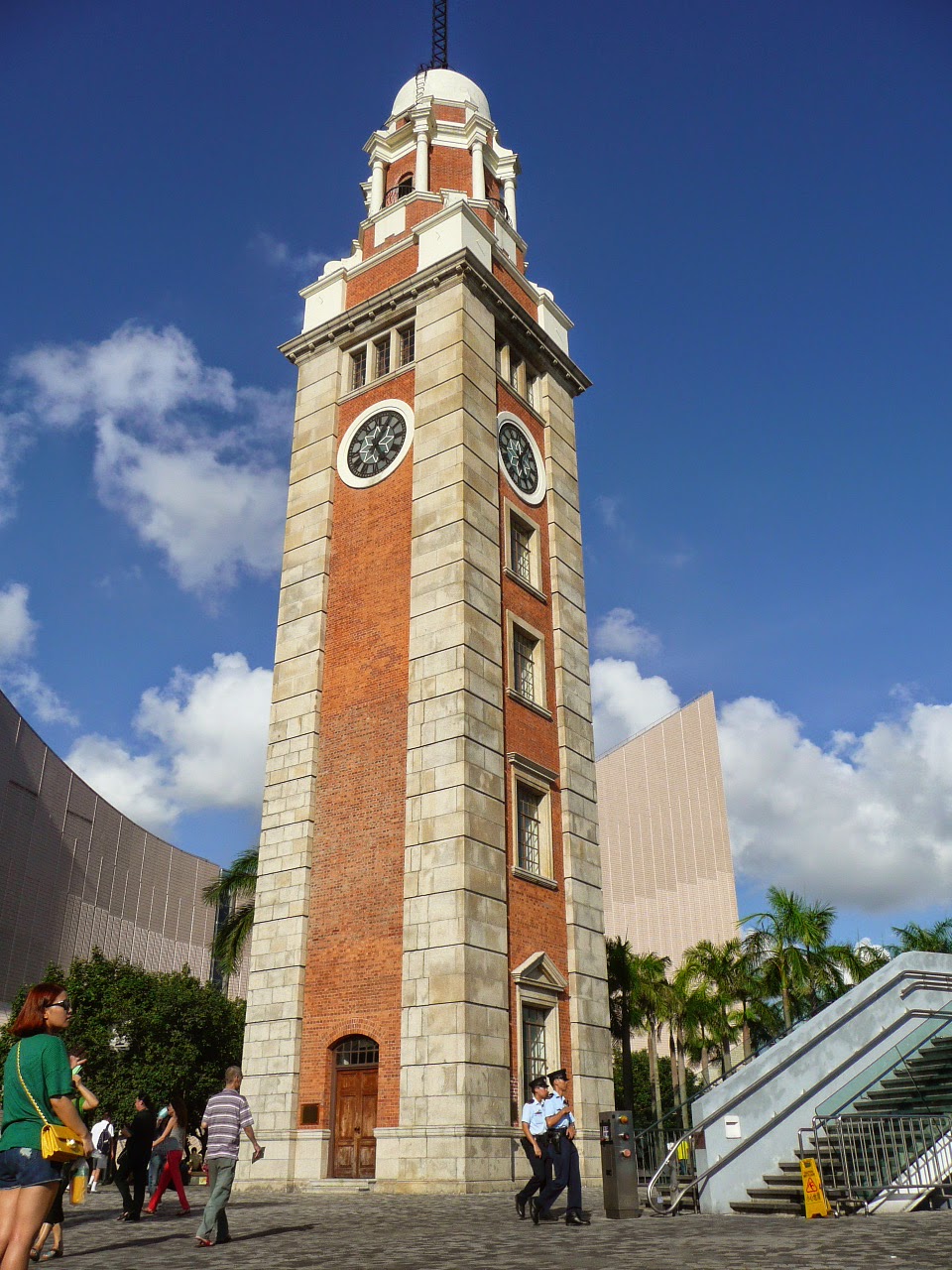 One of the recognizable Hong Kong landmarks
that appears in Helios


Experienced art director Longman Leung (Bug Me Not!; Magazine Gap Road) and long-time assistant director Sunny Luk (Black Mask; Cheap Killers) made impressive directorial and scriptwriting debuts in 2012 with Cold War, a star-studded crime drama-actioner that went on to win nine Hong Kong Film Awards as well as be a big box office hit.  Now the partners are at the helm of another crime drama-actioner: not the long-anticipated sequel to that movie but one which once again makes "Asia's safest city" appear to be a very dangerous place to be.

DC8, the world's smallest nuclear weapon, is stolen from an unspecificed location on the Korean peninsula by master criminals (Chang Chen and Janice Man) and transported -- on a commercial jetliner and past customs! -- into Hong Kong, where its buyers await.  A trio of South Korean agents (Ji Jin Hee, Choi Si Won and Joon Yi Ni) are despatched to retrieve the doomsday device.  Undeterred by their being told by the Hong Kong authorities that while in Asia's World City, their status is that of "observers" rather than more active participants, they do what they can to have some input in the efforts to not only track down the nuclear device but also the criminals involved, particularly the mysterious mastermind known as Helios.


Heading the Hong Kong operations is police detective Lee Yin Ming (Nick Cheung), who has nuclear physicist Professor Siu Chi Yan (Jacky Cheung) on board to advice on the scientific front. After the senior scientist finds out what they're dealing with, he emphasizes its ability to destroy Hong Kong and that the best thing to do once they get DC8 into their hands is to get it out of the city as soon as possible.  But while that sentiment would appear to be shared by his fellow Hong Kongers, the uniformed personnel among them have to obey a meddling mainland official named Song An (Wang Xueqi) when he insists that DC8 remain in Hong Kong and be used as a political tool against the foreign powers he perceives to be greater threats to Hong Kong's security than even a poewrful nuclear device.

Watching Song An arrogantly ordering people around and ignoring the concerns of others, it's hard to not think of him as this movie's true bad guy -- something I can't help but wonder if Helios' mainland investors are aware of.  (If so, I guess they are of the mind that so long as this production makes lots of money, they don't care.)  And it's interesting to see that the ways in which the work's ostensible main hero, the Hong Kong cop Lee, reacts to Beijing's demands, treats a female criminal and ultimately fares in this film are not necessarily those that be expected and condoned.


While I enjoyed those aspects of Longman Leung and Sunny Luk's scripting and helming, I was far less impressed by Helios containing certain elements that made for major credibility issues, including it being too easy for a talented criminal to escape from the binds of the police by way of their putting that individual at the wheel of a car which, on top of it all, doesn't have any other person in it!  Also, here's a plea to Hong Kong filmmakers: please do not have paperback novels masquerading as academic tomes in a professor's office -- especially if the aim is for people to see your film on a big screen (where the names of authors as well as the titles of books stacked on desks, in bookcases and such can be very clearly seen and read)!


If not for the vast majority of people in the picture being Asian, I could easily look upon this work as a typical Hollywood blockbuster that requires its viewers to suspend their disbelief in order to enjoy it.  But I'm going to have to admit my bias and state that I did generally get entertained by this Asian co-production -- and enjoyed that so much of its action does take place in a Hong Kong with landmarks (the Tsim Sha Tsui Clock Tower, the Hong Kong Cultural Centre, Canton Road, and Temple Street Market!) that are recognizable to me.


Speaking of action: if anyone in this film deserves an award for his work, it's action director Chin Kar Lok.  Not only are there set pieces galore in Helios but they are pretty uniformly impressively and creatively staged -- with highlights including the set pieces in a multi-storey parking garage and also the one-v-one fight sequences involving the character played by Janice Man in what looks to be the actress's best role and performance to date.

Thanks for your review, YTSL! I got the chance to catch this film in Sydney over the weekend and pretty much agree with everything you said in your review. I really enjoyed the film's action scenes. I am also glad that you mentioned Janice Man in your review. I actually didn't recognise the actress till late in the film, and thought she gave an outstanding performance!

Just to add to my comments above: I think your review is the fairest of all the ones I've read. Every review I have read so far seems to focus heavily on the film's plausibility issues and ignore the positive aspects of the film! By the way, besides Chin Ka Lok, I think the cinematographer also deserves an award nomination.

You're welcome re the review. BTW, don't know if you've noticed but I've got quite a number out in the past month or so! ;)

Wow re your getting to catch this film in Sydney over the weekend -- didn't realize it'd get released in Australia, and so soon!

And I'm happy you think my review is the fairest of the ones you've read. There are indeed a number of credibility problems with the film -- but, well, quite a few other movies have those too! ;)