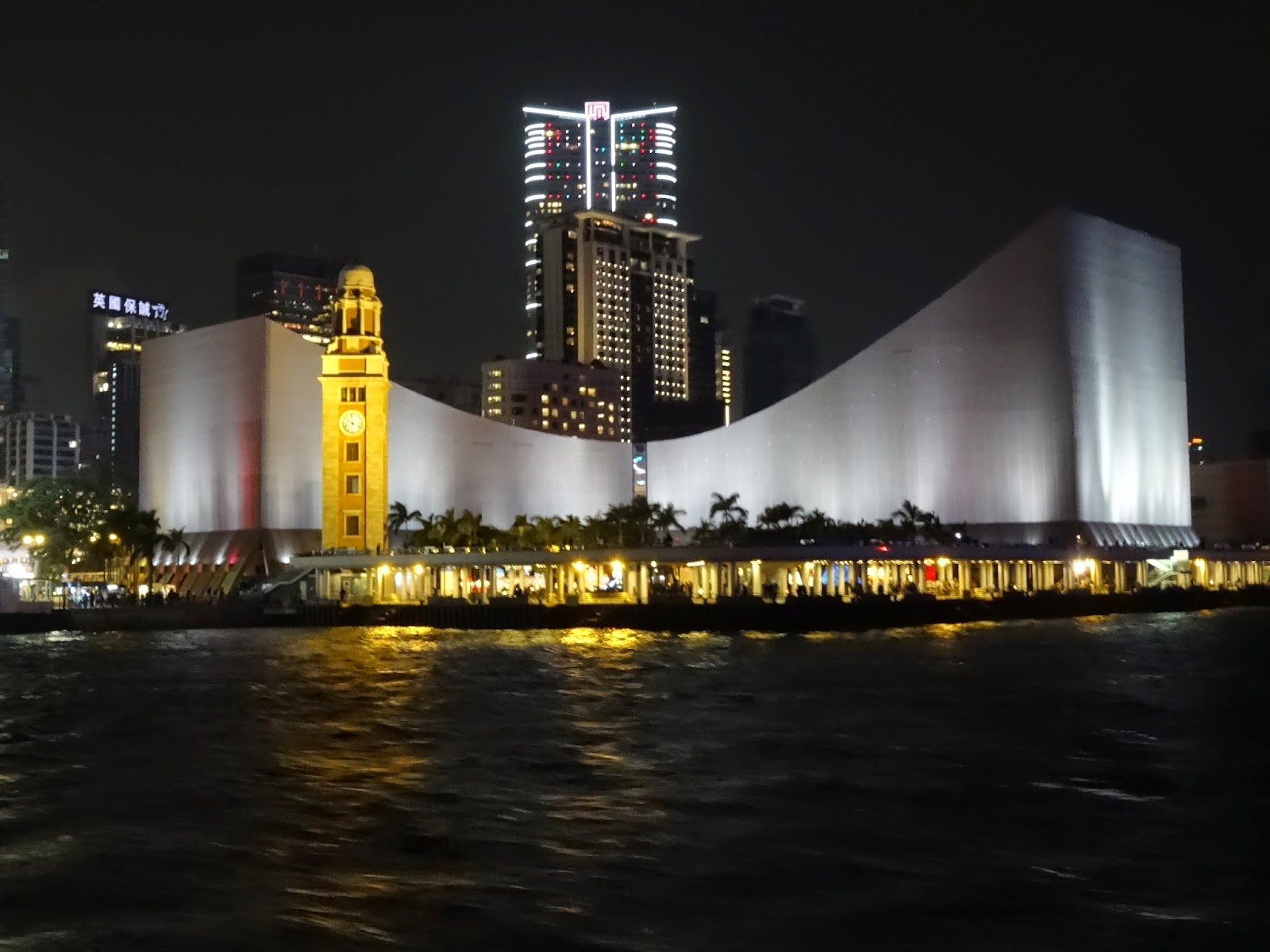 Haruko's Paranormal Laboratory (Japan, 2015)
- Part of the I See It My Way programme
- Lisa Takeba, dir.
- Starring: Aoi Nakamura, Moeka Nozaki
Recently, a friend asked me which is my favorite movie viewing venue in Hong Kong.  I told him that although it isn't a regular screening spot (and is more often used for performing arts shows), I really love watching movies at the Hong Kong Cultural Centre's 1,734-seater Grand Theatre -- because it's got a huge screen and when something really good is shown there, the feeling you get from being among the large, enthusiastic audience in it can be truly fantastic.
Earlier during this year's Hong Kong International Film Festival (HKIFF), I was party to such an infectiously positive experience at a screening of Princess Jellyfish -- and the audience response to Song of the Sea, the film which screened in the Grand Theatre immediately before Haruko's Paranormal Laboratory also was quite wonderful. Floating on a wave of good feeling upon leaving the venue, I decided to go ahead and go for a back-to-back Cultural Centre experience by also checking out the next scheduled offering: a romantic comedy that sounded like it'd have quirks aplenty a la previous HKIFF "I See It My Way" offerings from Japan such as Robo-G and Go! Boys' School Drama Club.
Director-scriptwriter Lisa Takeba's movie revolves around the slightly eccentric Haruko (Moeka Nozaki) and her television, which not only improbably comes to life one day but magically turns into a man, albeit one whose head is TV-shaped.  Besides his odd-shaped head, TV (Aoi Nakamura) actually looks and also behaves like a fairly typical Japanese man, albeit one who is far more multi-lingual than the average denizen of the Land of the Rising Sun... and equipped too with a noticeably longer penis than any living male human being.
This flimsily plotted indie film looks to have been made with a pretty low budget -- so much so that the TV set part of TV's head looks like it's made of cardboard and often, one can see sweat stains on the part of it close to Nakamura's chin! On the face of it though, it still could have been a thoroughly creative work and fun watch.  Among other things, its very premise is pretty imaginative and the movie also has such as the the normally good value character actor Fumiyo Kohinata in its cast as Haruko's father and an amusing sub-plot involving Haruko's late mother being a closet cosplayer.
The truth of the matter though is that I ended up only laughing out loud once while watching the film, and feeling both perplexed and vexed for much of it that people in this work didn't react much at all to what would after all be an extremely bizarre occurence if it really did happen: i.e., a man going about town with his head inside a TV set (which is what it looks like), never mind a being going around town with a TV set for a head (which is what's supposed to be happening in the movie)!

About the only reasons I can think for Haruko's Paranormal Laboratory having been accorded a prime early evening slot at by far the largest screening venue at the fest are that it's one of the rare films having its Asian premiere here and was apparently was well received at Rotterdam (a film festival whose programmers and audience I've come to think of as having often questionable tastes). For my part, however, I found it to be more silly and lame than actually fun, definitely the worst work I viewed at an otherwise pretty satisfying 2015 Hong Kong International Film Festival, and so frustratingly disappointing that I couldn't stand to stay for the post-screening Q&A with its director.

I would guess our little theater here had under 300 seat if that. But the seat was extremly comfort.
There remodeling our theater but sure hope they keep the seating.

I think your little theatre has the Grand Theatre beat with regards to comfortable seating. But it's really something to be in a large audience that's really enjoying a movie! :)