Some years ago, when my German friend was still living in Hong Kong, she was appalled to learn that two of her colleagues from her home country had never ventured into the sections of the Big Lychee served by green taxis despite having already spent more than a year here.  So one fine day, she took them -- with me in tow for support! -- way up north for a stroll along the Lung Yeuk Tau Heritage Trail over in Fanling.

I will never forget the amazement of that German couple at how different that part of Hong Kong was from the ones they had hitherto only had spent any significant amount of time in (i.e., Central, where they worked, and Discovery Bay, where they had chosen to stay).  And I'm sure they would have been even more astounded if they had ventured a few kilometers further north to the borderland area around Starling Inlet (Sha Tau Kok Hoi) that I took another friend who was then living in DB and still another friend's brother who was visiting from South Africa one gray but still actually quite nice afternoon!

In all honesty, I too would never have known places like Kuk Po and Nam Chung still existed in Hong Kong if not for certain hiking trails passing through or by them.  Being there can make one feel like one has gone back in time as well as to a very different part of the world, never mind a very different part of the Big Lychee.  And while I've heard that these days, they attract many visitors on weekends, on weekdays, it's quite the different -- and, in all probability, far more pleasant and picturesque -- picture... 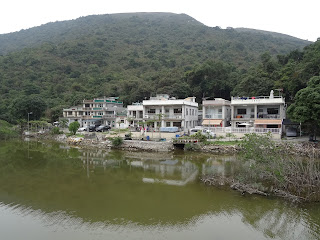 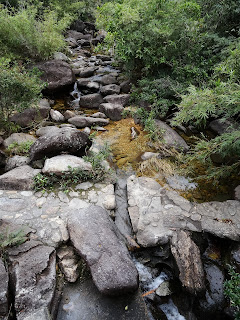 A number of streams flow through this area 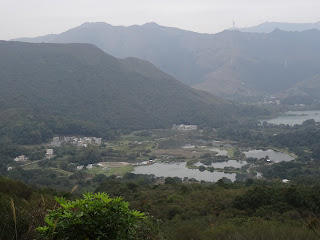 The trail we went on took us quite a bit uphill
in seemingly next to no time! 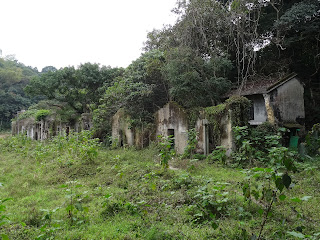 It also took us by a few abandoned villages,
some of which are in greater states of ruin than others 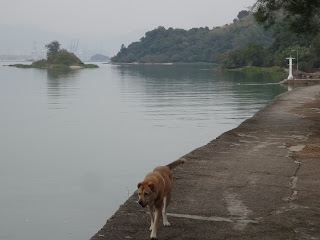 Here's a part of Hong Kong where dogs (and feral cattle)
are free to wander at will and unleashed... 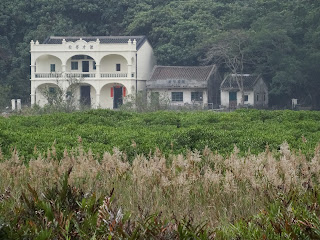 At largely abandoned Kuk Po, I was surprised to see that
the old school building there had been newly repainted! 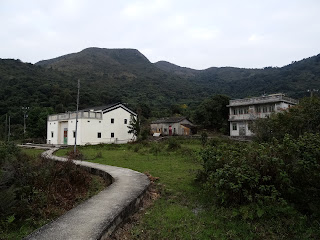 Actually, more than one building in the area
had been given a new coat of white paint... 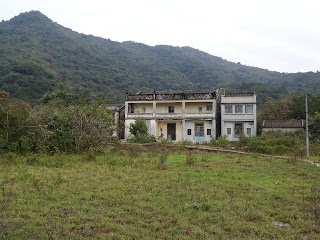 ...but those that were really were the exception rather than
the rule in a part of Hong Kong whose residents opted
to decamp elsewhere decades ago
Posted by YTSL at 10:30 PM