When people ask me how come I hike in the summer as well as during the cooler months, my usual answer is that summers in Hong Kong tend to have more days of high visibility than in its cooler seasons.  Every once in a while though, one is treated to high visibility on a not so high temperature day -- and when such days come along, I find the hills most definitely calling to me!

On one such day some time back, two friends joined me for a trek along the Wilson Trail's Section 4 that took us from Tseng Lan Shue village to Shatin Pass, from where we hiked down to Tsz Wan Shan (rather than continue westwards along the 78-kilometer-long in total Wilson Trail).  Along the way, we were treated to many splendid views of the Sai Kung countryside as well as Kowloon hills and cityscape that made the eight kilometer hike (which had lots of up and down sections) feel so very much worth doing.

Here's the thing: yes, it's possible to go by car or taxi up to Sha Tin Pass and sections of this hiking trail which are paved and have to be shared with vehicular traffic.  But if you're able-bodied, I reckon it can feel like cheating to do so.  And in any case, you still would need to do a bit of climbing to get to those parts of the Kowloon Hills! ;b 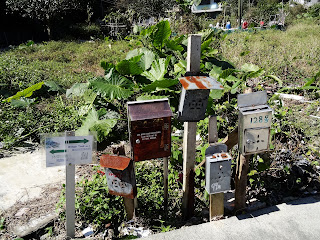 Villagers at Tseng Lan Shue have erected signs of their own
for the Wilson Trail to make sure hikers don't stray into
their fields, gardens and backyards! 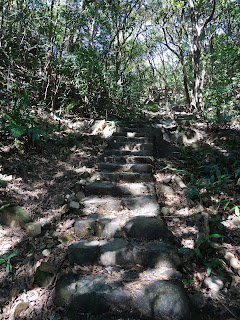 The early parts of this hike were largely uphill and shaded 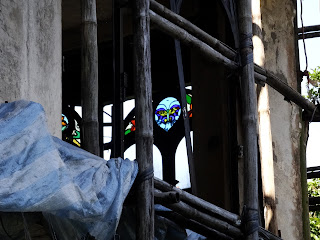 Near the trail can be found a building with beautiful stained glass windows
whose construction appears to have been stopped midway
(perhaps because it's actually an illegal structure?) 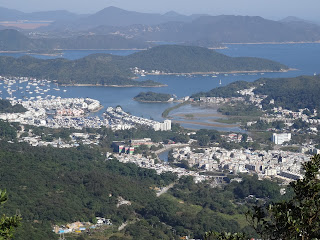 Shortly after passing the village of Ngau Liu,
the vistas start opening up in earnest 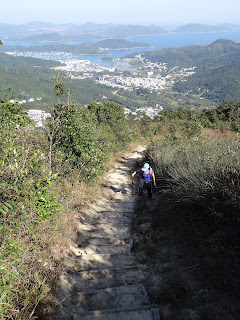 Also at this stage of the hike, the trail gets
quite a bit steeper and challenging! 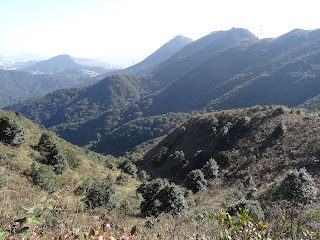 There's something really satisfying though to get up to a high point,
where views like this are to be had, on your own two feet! :) 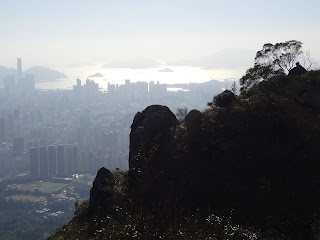 Before too long, the city comes into sight 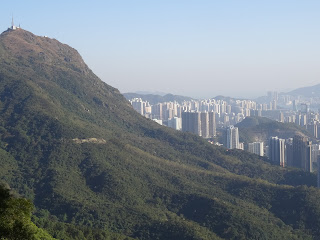 So near to each other but also such different worlds... :b
Posted by YTSL at 11:19 PM