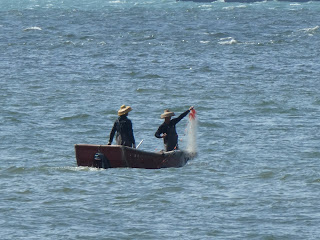 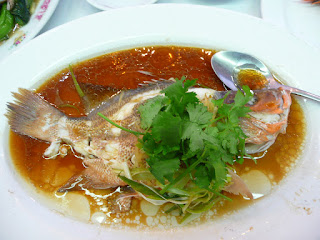 In view of recent events, would you eat this in Hong Kong? 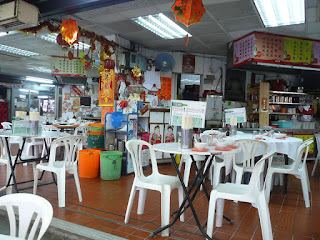 And this especially if it's served in places like this (which
happens to be among my favorite seaside restaurants)?

The evening after I had taken part in one of those emergency beach clean-ups that have taken place in the wake of the massive palm oil spill in Mainland Chinese waters that has reached and messed up Hong Kong's waters and shores, I got to talking with a couple of friends about fears of what this disaster means for the local fishing industry.  Especially if fears that the decaying oil will trigger the growth of algae and consequently bring about the occurrence of red tides are realized, this will deal a big blow to what already is considered a traditional industry that's in major decline.


While one friend was sympathetic and took the discussion seriously, another flippantly joked about how he'd just make sure to eat seafood that originated from far away waters.  Especially if you're the kind of person who prefers sushi to local seafood dishes, this actually can be surprisingly easy to do in Hong Kong, where some 90 percent of the food consumed in the territory actually is produced outside of it.

Still, when one realizes that a substantial proportion of the food (especially those of the fresh variety) imported into Hong Kong come from Mainland China and Japan, some people may have even greater qualms and even feeling even more queasy about the whole affair.  After all, there are major concerns about the safety of food produced in Mainland China, and for good reason.  And I actually do know people (including Hong Kongers) who are still afraid to visit any part of Japan, never mind consume food from there in the wake of the Fukushima nuclear disaster that may well have been the most major component of the triple whammy that beset the Tohoku area on March 11, 2011.


As regular readers of this blog will know, I never thought to stop eating sushi after the events of 3/11/2011.  In fact, I probably ate even more sushi in the first few months after the disaster because I felt a need to support my favorite Japanese restaurants in Hong Kong (for fear that they'd close down as a result of experiencing a marked drop in business) and also have come to visit Japan more frequently since March 2011 then previously (not least because Japan has considerably relaxed its visa restrictions in succeeding years).


However, especially after seeing dead fish filled as well as coated with palm oil on Tuesday, I must admit to thinking it might be best to not eat seafood that (most likely) came from local Hong Kong waters for at least a few weeks.  Put another way: considering that I've continued to eat seafood even after seeing dead fish that had been washed ashore as well as floating in the nearby waters over the course of previous beach clean-ups, that surely is a good gauge of how terribly I think last week's palm oil spill has affected Hong Kong's environment (including its aquatic life).

In addition, as I pointed out to that person who has remained my friend despite his never having hid his lack of concern for the environment (and whose disengaged ways can sometimes irritate and frustrate): he may not be the kind of person who spends much time in the countryside appreciating the creations of Mother Nature but, since he does love seafood, he needs to care more about the quality of our waters and realize that pollution is something that he may try to not think about but, actually, does affect us all.  And while I don't expect him to take part in a beach clean-up any time soon, I do hope that he will at least get to realizing that all this really is no joke; and, in fact, the disregard and maltreatment of the environment by our fellow humans can be so very sad indeed.
Posted by YTSL at 11:59 PM

It is so scary what's happening to the environment in so many different way. Being from the U.S. I can't stand the current political environment here where the environment seems under assault. I love seafood but I'd be afraid to eat it in a situation like what you've had.

I had a bagel chockful of smoked salmon as well as cream cheese for brunch today and sushi last night. But, then, I'm fully confident none of the seafood I ate for those meals came from these shores. And I must admit to worrying about eating seafood in restaurants which I suspect use catch from local waters... a situation which I think will last for a few weeks, at the very least.

It's tough to stop having what you love, but until the seafood is cleared for consumption, you would be gambling with your life by eating seafood.

Too much environmental destruction in one form or another.

Too right re there being too much environmental destruction going on right now in one form or another. With regards to the seafood: all that's sold in Hong Kong has been cleared for consumption. However, I'm not that inclined to believe the authorities with regards to the local catch (than the foreign ones) at the moment!