Rising Above in Hong Kong 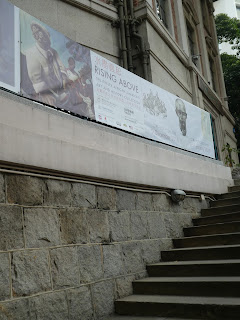 Rising Above in Hong Kong! 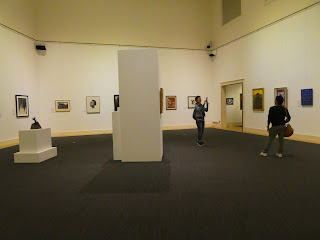 
In his acceptance speech after winning the Oscar for Best Original Song (along with John Legend) back in January 2015 for Selma's Glory, the artiste best known as Common (but named at the Academy Awards ceremony as Lonnie Lynn) gave a shout out to "the people in Hong Kong protesting for democracy".  Maybe therein lies the reason why the Big Lychee also was given the honor of hosting the first ever exhibition of African American history and culture on the Asian continent.


On since December 9th, 2016, Rising Above: The Kinsey African American Art and History Collection runs through February 26th of this year at the University of Hong Kong's University Museum and Art Gallery and features more than 120 items collected by philanthropist-entrepeneur Bernard W. Kinsey and his educator wife Shirley Pooler Kinsey that document and tell of African American struggles, tragedies, triumphs and contributions from 1604 through to the present.


Among this special exhibition's artifacts that chilled me to the bone were a pair of iron shackles that had actually been worn by female slaves.  Also painful to behold was a letter from a slave owner about a young female slave he was selling -- and, in the process, separating from her family -- in order to have money to build stables for his horses; this especially when he disclosed that he had not told her what had happened, and also had asked her to carry and deliver it to her new owner.


In addition, it's surely well nigh impossible for those who have viewed 12 Years a Slave to not recall heart-wrenching scenes from that fact-based film upon casting their eyes on an old, battered copy of Solomon Northup's 1853 memoir in the Kinsey Collection.  And powerful too -- and empowering as well? -- was the sight of Ava Cosey's Ancestor's Torch, which beautifully documents the many, many inventions by African Americans, which include the carbon filament for the light bulb (Lewis Latimer), the modern-day fireproof safe (Henry Brown), the modern-day gas mask (Garrett Morgan), mobile refrigeration (Frederick M. Jones) and potato chips (George Crum).


Rising Above: The Kinsey African American Art and History Collection is to be applauded for shedding light on the African American experience.  Admirably, those behind it also look to make connections with other communities.  As the museum's director, Florian Knothe, outlined in his foreword to this special exhibition: "rising above adversity is not a localised historic phenomenon but one as much known in Asia as in America."

And while it was left officially unsaid, it surely is not entirely coincidental that the University of Hong Kong happens to be where the likes of Benny Tai are employed, and Yvonne Leung -- and further back in the past, no less a personage than the man who led a revolution that succeeded in overthrowing an imperial dynasty, Dr Sun Yat Sen -- studied!
Posted by YTSL at 6:25 PM