In my first year of hiking in Hong Kong, I went with two friends on the Lung Mun Country Trail and found it being way wetter -- and consequently scary -- going than anticipated.  A few years later, I decided to hike from Chuen Lung to Shing Mun Country Park's Pineapple Dam with a different set of friends in drier conditions, and found what I had marked down as a challenging trail to be significantly more pleasant.

Consequently, when I was considering what would be a nice trail to introduce three more friends to on one of those days when it was still too hot to go for something more difficult but already cool enough to be more ambitious in terms of what we felt we would be up to, I opted for what's officially rated as a three star hike in terms of difficulty but actually is pretty doable when torrential rains make it so that many of the streams that one finds along it are filled to overflowing! ;b 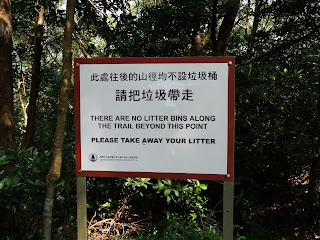 A sign that's becoming increasingly familiar in the wake of
the Agriculture, Fisheries and Conservation Department's
"Take your litter home" campaign 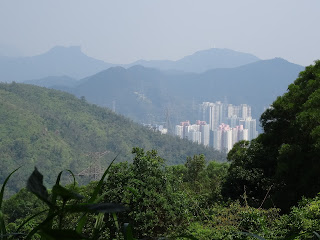 See how hilly (much of) Hong Kong is! 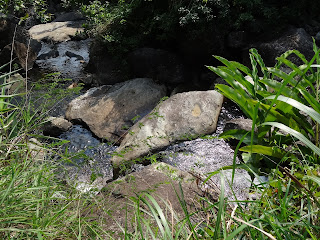 One of the many streams we passed by along the trail 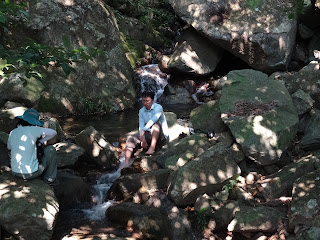 On days when they're not dangerously overflowing,
the streams can be welcome places to rest a bit by
and even cool one's tootsies in ;) 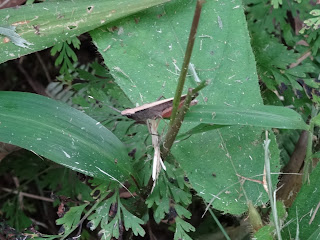 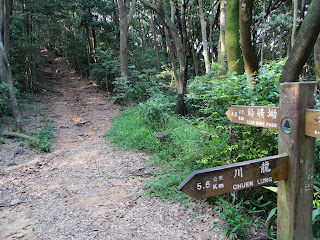 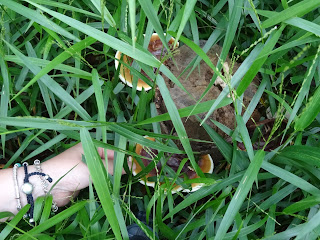 Some of the biggest fungi I've seen growing out in the wild! 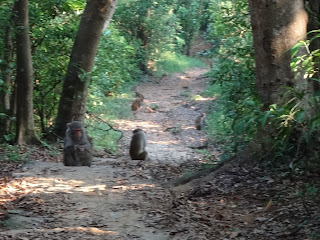 Seeing so many monkeys along the trail sometimes
caused my hands to shake and my photos to be blurrier
than I wished would have been the case... ;S
Posted by YTSL at 10:39 PM

That alternative path should connect to Stage Eight of the Mac, about half way up from Lead Mind Pass. I have gone through it once, but I started at Lead Mind Pass that time.

It is generally not a difficult path but sections of it might be a bit muddy in rainy days. It is a mixture of mud paths and stone steps. A small section of it is much weathered. The crossing at Tai Shing Stream (the stream you captured) might be a bit difficult if the water is high. Caution required.

Thanks for the information re that alternative path! It sounds like one I might prefer to go up rather than down it, and definitely only during the dry season!