What's with all this rain?!  It might be that my memory and imagination have combined to make me think that these past two years have seen quite a bit more precipitation pelting down than the previous ones.  In any case though, I'm actually more than ready for some less wet days and weeks than those we've been having recently -- and look to be continuing to have for at least one more week...

To be fair though, the day after lots of rain fell can add some interesting visual touches to one's hike by way of mini waterfalls appearing where there's usually just a little river stream and water flowing about where one usually can't imagine it doing!  And when one's route passes near or by a reservoir (or two), as was the case the afternoon that I went from Wan Chai Gap through Aberdeen Country Park down to Aberdeen town, one also is likely be presented with the stunning sight of water spilling down the reservoir dams in impressive torrents... 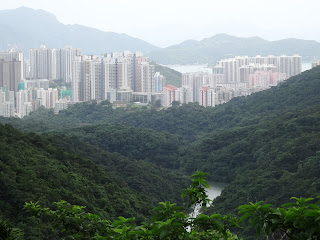 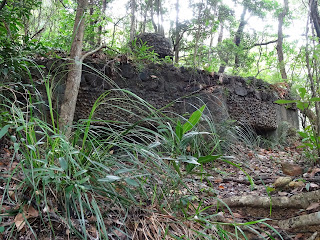 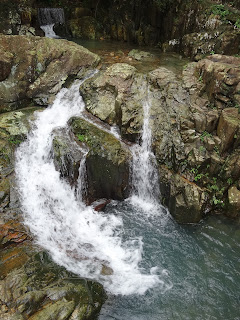 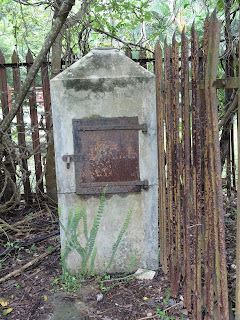 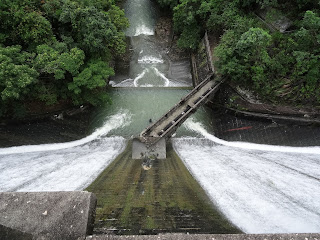 An impressive amount of water was pouring down
the Aberdeen Upper Reservoir dam when I was on it! 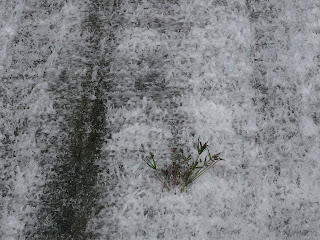 Not snow nor ice but foaming, flowing water! ;b 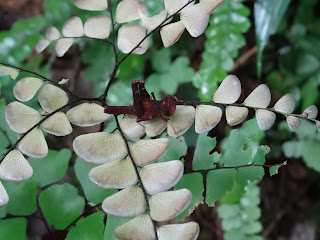 It wouldn't be a warm weather hike in Hong Kong
without some cool critter spottings... :) 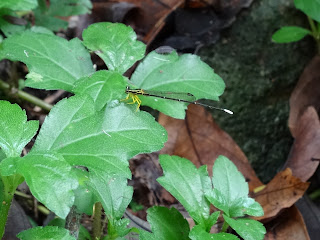 On gray days, every little bit of color -- including courtesy of
a beautiful damselfly -- helps to brighten things up some! :)
Posted by YTSL at 10:44 PM