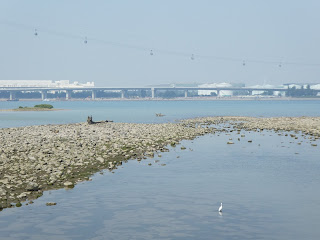 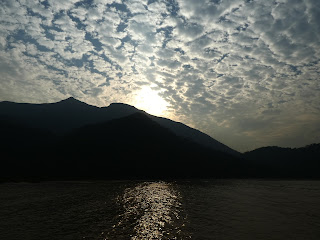 Yes, Mother Nature played a part in making this picture
awesome -- but I think my new camera did too! ;b 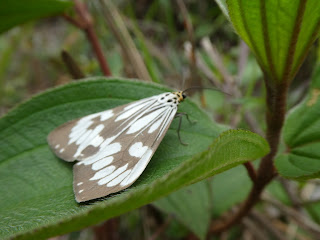 A beautiful butterfly (or is it a moth?) spotted while hiking
along the Nam Chung Country Trail 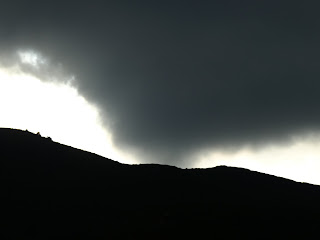 I admit it: my camera made this shot look far more
dramatic than the reality ;)


It's been a little bit more than a fortnight since my old Sony Cyber-shot HX50V camera gave up the ghost and I replaced it with a new Panasonic Lumix DMC-TX80 (better known in Hong Kong as a Panasonic Lumix DMC-ZS60).  I'm still "playing" with my new "toy" but already, I've figured out certain cool abilities of it, including to take photos like the ones at the top of this blog post!


The first two pictorial offerings were taken on the first hike I went on along the Tung Chung to Tai O route since a different friend and I hiked along the route and came across significant swathes of land where hill fires had raged close to two years ago.  Especially in view of the human-caused destruction that I had saw along the same way less than two years ago, it was lovely as well as a thorough relief to get confirmation once again that Mother Nature is -- through no help rendered by humanity -- far more resilient than we often credit it for.

Meanwhile, the next two snaps were taken while hiking for the first time along the Nam Chung Country Trail that's on the challenging side but yielded some lovely panoramic views and also passed close by watery ways that were on the picturesque side.  But rather than offer up more representative photos from that hike, I've put up a documentation of a critter spotting -- which was on the unusual side given the time of the year -- and also a shot that emphasizes how small and insignificant humans can feel while out in the great outdoors. ;b
Posted by YTSL at 11:22 PM

I'm not sure the different between a moth and butterfly.
So green and lush. We got snow about 6 inches.
Coffee is on

In general, moths aren't as colorful as butterflies and are less active during the day -- which makes me suspect that that creature in the photo, however beautiful, is a moth. ;)

Generally speaking the antennae should be the clue. Antennae of a moth is sort of featherly where antennae of butterflies are just plain stalks with a knob at the end. More information for comparison of Moths and Butterflies could be found here (https://en.wikipedia.org/wiki/Comparison_of_butterflies_and_moths).

I read about the antennae -- but am having problems seeing them clearly in the photo! ;S