The past few days have been pretty political eventful ones in Hong Kong.  Three days ago, the Big Lychee's super unpopular Chief Executive announced that he will not be seeking re-election in 2017.  Then the following evening, the pro-democrats held a political rally in Chater Garden while yesterday saw a record turnout by eligible voters to pick the Election Committee whose members will decide next March who will be Hong Kong's next Chief Executive.  And now today has seen confirmation that the pro-democracy camp has taken a record number of seats on that Election Committee as well as the resignation of financial secretary John Tsang, presumably for him to prepare for a run for Chief Executive.

But rather than blog some more about Hong Kong politics today, I'm going to share some images of a place where one can focus on how beautiful nature as well as Hong Kong can be: Kadoorie Farm and Botanic Garden set up 60 years ago to provide agricultural aid to farmers in need of support to help them lead independent lives, and to provide leisure and educational experiences to the public.  Home to many interesting flora and fauna, the facilities higher elevation points, such as 546-meter-high Kwun Yam Shan, also offer up grand views of the surrounding countryside -- and be it in hot or cold weather, I find it hard to resist hiking up there to take in the views (as well as often fresher smelling air)... 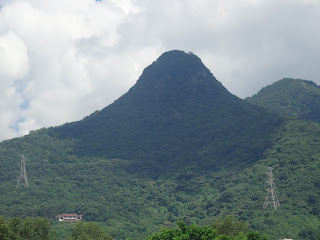 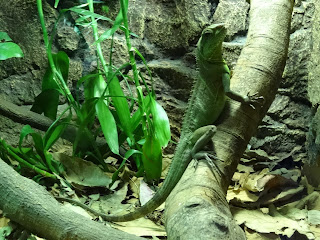 A large green lizard on show -- behind glass!
-- at Kadoorie Farm and Botanic Garden 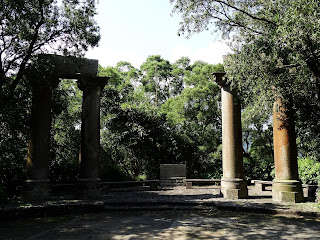 Now located halfway up a hill, these four ancient looking pillars
once stood on either side of the main doorway
of the Post Office building in Central! 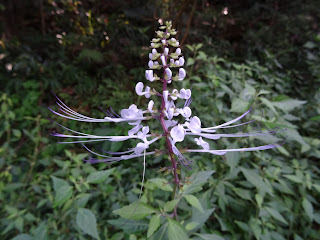 The sort of eye-catching flowers that makes a visit to
the over 148 hectare nature facility so visually cool! 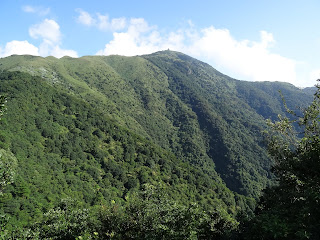 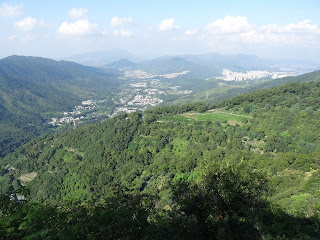 A view taking in parts of the farm, nearby villages and towns,
and lots of green, mountainous countryside 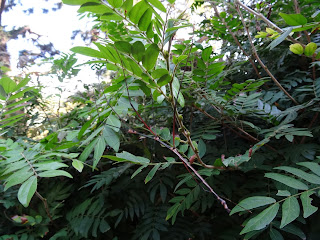 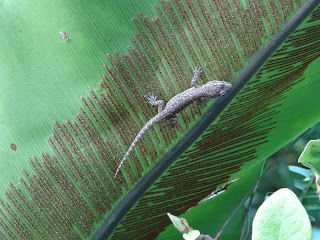 Lizard spotted in the wild -- or at least not behind glass!
-- at Kadoorie Farm and Botanic Garden ;b
Posted by YTSL at 11:10 PM

I so enjoyed this photo-essay. Especially I like the distance and close up photos as they added variety. And the Kadoorie Farm and Botanic Garden are places I would like to visit when next in Hong Kong.

When I first went hiking in Hong Kong, I fixated on the landscape views but, as you know, now am into critter spotting -- and I think it's paid dividends in terms of my photography as well as my overall hiking enjoyment! Re Kadoorie Farm and Botanic Garden: I see it as a single institution, with the farm and botanic garden melding into each other at times. ;)