Interesting -- and, in some cases, surreal -- Haarlem sights (Photo-essay)

The lunar new year is just four days away but my thoughts this evening are more about the time my German friend and I spent in Haarlem this past January 1st.  What with the first day of each year in the Gregorian calendar being a public holiday in the Netherlands, I knew that many tourist attractions, including Haarlem's Franz Hals Museum, would be closed that day.  Still, I honestly didn't expect that even the city's tourist information center and many of its churches (including its Grote Kerk (Great Church)) would not be open too -- and, also, that there would be few people out in the streets and public spaces that day!

In retrospect, particularly given the experiences I've had in sections of Germany and Norway where I sometimes felt like I was walking through a ghost town or Potemkin village, I shouldn't have been all that surprised to find the streets of Haarlem so bereft of people that day.  Also, to judge from the craziness of the previous evening (where, among other things, people let off so many loud fireworks at different points in the night that it sometimes seemed as though the Netherlands was under attack), I wouldn't be at all surprised if the majority of Dutch folks were nursing massive hangovers the day after!

Still, having made the short train trip to Haarlem from Amsterdam, my German friend and I decided that we might as well stroll about and see what we could of the capital of the province of North Holland -- and the city after which New York City's Harlem was named.  And what with there being beautiful blue skies and pleasant temperatures that New Year's Day, we did manage to have a rather pleasant time in what must be the quietest city I've ever been in as well as one which did offer up some pretty interesting -- and, in some cases, surreal -- sights... ;b 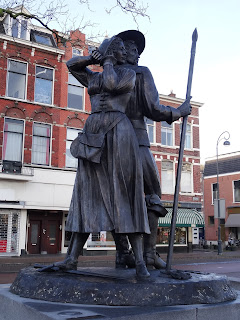 Statues of Kenau Simonsdochter Hasselaer and Wigbolt Ripperda,
two local heroes of the 16th century Siege of Haarlem,
stand in the square in front of Haarlem's central train station 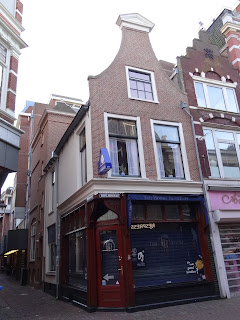 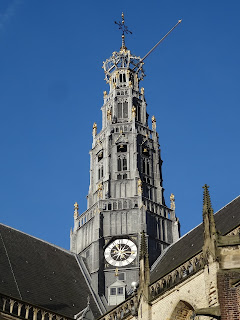 The Grote Kerk's bell tower looms large over the city,
and the church's bell can be heard striking time from far away 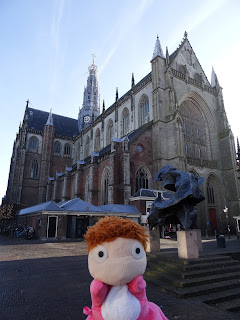 Puppet Ponyo looking somewhat perplexed at
not being able to get into the church -- and, also
by the lack of people about in Haarlem's city center! 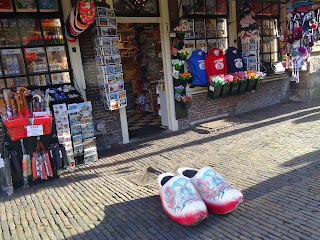 Would you believe that this souvenir shop was open
but completely deserted -- as in, its staff as well as
customers were no where in sight?! :O 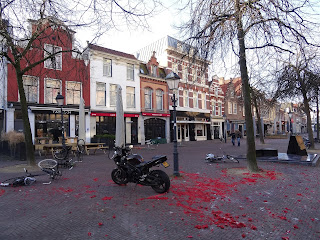 Signs of some people having had quite the blast
in the area the previous night/evening/day! 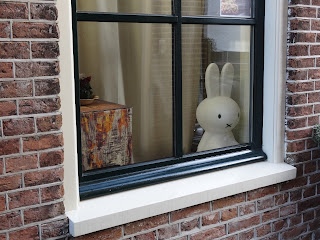 The largest cross-mouthed Miffy I've ever seen
peers out of a ground floor window of a Haarlem house! :O 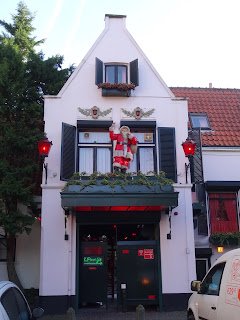 Probably most surreal of all: would you believe that
this Santa Claus-decorated building is a brothel (and
that it's situated within a stone's throw of a church)??!!
Posted by YTSL at 11:59 PM

Haarlem as a ghost town? Wow that was so different from the Saturday and Sunday when we were in town. So what did you eat with most places being closed? Grocery from AH?

We lunched at just one of the three cafes/restaurants we saw open that day; two of which were located on the edge of the same square as the closed church! Then we went back to Amsterdam and had dinner there where many more choices were available... ;S