Years ago while hiking along Hong Kong Island's Dragon's Back, I heard a fellow hiker remark on how wonderful it was to be up on a hill with scenic views of the coastline.  While that is indeed pretty cool, I actually think it neater that often in Hong Kong, one is able to hike from the hills all the way down to the shore.

Among the trails here in the Big Lychee where one can do so is Hong Kong Trail Stage 8, which includes a trip up, down and along the famous Dragon's Back before ending at Big Wave Bay.  Over on Lantau, there's also the eastern section of the South Lantau Country Trail (which I prefer to its western one) when combined with either an old village path to Mui Wo or the portion of Section 1 of the Lantau Trail which actually goes by the side of a main road!

I just introduced the latter -- which is one of my favorite Hong Kong hiking trails -- to a friend this Chinese New Year period.  But this photo-essay actually consists of snaps I took the previous time I went along this pleasant unpaved trail that goes from Pak Kung Au all the way down to Mui Wo -- which, with its ferry pier, sandy beach and choice dining options, is one of my favorite places in Hong Kong to be at hike's end... :) 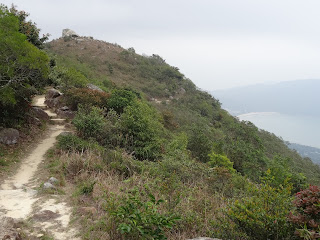 At several points along the South Lantau Country Trail,
one is privy to views of the waters off Lantau Island :b 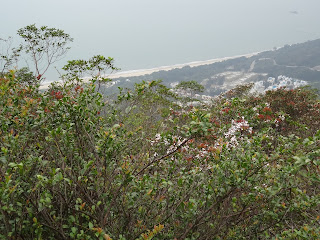 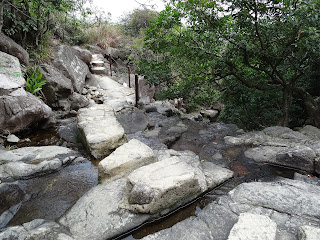 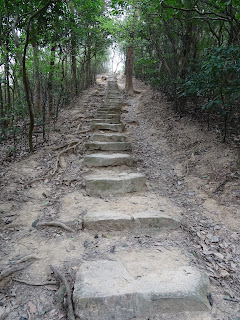 Less of a welcome sight were these steep steps
that one has to go up in order to get
to the trail going down to Mui Wo! ;) 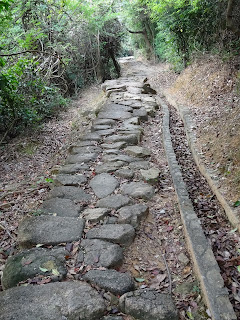 The old stone path leading down to Mui Wo 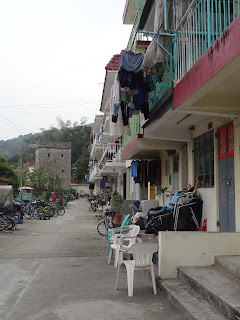 Around greater Mui Wo, there can be seen
old watch towers along with village houses 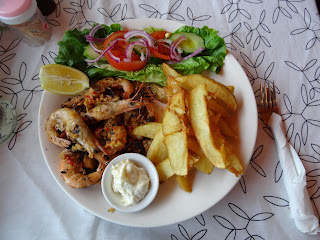 My delicious post-hike repast at the China Beach Club,
whose food I appreciate along with its beach and sea views :b 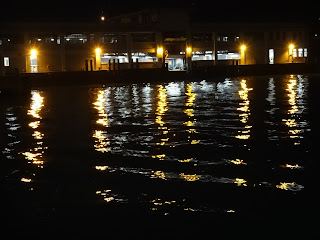 There was time to snap this "lights reflecting on the water"
photo before catching the ferry out of Mui Wo :)
Posted by YTSL at 10:08 PM