I realize it's on the anal side but I do keep a hiking diary in which I write details of each hike I go on in Hong Kong, including the date, route, who I went on the hike if and also observations I include noteworthy about such as the weather that day and types of critters spotted on the hike.  And without such notes, I wouldn't have remembered that I actually spotted 15 spiders on a Tai Tam Country Park excursion I went on with a friend one gray but pleasant weather day -- because, as it turned out, I actually don't seem to have taken a single photo of an arachnid over the course of that particular outing!

I guess it was because the sight of spiders (even if they were Giant Golden Orb Weavers, as I expect that at least some of them were) felt too common on a hike in which there were a good variety as well as number of critter spottings (along with other cool sights) -- something which I've come to expect of hikes in Hong Kong, including ones on Hong Kong Island as well as the more far flung sections of the Big Lychee! ;b 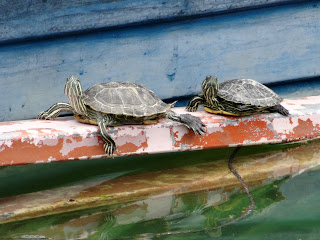 My first critter spottings of the day: sunbathing tortoises
at Wong Nai Chung Reservoir :b 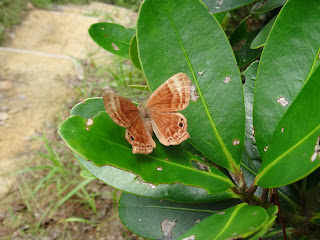 When hiking up Violet Hill, it's good to be able to stop
every once in a while to enjoy the sight of a pretty butterfly :) 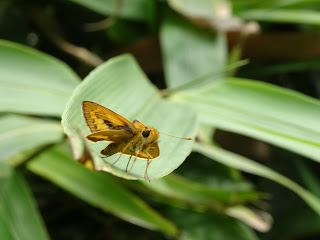 It can look at first glance like another type of insect
but this also is a species of butterfly alright! 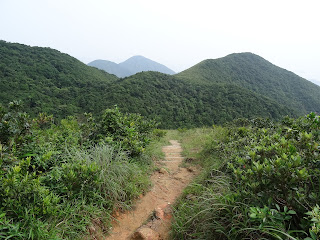 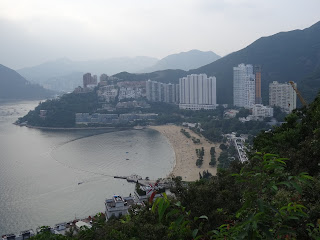 I wonder how many people over at Repulse Bay's beach and
many expensive apartments are aware of the wonderful
hiking trails that really aren't that far away from there? 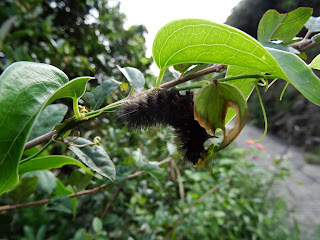 One of the hairier critters spotted during that day's hike! 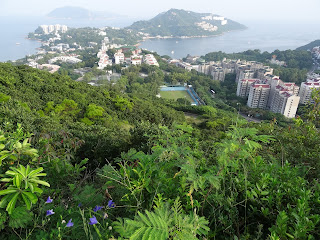 View of Stanley from the Tsz Lo Lan Shan Path 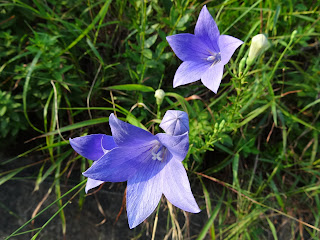 Close-up of flowers whose color I reckon could be described as violet,
only I saw them on the Twins rather than Violet Hill that afternoon ;b
Posted by YTSL at 6:29 PM

Weather sure is different.
Coffee is on

I take it that you mean that there's no snow in my photos? ;b

Did you identify the hairy critter in photo 6 from the top? Spooky!

I'm fairly certain it's a caterpillar -- and am thinking it might be for one of those butterflies that are so big that when I saw their shadow the first few times I went hiking in Hong Kong, I mistook them for birds!