If I had to name just one Hong Kong country park as my favorite, it'd be Tai Tam Country Park (including its Quarry Bay Extension).  This may come as a surprise to some dedicated local hikers who prefer the more rugged environs in the country parks to be found over on the Sai Kung Peninsula and Lantau Island.  But while I do like spending time over in those more remote parks of Hong Kong, Tai Tam Country Park feels most like "home" to me in that it's the one whose trails I've explored and covered the most of percentage wise.

But even while much of its terrain and paths have now become comfortingly familiar to me, I still feel that I pretty much always see something new and different whenever I hike in this country park on Hong Kong Island.  It may be an interesting critter, particularly beautiful flower or even a section of trail that gets one off the beaten track.  In any case, I'm pretty much always reminded on hikes in this part of the Big Lychee -- like the one that took a friend and I to, and then over, the northeastern border of the park -- how nature is full of surprises, and that there are a number of Hong Kong residents who have taken to exercising their creativity in seemingly unlikely places (including quiet corners of Hong Kong country parks)! ;) 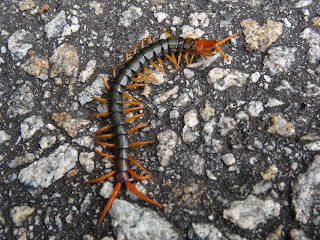 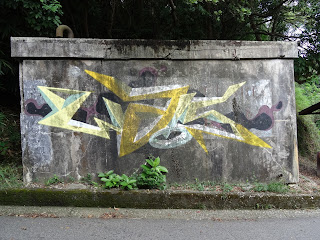 If found in, say, Sham Shui Po, it'd be street art but
since it's in Tai Tam Country Park, I guess it's park art ;b 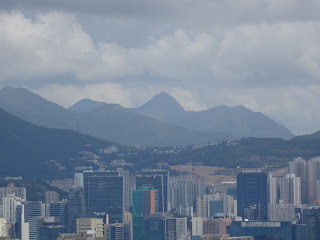 I believe the 40 kilometer visibility reports for that day after
catching sight of Ma On Shan while hiking up Mount Parker! 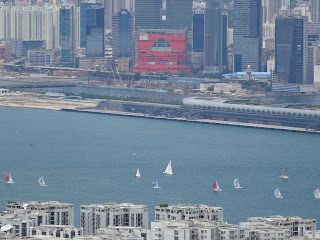 While the hills called to us that afternoon, there were those
who preferred to go sailing in Victoria Harbour :) 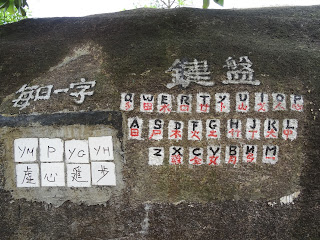 A place in the hills which has been fashioned into
a language learning spot? 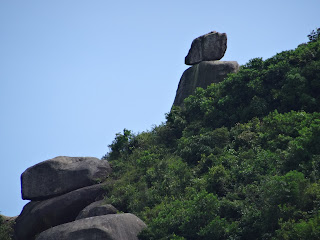 A balancing rock that also, together with the rock it's balanced on,
resembles the upper half of a human figure to my mind ;) 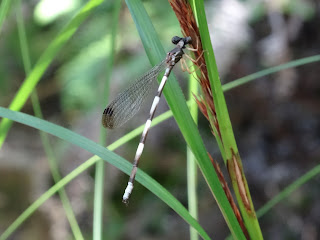 Believe it or not, it was only after I began hiking in Hong Kong
that I knew of the existence of damselflies (and learnt to
tell the difference between them and dragonflies)! ;O 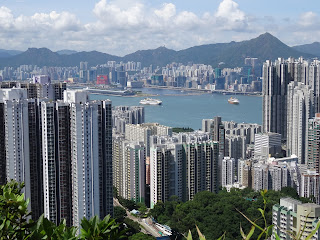 The kind of scenic view that feels worth the effort and
sweat shed to get to a high enough point to be privy to it :)
Posted by YTSL at 11:01 PM