Lots to see on an easy D'Aguilar Peninsula hike (Photo-essay)

When you see hikers on the number 9 bus bound for Shek O here in Hong Kong, the chances are high that they will get off at the To Tei Wan stop to hike along the Dragon's Back or, less frequently, to go along Section 7 of the Hong Kong Trail in reverse.  In recent years, however, I've also seen quite a few hikers get off to begin an excursion or board the bus post-hike at Windy Gap, with Cape d'Aguilar having become quite a popular place to visit for those who don't mind that the closest bus stop to it is a few kilometers away.

Since the trek down D'Aguilar Peninsula is largely along a paved road that is on the flat side, I've since marked it down in my mind as a good warm -- or even hot -- day excursion; and this all the more so after a hike there during which visual treats were to be found along the way to as well as at Cape d'Aguilar itself... 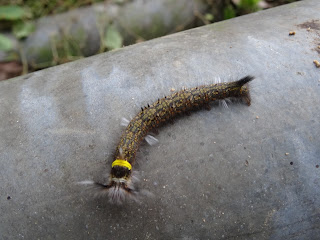 My first critter spotting of that day's hike :b 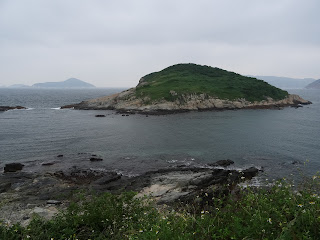 View of Kau Pei Chau and islands further to the south 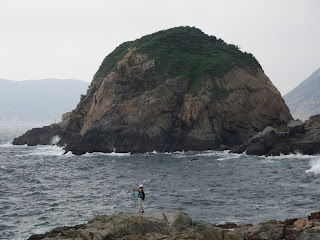 The same island looks so much higher
when viewed from a different angle :O 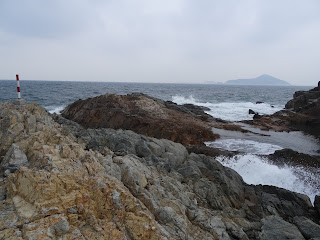 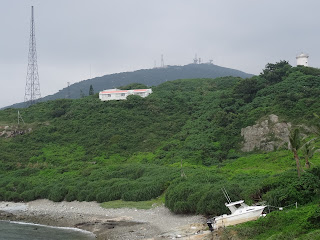 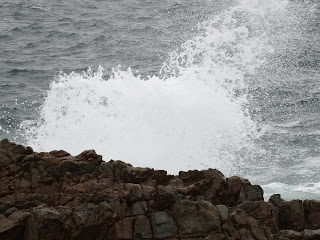 I really would not have cared to be in the rough waters
off this rugged, rocky section of coastline! 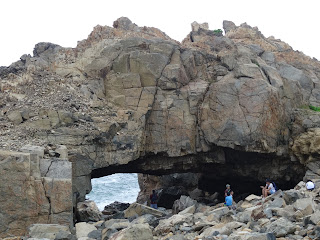 A popular photography spot at the cape 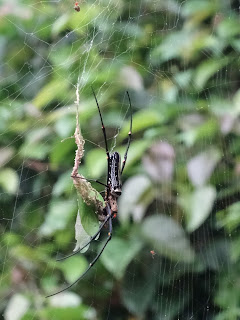 Large spider spotting on the way back to civilization ;b
Posted by YTSL at 11:07 PM

A memorable display of nature's sights that this island has to offer in just this one location. Rocks, the sea, resident critters, and the small figures of people. Second photo from the bottom: staring at it against the background ocean visible through the rock arch, it resembles the raised reliefs on a 3-D map. This local Hong Kong entry is every bit as good as your international travel blogs.

I'm glad to see appreciation for my local Hong Kong blog posts along with my international travel ones. Thank you! :)