Visitors to Hong Kong may think of Victoria Peak as being the most iconic of the territory's hills and mountains but for people who live here, Lion Rock is far more symbolically significant.  It's not for nothing, after all, that one of Hong Kong's most popular and emblematic Canto-pop songs is entitled Below the Lion Rock and that it's the anthem of a classic TV series about Hong Kongers with the same name.

So it really felt like a big deal to finally hike up to the top of this hill even though it's "just" 495 meters high.  And although there's less symbolic significance in also having gone up to 457-meter-high Beacon Hill on the same hike, it actually made for a pleasant as well as scenic Kowloon Hills excursion to go all the way there from the foot of Tsz Wan Shan via Sha Tin Pass... 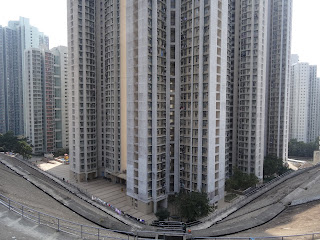 For the record: this hike really did begin close to
a bus stop and behind a high density housing estate! 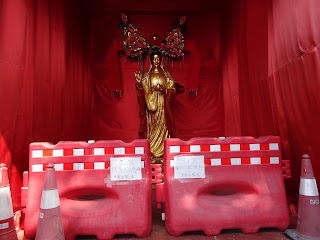 With construction not yet completed at Tsz Wan Shan
(Temple Hill)'s Kwun Yam (Goddess of Mercy) Temple, one thus
encounters sights like a holy statue behind construction barriers! 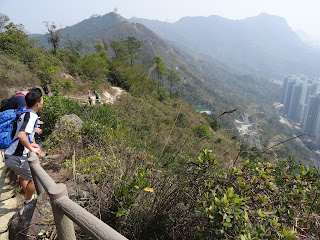 The upside of opting for this steep route is that one's soon up
in the hills and able to take in splendid views of the land below :) 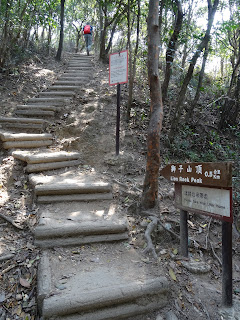 The climb up Lion's Rock is not for the faint hearted,
even along its clearly marked and most popular route :S 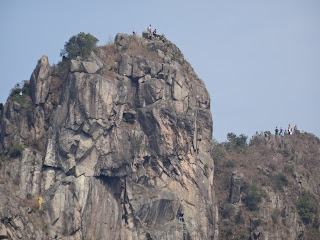 Still, many people do make it up to the very top
of this iconic Kowloon hill :) 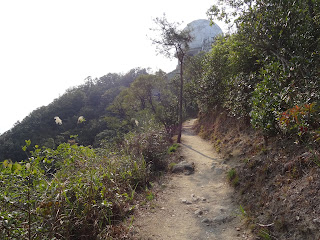 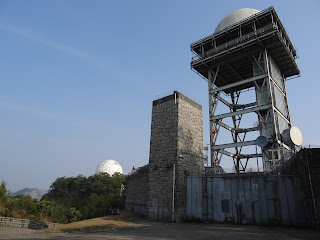 Beacon Hill may not have the iconic status of Lion Rock but I still
reckoned it was cool to finally get there and see what was up there :) 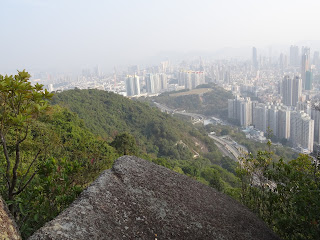 Things being what they are, the views from Beacon Hill
(and the rest of the Kowloon hills) frequently aren't as clear as
one would like -- but still reveal enough to be impressive
Posted by YTSL at 11:59 PM