On the seventh day of my recent Japan trip, I continued taking advantage of the excellent value JR East Nagano-Niigata Area Pass by embarking on a day trip to Mito.  Food-wise, the capital city of Ibaraki prefecture is known for natto (the fermented soybeans that many foreigners find repulsive), chestnuts (like at Obuse) and plums (which supplied the flavor for the serving of soft serve ice cream I had while there!).  But while I like all those things just fine, Mito's main attraction for me really was its Kairakuen; and not just because I figured that taking in some fresh air in beautiful green surroundings might be a good thing to do after my epic evening at Sasagin!

Constructed in 1842 on the orders of Tokugawa Nariaki, the then lord of the ruling Mito domain, Kairakuen is considered to be one of the three great gardens of Japan along with Kanazawa's Kenrokuen and Okayama's Korakuen.  If truth be told: I wouldn't rank Mito's Kairakuen among the top three most beautiful gardens I've visited in Japan; with Takamatsu's Ritsurin Koen and Yokohama's Sankeien as well as the Kenrokuen and Korakuen having blown me away more aesthetically.

But, then, I didn't visit in early spring, when the flowers of all 100 different types of plum trees grown at Kairakuen are in bloom.  And any time of the year, this 13-hectare attraction has few -- if any -- equals in terms of its sheer size.  Also, I do love that, unlike most of the other famous -- and even less famous -- gardens in Japan, there's no admission charge for what's still a pretty pleasant as well as spacious place to stroll around and take in some enjoyably scenic views out of season... 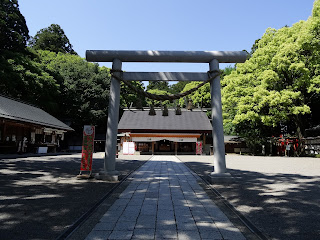 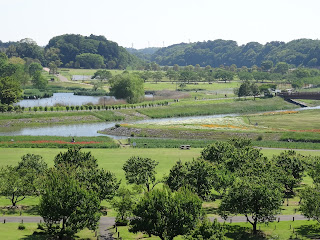 The view from the area of the Kairakuen accurately marked
on the map as "Grounds with a nice view" ;b 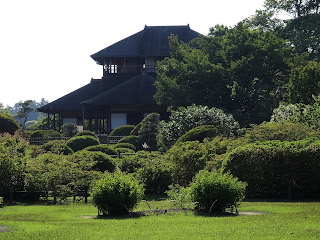 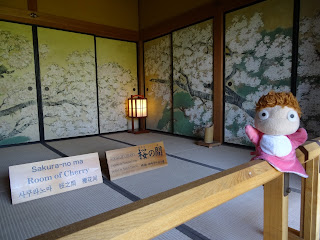 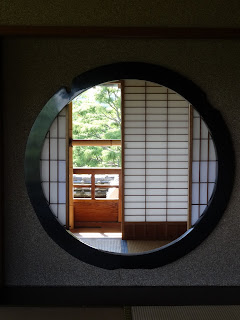 Completely burnt down as a result of an aerial attack
at the tail end of the Second World War, it was rebuilt
years later and looks glorious now 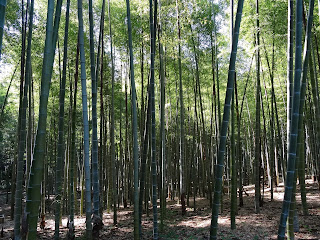 Within the vast expanse that's the Kairakuen

is an aesthetically impressive bamboo grove 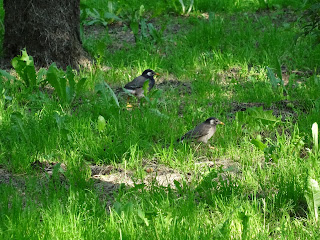 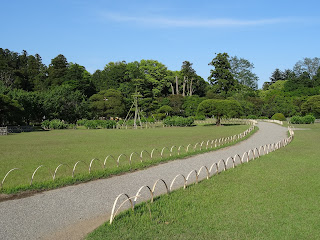 The Kairakuen may not be a traditional Japanese stroll garden
but it's still really pleasant to wander around nonetheless! :)
Posted by YTSL at 12:59 AM

I'm inclined to agree with you; except that I think their alternate name of "white-cheeked starlings" may be more suitable! :)

I am curious. The Black Collared Starlings in town are usually loud and noisy. Are those Grey Starlings noisy as well?

On the other hand, just saw a clip either from Animal Planet or National Geographic last week about Starlings. These birds are quite aggressive. The clip I saw was shot by a hidden camera in a hide with two female starlings fighting for the ownership of the hide. Those damn birds, they go for each other's eyes for the kill......

Yikes re the clip you saw of members of those species fighting! I don't recall the starlings I encountered in Mito being especially noisy. Actually, the only birds I remember being really noisy in Japan are crows, of which there often are plenty about, notably in the center of Tokyo!

If Crows\Ravens are concerned, they are in town too. There is a flock in the Aberdeen Reservoir area. I have seen a couple of these in Apleichau too. These highly intelligent birds like to look for meals in urban areas, but they are not as aggressive as those Seagulls in Australia or Southern California. I have seen seagulls dive for food laid out on picnic tables in Santa Monica beach.......

My daughter told me she was surrounded by a few seagulls when she was eating a doughnut while on trip while she was in Sydney last year......

Talking about hungry seagulls, you might have already heard\read of this one:

Yup, I've seen and heard crows in the Aberdeen Reservoir area. But there really don't seem to be as many crows in Hong Kong as in Japan -- thank goodness!

And hahaha re the seagull in that CNN piece! BTW, self promotion I know but I have to say that I do like the seagull pics I snapped when visiting Wolmido a couple of years ago...