The past couple of weeks or so has seen Hong Kong experiencing furnace-like heat.  Consequenly, even though the skies have been beautifully bright and visibility's been on the super high side, few people consider it to be an ideal time to go hiking -- and many folks reckon that those of those of us who continue to hike through the summer to be on somewhat certifiable!

Ironically, many of the same people who refuse to hike when it's super hot also won't venture into the country parks on cool but misty (though not actually super rainy) days.  But even though it can put a damper on my photo-taking activities, I've still been known to go out hiking on low visibility days; and as it so happened, the two friends with whom I trekked along a familiar trail that took us from Tsuen Kam Au on Route Twisk to Ho Pui one misty -- foggy, even -- afternoon were in agreement with me that it actually was a fun excursion, with the exercise we got and conversations we had along the way compensating for cool sights to spot being thinner on the ground than usual -- though still not completely missing -- that day! ;b 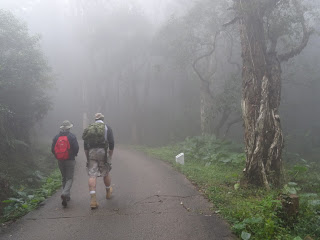 Would you venture into the woods on an afternoon
that looked like this? ;b 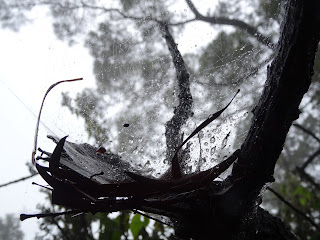 I guess it'd depend on whether you find sights
like this creepy -- scary even -- or cool... ;) 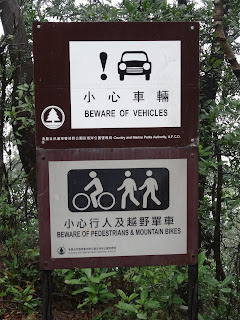 The country park authorities can seem like they're
trying to up the scare quotient but I think it's really just
that they mixed up "beware" with "be aware" there ;D 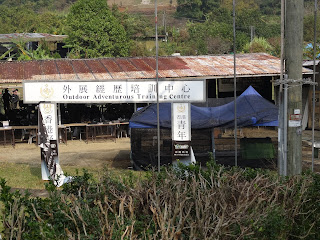 Also, when you hear what sound like gun shots while out
hiking in Hong Kong, it's most likely because you're close to
a war game center rather than anything genuinely worrisome! 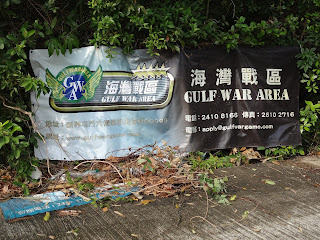 In this Gulf War area, the weapons of choice are
BB guns or paintball "markers"... ;b 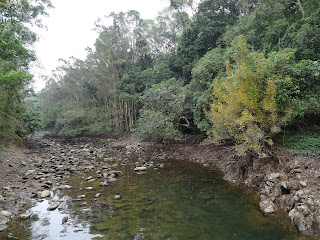 My group elected to hike on rather than "fight",
and enjoy peaceful spots in the country park like this 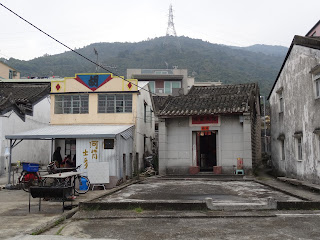 Hike's end at the village of Ho Pui (And no,
this time, we didn't go by the nearby reservoir) 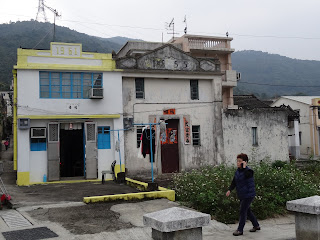 If there hadn't been dates on them, I'd have guessed that
these houses were older than they in fact are!
Posted by YTSL at 10:52 PM

Top photo shows how low visibility days can deliver a very atmospheric trek into nature. I can hear the muffled footfalls of the two hikers in front of you. The tree on the right could be out of a Gothic tale, with animistic forms alive on the tree...You captured a memorable hike

Bill, is that you? It seems to me like your prose... In any case, I'm glad you enjoyed this photo-essay. :)

Yes, the reply is mine. My laptop crashed for the second time this week, so I'm using a smartphone here. However, the only way my comment will go through is if I use anonymous. So, I'll use that until I get my laptop back up or learn how to use my smartphone better...

Oh dear re your laptop crashing again! In the meantime, I guess you could just identify yourself as Bill in the comments section itself. But, like I wrote before, your writing style's actually familiar to me now! :)