When I made my way by train to Hotaka, about all I knew about the quiet country town was that the country's -- and probably the world's -- largest wasabi farm could be found in its outskirts.  So when I stopped by at its Tourist Information Center, it was pretty much just to get a map of the area and find out how to get over to Daio Wasabi Farm.

But after the friendly staffer there told me about my visit to Hotaka happening to coincide with a festival that takes place only once every seven years at Hotaka Shrine and how there would be plenty to check out (including musical performances) going on throughout the day, I decided to stop by the area's main Shinto shrine after spending time over at the wasabi farm that is the town's most popular attraction by far.  In so doing, I was able to take in a wonderfully spirited drumming performance by a troupe consisting of men and women clad in period martial outfits, and a more cerebral sounding koto performance there as well as check out a series of historical dioramas erected in the shrine's grounds that were dramatic, fascinating and sometimes also downright amusing! ;b 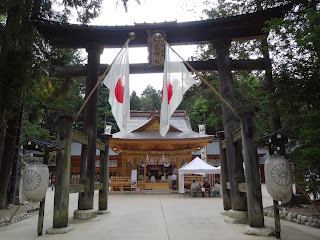 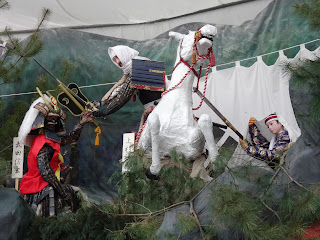 Every seven years, the Shikinen-sengu (renewal of buildings)
takes place, and a colorful matsuri (festival) is held in
the shrine's expansive grounds to celebrate this event 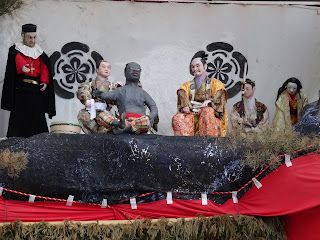 Among the more unexpected sights for me at the shrine was
a diorama that included figures of a white Christian and a black man! 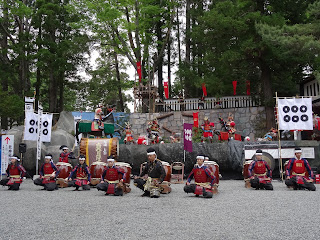 And imagine my surprise when, upon walking deeper into
the shrine grounds, I caught sight of these people in costumes
posing in front of another, larger diorama! 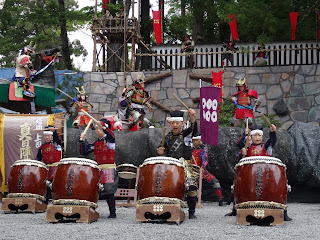 The highlight of my visit to Hotaka Shrine was the enthusiastic
drumming performance this troupe -- which not only had female
members but actually was primarily made up of women! -- put on :b 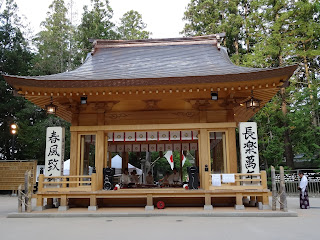 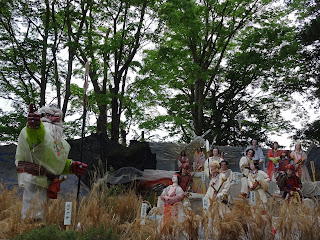 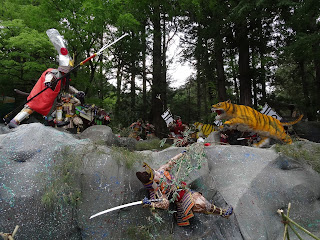 On the other hand, it's not at all difficult to figure out
what's supposed to be going on in other diorama depictions! ;b
Posted by YTSL at 11:59 PM