In my previous blog post, I wrote about eating sushi -- particularly uni sushi -- in Otaru.  Two other things I wanted to do on my visit to that Hokkaido port-city was to go along a canal cruise and a coastal cruise up to the Shukutsu area and back.

As luck would have it, the sea was considered too choppy that day for the coastal cruise to take place.  So my mother and I had to settle for "just" the scenic canal cruise as far as waterborne activities were concerned.

On a positive note though, the canal cruise -- and, frankly, just the time spent hanging around that picturesque section of Otaru -- turned out to be pretty cool, even if it turned out to be undertaken during the hottest part of our holiday (one when the temperature soared up to around 32 degrees Celsius (89.6 degrees Fahrenheit)).  And the following are some photos to prove it:- 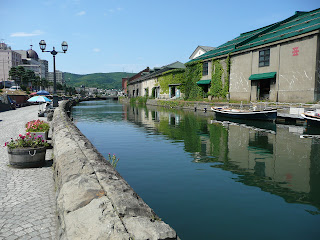 A view of the Otaru Canal that my mother and I
would cruise along just a short while later :) 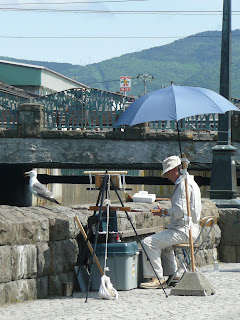 A seagull makes like it's happy to pose (or just plain
ignore?) a nearby artist seated by the canal 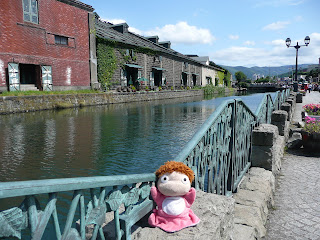 Puppet Ponyo couldn't resist getting into the picture! 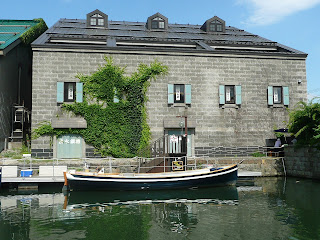 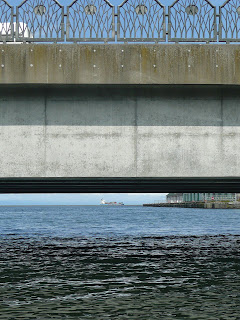 At one point during the cruise, we left the canal
and ventured into the open port area 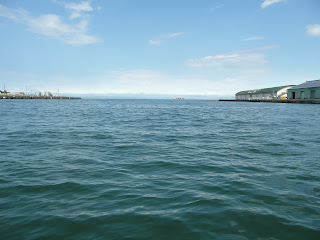 I have to say it felt a bit freaky to be looking out to
a large body of water while in that small, shallow boat... 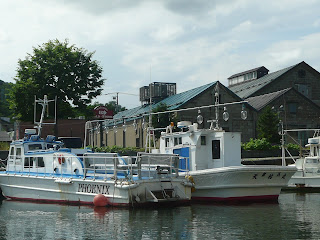 ..so it was a relief to head back to the canal, and interesting to
catch sight there of such as the small boats used for squid fishing
(identifiable by their row of lights that are used to attract the squid!) 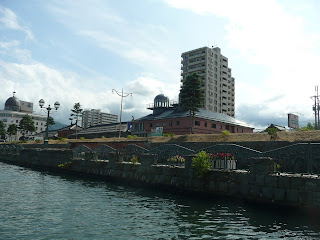 From the water, Otaru looks to have a nice blend indeed of
old and new buildings as well as working and tourist areas
Posted by YTSL at 11:14 PM

On a different topic: I see that Kick Ass 2 scores a 3 out of 10 from you, and wonder what you gave the first movie!

It was... and would have been even more so if the temperature had been a little lower that afternoon!

Re "Kick Ass 2": I've never seen the first movie. But if it had the same anti-Asian streak in it as "Kick-Ass 2", I won't care much for it either.

(And yes, it's the anti-Asian racism that I really was repulsed by. The violence in the movie is pretty tame by Hong Kong movie standards!)

Otaru canal and the port area certainly look like a pleasant and clean (as you would expect of the Japanese) place to visit. Happy- looking Ponyo-companion seems to agree.

Yes, Otaru in general was indeed pleasant and clean. I'd imagine it to be a very livable city -- albeit one that is quite a bit more tourist dependent than many other Japanese towns/cities I've visited...

Puppet Ponyo liked Otaru too -- but I think she was happiest in Furano, where a passer-by recognized her and said her name out loud! :b