A morning in Sapporo 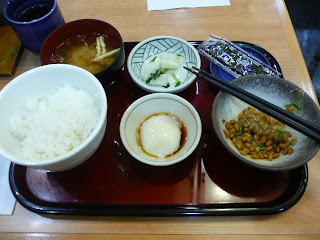 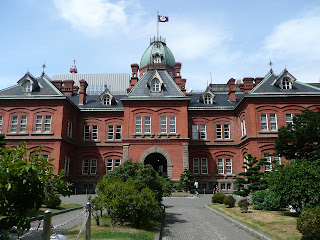 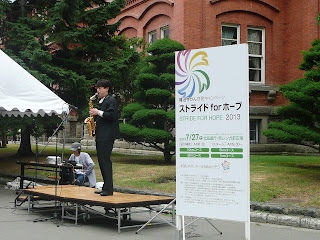 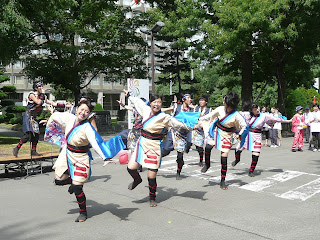 Finally, we get to my coverage of Day 5 of my Hokkaido trip that I took slightly less than a month ago now!  And Day 5 was when I discovered that I had wore out my travel companion  -- so that my mother decided to stay in our hotel room and rest a bit more in the morning while I went off and did a bit more exploring of Hokkaido's capital city.

First off, I went and looked around the area underneath Sapporo Station in search of breakfast -- and came across a good meal deal consisting of a bowl of rice, an onsen egg, natto, pickled vegetables, seaweed, a bowl of miso soup, and a cup of green tea for 380 Yen (~HK$30 or US$3.90).  (See?  Japan isn't all deathly expensive!  Truly!!)

Then I headed out for some sightseeing -- in particular, of the 19th century Hokkaido Former Government Building whose Western appearance can make for quite the surprise.  Known as Akarenga (Japanese for "Red Bricks"), its construction materials include 2.5 million red bricks laid out in French-style brickwork.  Designated a National Important Cultural Property in 1969, much of its interior is open to the public and home to various exhibits, including one room devoted to putting forth Japan's claims to the Kurii Islands currently administered by Russia.

In the grounds of the Hokkaido Former Government Building, I also came across some interesting goings-on.  From what I gather, that building's grounds had been where participants of the Stride for Hope charity walk to raise deadly cancer awareness had set off from that very morning.  But while the people taking part in the walk had long left, others remained to spread the word -- including a number of enthusiastic yukata-clad dancers and a be-suited jazz saxophonist who produced beautifully haunting tunes.

Upon reflecting on that morning in Sapporo, I was both bemused and amused by how western and eastern elements came together during it -- as in traditional Japanese style breakfast, Western style building, dancers who came across as quintessentially contemporary young Japanese, and a musician who, even while Japanese, favored instruments and tunes associated with the West! ;b
Posted by YTSL at 8:17 PM