Recently, a friend asked if I hike when it rains.  I told him that I draw my line at thunderstorms -- not least because I don't care to run the risk of being struck by lightning -- but I am okay hiking in a shower in the warmer months.

One reason for this is because there are times when there's rain here in Hong Kong but next to zero chance of lightning accompanied a downpour.  Also, Hong Kong is one of those parts of the world that sees showers that last for just a few minutes at a time before stopping completely. There additionally have been too many times to count and remember where it's rained before a hike (even while we're on a bus heading to the hike start) and then become dry by the way we get to the hike start.

Then there have been those days, like the one during which two other friends and I went along the Hong Kong Trail where we were soaked by the time we got to the end point of Section 6 (which, of course, also is the start of Section 7), we figured we might as well hike one other section -- only to make the bonus discovery that by the time we finished that second section, we were now so dry as to feel perfectly comfortable getting into an air-conditioned bus and then having dinner in an air-conditioned restaurant! ;b 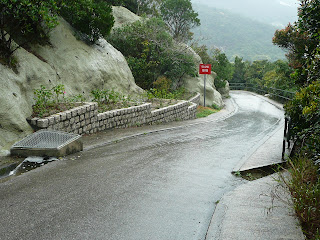 The heavens opened soon after we began our hike,
leading to the (paved) trail being on the wet side 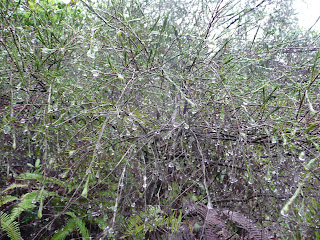 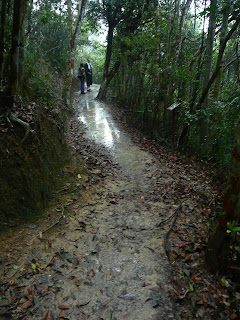 The hiking purists would not think this but when
faced with thickly muddy trails, I do sometimes
wish I were hiking on a paved trail instead! 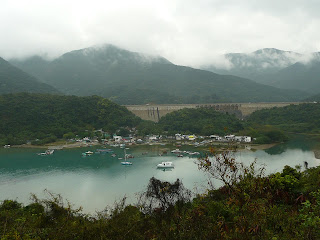 Either it stopped raining or we walked far enough away
from when it was raining, but it now was dry where we were! 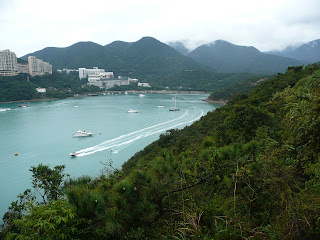 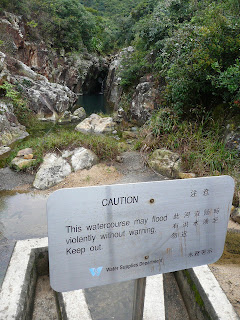 Considering how much water can suddenly pour
downstream along Hong Kong's hill streams,
I definitely would take that warning sign seriously 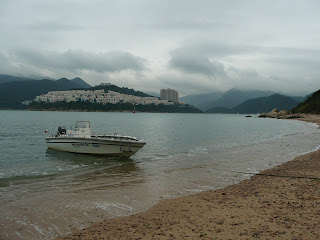 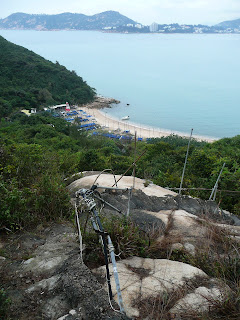 A view of that same beach from a few hundred feet up
(Note: one has to ascend 744 steps to reach
the hike's end up by the side of Shek O Road! :O)
Posted by YTSL at 8:14 PM