The 2017 Hong Kong International Film Festival which began back on April 11th drew to a close last night.  While I feel generally pretty happy at my viewing selection,  there's a part of me that does look forward to going out hiking again on free afternoons rather than spending time in darkened rooms watching movies.

Especially on dry weather days, I often feel drawn to the hills (to make a movie analogy, a la The Sound of Music's Maria).  And even when the sun's not fully out, I've often been able to get quite a bit of enjoyment out of venturing over to such as the Tai Lam Country Park out in northeastern Hong Kong and trying out sections of trail that I hadn't previously gone on, like yet one of the many trails that take one from the Tai Lam Forest Track down to Ho Pui irrigation reservoir and the village downhill from it, from where one can get on a green minibus to Yuen Long, where many good eats await! ;b 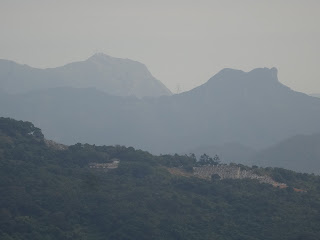 Yes, one can see Lion Rock and Kowloon Peak, not just
Tai Mo Shan, from the eastern section of Tai Lam Country Park! 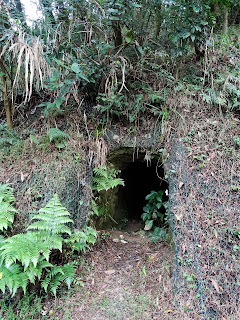 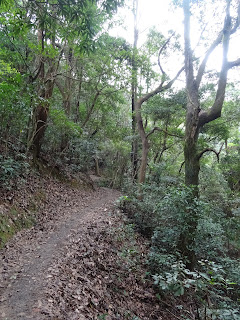 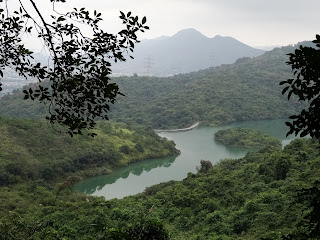 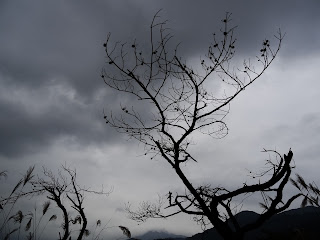 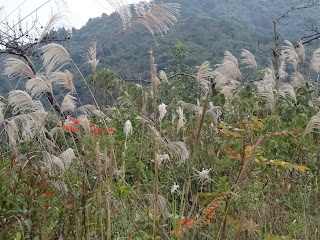 At other times though, the scene looked
less threatening and more idyllic! ;b 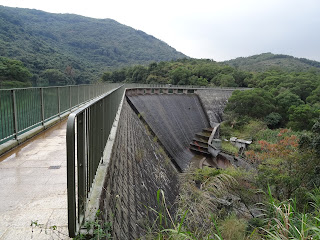 There's almost always a welcome breeze when you stand
atop the dam of Ho Pui's reservoir :) 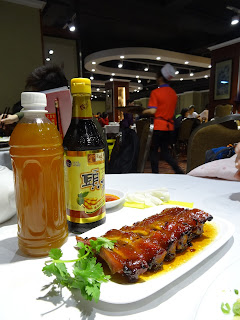 Toppings for Tai Wing Wah's famous lard claypot rice
stand next to a delicious dish of pork ribs with plum sauce
that was the highlight of the post-hike dinner :b