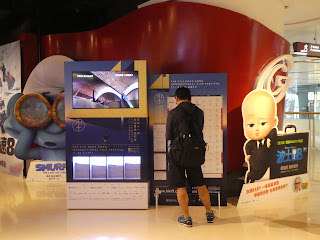 The commercial and arthouse meet at some
Hong Kong International Film Festival venues ;b


In the space of just five days, I've happened to see two films about real-life interracial couples.  The day before the 2017 Hong Kong International Film Festival began, I viewed Amma Asante's A United Kingdom, which tells the true story of Seretsa Khama and Ruth Williams in a moving but rather conventional way, at a local multiplex.  But while Jeff Nichols' Loving may well also get a regular theatrical run here in Hong Kong, this drama about a Virginia couple whose marriage would not be recognized by their state possesses a more unorthodox style that does seem to make it more suitable film festival fare.


In light of its subject matter, it'd be understandable if the movie had plenty of melodramatic scenes, tense moments and grand speechifying.  We're talking, after all, about a production which tells the true story of a Southern white man and non-white (sometimes identified as black, other times as Native American, and still other times as both) whose marriage's legality was debated all the way up to the Supreme Court.


However, Loving is a surprisingly quiet film whose understatedness sometimes threatens to emotionally underwhelm but lack of stillness also can provide certain otherwise mundane proceedings with a stately and atemporal monumentality.  Also rather contrarian is the movie showing that even while Jim Crow laws were on the books in much of the US at the time, there were places even the protagonists' home state of Virginia where white and non-white people were neighbors, worked side by side and socialized (with the unspoken idea being that poverty made them equal but that prejudices still remained, and were liable to rear its head even in (supposedly) friendly company).


Another unusual aspect of this offering is its choice of an Ethiopian-Irish actress and Australian actor in its lead roles.  Still, in the wake of British actor Chiwetel Ejiofor having starred in 12 Years a Slave (which also had an Oscar-winning turn by Kenyan actress Lupita Nyong'o) and Nigerian-British thespian David Oyelowo having portrayed Martin Luther King in Selma, perhaps it actually was only par for the course that someone like Ruth Negga would get the role of Mildred Jeter Loving and Joel Edgerton that of Richard Loving in this US-UK co-production -- and, also, that they would easily convince in those parts.


If truth be told, there are a few occasions in the film when director Jeff Nichols does appear too intent on playing with audience expectations before subverting them.  (I think particularly of a scene involving a rope being strung up on a tree that I thought stoked fears in too cheap a manner before dissolving to reveal, and revel in, innocent play.)  On the whole, however, the Arkansas filmmaker has fashioned a cinematic work that is hypnotizingly watchable and where a simple statement such as "Tell the judge I love my wife" can mean and stand for so very much.


At 76 minutes in length, Errol Morris' documentary portrait of photographer Elsa Dorfman, who took large-format Polaroid snaps of the well known and less so, is the shortest of the eight feature length works (seven of which have screened as part of the Hong Kong International Film Festival) I've viewed thus far this week.  It also feels the slightest, like the kind of modest work about a friend whose ideal audience actually would have been other friends of theirs.


Perhaps realizing this, The B-Side: Elsa Dorfman's Portrait Photography ends up having a significant chunk of it devoted to documenting its (main) subject's relationship with Beat writer-poet Allen Ginsberg and also has her recounting the evening when she photographed Bob Dylan.  Yet, the truth of the matter is that I found this work to be considerably more interesting when Elsa Dorfman talked about what led to her picking up a camera for the first time only as an adult and the stories behind a number of photographs she took of herself, her mother and also various strangers who paid to be photographed by her (and whose "B-Side" pictures, the photographs they rejected in favor of others, she kept even while they walked away with the "A-Side" shots).


Also interesting is Elsa Dorfman's discussion of the rise and fall of Polaroid Corporation which made some amazing products that the likes of her appeared to appreciate much more highly than its company executives.  It feels like there's an interesting story there waiting to be told but, alas, that cautionary tale still awaits to be told in another, more ambitious film.
My rating for this film: 6.5
Posted by YTSL at 2:19 PM