"Have you seen all of Hong Kong already?"  That was a question that a Penang friend posed to me before I had even completed my first month here in the Big Lychee.  Close to 10 years on, my answer remains as it was then: definitely not!  Indeed, last Saturday, I not only hiked along Hong Kong's "Great Wall" for the first time ever but I also set foot in a couple of villages in the northern section of the New Territories for the first time ever!

If truth be told, by the time we got to Ping Yeung, the group I was with was feeling too fatigued to be interested in properly looking about the village (which is home to at least one interesting looking temple).  On the other hand, I reckon we did a good job of exploring Ping Che, particularly the delightfully picturesque section designated as the Mural Village.

Our hike leader had described it as an artist's village and I had visions of a place filled with artist studios and arts workshops that would be the rural equivalent of Fotan.  Instead, what we found was a part of Hong Kong where creative souls had come together to paint on and beautifully decorate public pathways, walls of houses, benches and more in ways that have to be seen to be believed.  Hence the following photo-essay:- 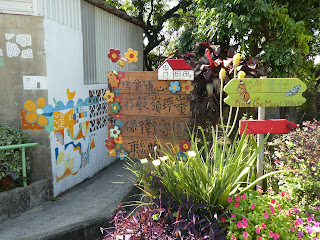 Walk along the narrow path and have your mind blown! ;b 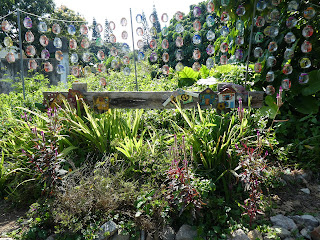 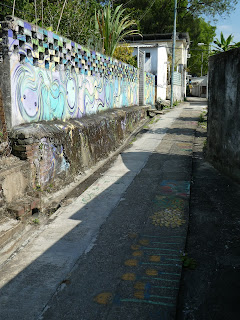 The further you go, the more you see, and
the wider will be the smile on your face :) 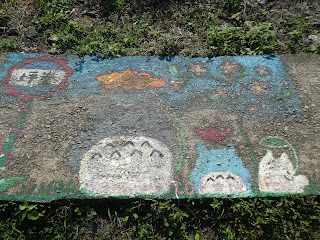 The paint is fading but fans of My Neighbor Totoro
still will be able to easily figure out what's depicted here :b 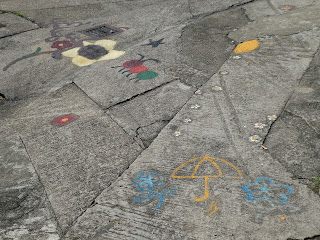 Why am I not surprised to see a yellow umbrella and companion
flowers among the images at Ping Che Mural Village? ;) 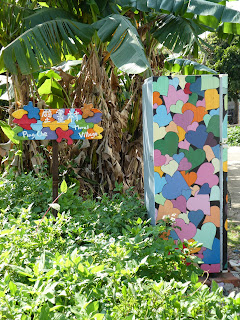 A colorful sign and heart-emblazoned fridge-turned-storage
unit where pens and paper can be found for writing
messages or unleashing your own creative inclinations :b 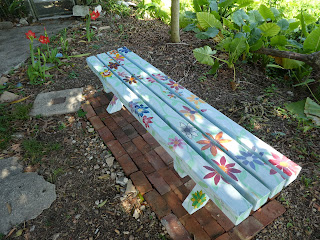 A bench so beautifully decorated that I was afraid to sit on it! 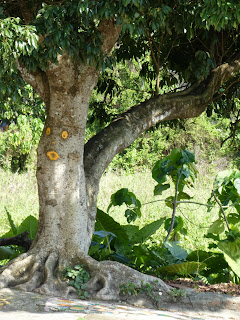 An enchanted tree for an enchanting village? :)
Posted by YTSL at 11:52 PM

Very creative and enchanting. I enjoyed the sights.