Peace in the country park but unrest just outside its borders? (Photo-essay)

Years ago, while hiking with two friends in Pat Sin Leng Country Park, our three pairs of eyes were unable to spot a couple of turn-offs.  Consequently, we ended up going to Sha Lo Tung for the first time ever.  On that occasion (and a subsequent one), the village appeared abandoned.  But on another visit, there were signs of human as well as other animal and plant life in the area that's actually outside the borders of the country park but bordered by it and declared a Site of Special Scientific Interest because of its rich biodiversity and historical value.

Still, nothing prepared me to see plowed fields around the village where there previously had been land that looked to not have been disturbed by human hands for decades on my most recent visit to Sha Lo Tung.  In addition, there were handwritten signs all over the village that, frankly, looked quite disturbing and smacked of communal strife.

To say the least, all of this was a marked contrast to the bucolic feel of much of the other sections of countryside that we passed through on that particular hike that took us from Lau Shui Heung (and its irrigation reservoir) down to the green minibus stop that lies just south of Fung Yuen Butterfly Reserve.  And, among other things, it's left me treasuring all the more Hong Kong's country parks and the opportunities their existence gives people like me to commune with nature in surroundings that really are beautiful and can make one (at least temporarily) feel at peace... 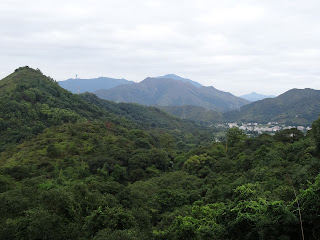 There really are large swathes of Hong Kong that
have more trees on them than buildings :b 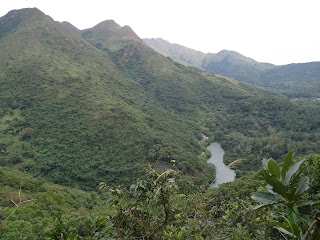 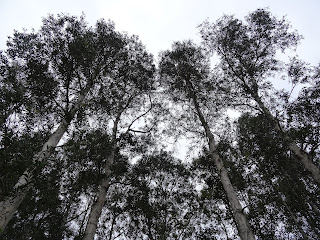 Also towering above my hiking pal and I were
many of the trees in the area :b 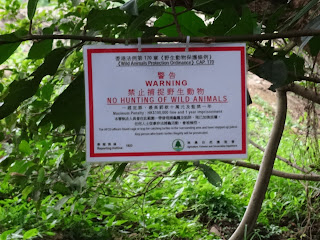 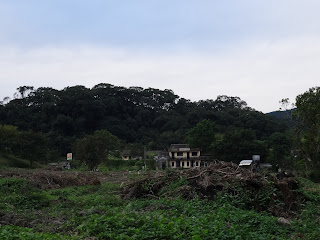 A scene that struck me as rather disquieting... 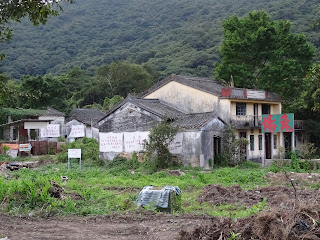 ...and the signs with red characters seemed to spell trouble :S 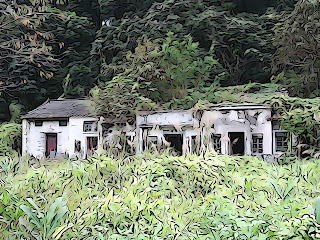 In truth, this time around, I found the images produced using
an "illustration effect" more visually pleasing than the reality

Also, it actually felt like a relief to leave Sha Lo Tung, with the scenic
views that unfolded as we made our way downhill to Fung Yuen
going some way to restoring our spirits before the hike's end
Posted by YTSL at 11:07 PM

The places untouched by man are increasingly rare and appealing. Actually all of these shots were beautiful to me.

I'm not completely sure how many places there are in Hong Kong that are untouched by man. But what I find intriguing and often enchanting too are the places that have been reclaimed by nature, and sometimes in shorter periods of time than one might think or expect!