What with my having spent so much time lately in darkened venues viewing movies at the 2016 Hong Kong International Film Festival and there having been so many foggy and rainy days in the Big Lychee in the past few weeks, I reckon that we need a reminder of what Hong Kong looks like on a day with bright blue skies and sunshine.  So here's offering up a photo-essay featuring snaps I took while exploring Lamma Island one hot but beautifully clear day sometime back that show how colorful this part of the world can be for at least some parts of the year! ;b 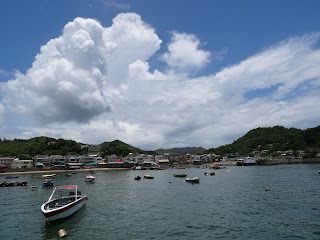 View of Yung Shue Wan (village and bay) from the ferry 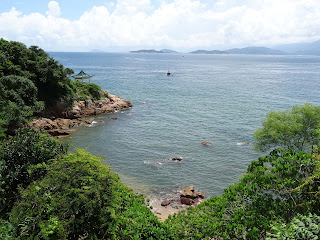 While everyone else walked to the right upon leaving the ferry pier,
my friend and I turned left and suddenly found ourselves
in tranquil as well as green surroundings 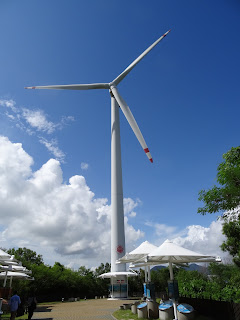 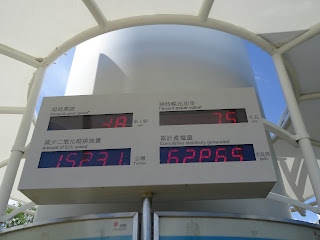 Even though it didn't seem all that windy that day,
quite a bit of electricity was still being generated by that device 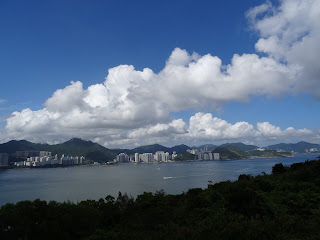 View from northern Lamma of the southwestern sections of
Hong Kong Island, including Wah Fu and Ap Lei Chau 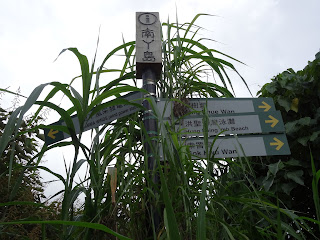 Seeing this sign partly obscured by overgrowth, I got the feeling
that not too many people ventured along the trail we were on! 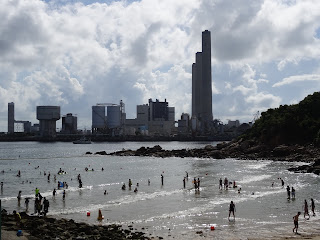 Once we got on the northern section of the Lamma Island Family Walk,
we saw far more folks -- out hiking, and frolicking in the waters off
Hung Shing Yeh Beach (which, yes, has a big power station close by!) 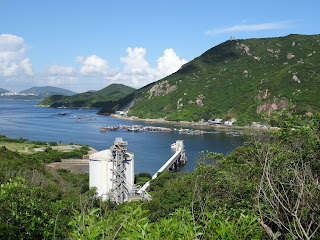 The Far East Cement Company ceased operations in 2001 but
its cement terminal still dominates the landscape of Sok Kwu Wan,
where we had dinner and then boarded the boat home afterwards :)
Posted by YTSL at 10:19 PM

It's been a while since you last commented on this blog! Good to "hear" from you again -- and that you find this photo-essay to your liking. :)

Thoroughly enjoyed your photo essay. Really like the first photo of Yung Shue Wan with the big clouds overhead. Also the photo of the directional signs with the vegetation growing over it is wonderful. The power station in the background with the back lit people in the water is striking.

I'm glad you enjoyed my photo-essay -- and amused that among the photos you singled out for comment was the one of the directional signs. ;b