Whenever I've gone up Mount Parker (be it on a cloudy or sunny day), I've found that the crowds of hikers and general fitness enthusiasts going up Mount Parker Road melt away at Quarry Gap (aka Tai Fung Au).  While super serious hikers scoff at this trail for being entirely paved, more casual hikers are liable to be put off going pretty much all the way up it by Mount Parker being, at 532 meters high, the second highest hill on Hong Kong Island after Victoria Peak.

For my part, I'm a fan of Mount Parker -- not only for the gorgeous views to be had from near the top of it on a high visibility day but, also, because the higher sections of this hill look to be home to many interesting living creatures.  Consequently, hikes up it are -- like so many others here in Hong Kong -- ones where I often find myself scanning nearby areas for cool critter spottings as well enjoying scenic views of the eastern part of the Big Lychee... ;b 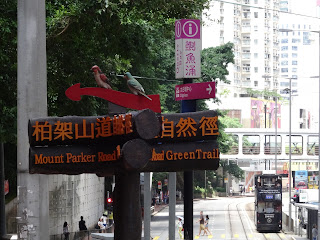 The birds on the sign on King's Road for Mount Parker Road
and the associated Green Trail may be fake but not the many other
creatures spotted up the hill later on the hike! 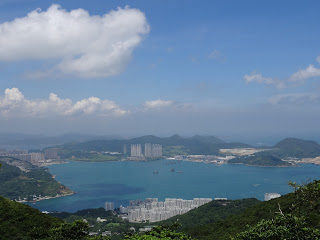 Click on the above photo to get an enlarged panoramic view from
atop Mount Parker that was taken on a super high visibility day :) 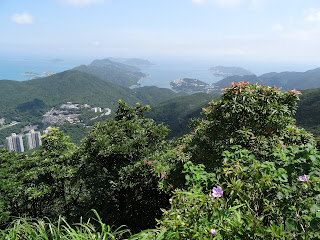 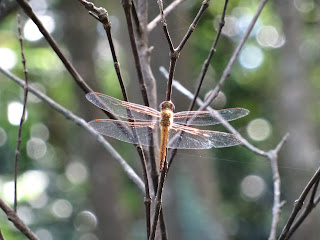 Even with the view bonanza, I still liked that I managed
to spot this beautiful gold dragonfly, and snap a photo of it :) 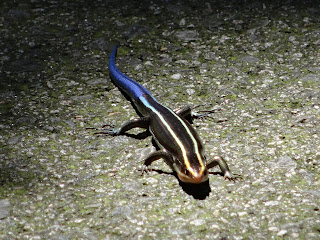 And how about this blue-tailed skink spotted on
the upper reaches of Mount Parker Road? ;b 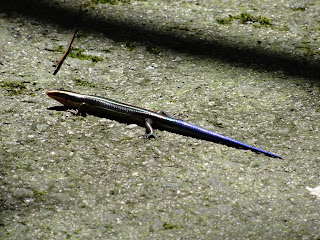 Blue-tailed skinks are supposed to be uncommon on
Hong Kong Island but I spotted four of them on this one hike! :O 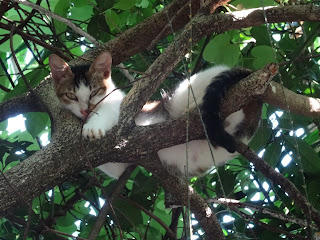 Meanwhile, down on the lower reaches of Mount Parker,
stray cats predominate -- and seem to
attract fans who regularly feed them!
Posted by YTSL at 10:21 PM