The very first time I visited Mui Wo, it was years before I moved to Hong Kong -- and I only went there to catch a bus up to Ngong Ping to see the Big Buddha.  Little did I know then of the charm that greater Mui Wo possesses -- and also that it's the starting and end point for various cool hiking trails, including ones that lead to or from Discovery Bay (either via Lo Fu Tau or the Trappist Monastery), Sunset Peak (via Pak Kung Au), the South Lantau Country Trail (ditto!), Tai Ho Wan (via A Po Long), and Pui O (either via a coastal route or a hillier section of the Lantau Trail).

Because of the delicious offerings available at more than one Mui Wo eatery, I usually prefer to end a hike in that coastal Lantau town rather than start off from there: with one exception.  As it so happens though, the nine kilometer length Section 12 of the Lantau Trail really is significantly easier when done in reverse due to there being lots of steep steps leading up from near Shap Long Kau Tsuen.  Am every time I see them, I'm so glad I'm actually walking down rather than up them; this particularly since in recent years, I tend to earmark this particular trail to go on in the hot and humid summer months! ;b 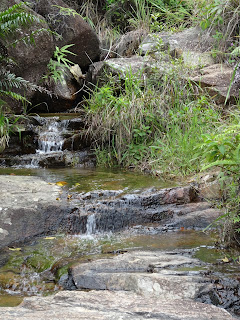 A full hill stream can sound as well as look cool :) 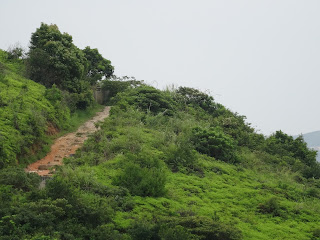 The afternoon that two friends and I went on this trail, the sky
was a hazy gray but the vegetation was a rich green 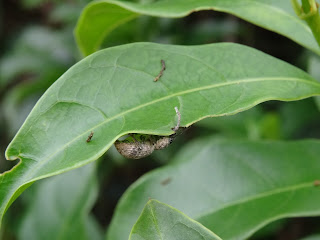 I'm almost always rewarded with sightingss of
interesting critters on this particular hiking trail :b 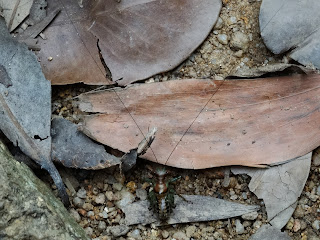 This intriguing bug resembles a beetle from the back... 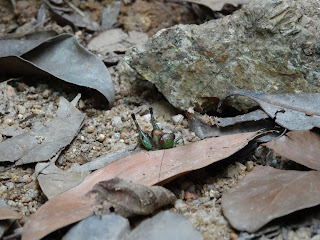 ...but a grasshopper from the front! :O 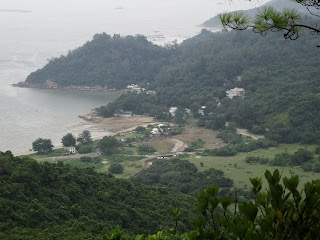 The kind of out of the way place I love seeing and passing by
but must admit to never wanting to stay in ;S 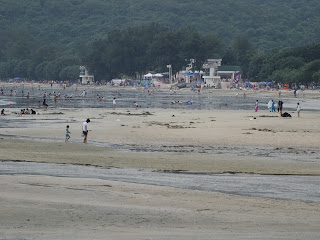 At the same time, Pui O beach that afternoon was
far too crowded to be a place that I'd like to hang out at 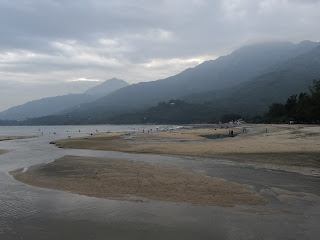 Instead, I was far happier to keep my distance and go hiking
on a scenic trail which few people still actually opt to
venture along -- at least on hot and humid days... ;)
Posted by YTSL at 10:40 PM