A by-the-numbers look at my 2018 movie viewing year 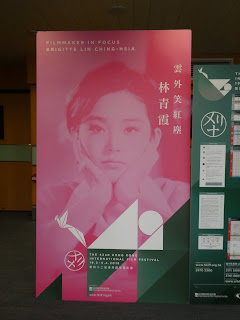 I viewed a number of movies starring my favorite actress
in the whole wide world on a big screen in 2018! :) 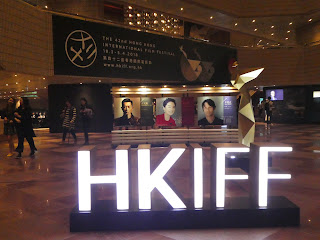 I also viewed quite a few films at the Hong Kong
International Film Festival last year :b


Three days ago, I brought my 2018 film viewing to a close after attending a screening of Yuen Wo Ping's Master Z: The Ip Man Legacy.  Today, I began my 2019 movie viewing account with a screening of Lee Chang Dong's Burning and already have got a ticket for my second film screening of the new year.  (For those who're wondering, it's for Alfonso Cuaron's Roma.)


So I figure I had better go ahead this evening and take my now annual by-the-numbers look at my past movie viewing year; one which saw my love for movies get rekindled, as evidenced by an increase in the number of films I enjoyed viewing even more so than the increase in the number of films I viewed from the previous year (even while still not quite being at the level of the likes of 2016, 2015, 2014 (over the course of which I viewed 204 films for the first time!), 2013 (during which I viewed 211 feature films for the first time!!), 2012, 2011, 2010, 2009, 2008, 2007 and all the way back to 2006 even if one were to include repeat viewings I made, including of that perfect 10 of a film for me that is Hirokazu Kore-eda's Our Little Sister)...


0 -- The number of 3D films I viewed last year (Remember when this was supposed to become the norm?!)


4 -- The number of movies starring Brigitte Lin Ching Hsia I viewed in 2018, all of them viewed on a big screen (For the record, they were Cloud of Romance, Peking Opera Blues, Swordsman II and Red Dust, and I had viewed all of them before -- in some cases, more than 50 times ;S)


7 -- The total number of feature films directed by a woman that I viewed last year (including three from Hong Kong; and this despite Ann Hui not having made a film in 2018!)

1932 -- The original year of release of Struggling, the oldest non-Hong Kong film I viewed last year

1987 -- The original year of release of It's a Mad, Mad, Mad World!, the oldest Hong Kong film I viewed last year

So judging by your figures and scores, it was a pretty good year for Hong Kong films after all.

Do you agree that it was a good year for HK cinema, and do you think that 2019 will be even better (which I do)?

There are some who don't think 2018 was a good year for Hong Kong cinema since the total number of films made last year remained at 53 like 2017 and there wasn't a single Hong Kong film in the local box office top ten. But it's also true that I viewed and enjoyed more Hong Kong movies in 2018 than I did the previous year, and I am hopeful that 2019 will be a good year since there already are a few 2019 releases announced that I'm interested in checking out, including Chinese New Year movies directed by Pang Ho Cheung and Stephen Chow. :)