A by-the-numbers look at my 2006 movie viewing year 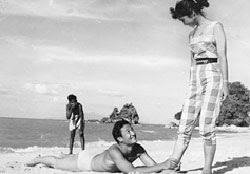 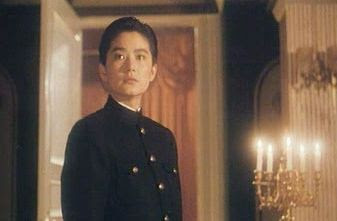 The woman who remains my favorite actress
-- despite her not having appeared in a movie
for some 12 years now
0 -- The number of "new" (i.e., never previously viewed) Brigitte Lin Ching-Hsia movies which I viewed in 2006. :(

2 -- The total number of movies produced by Celestial Pictures which I viewed this year. (And should anyone wonder, they were the less heralded Stowaway (2001) along with the much more heralded Perhaps Love (2005).)

2 -- The number of movies with Brigitte Lin Ching-Hsia in the cast which I managed to view on the big screen in 2006. (For the record, both Police Story (1985) and Zu: Warriors from the Magic Mountain (1983) screened at this year's Hong Kong International Film Festival.)

7 -- The total number of Malaysian movies (feature-length and short films) which I viewed this year.

8 -- The number of Hong Kong movies viewed in 2006 which were sequels or spawned sequels. (Some examples: Visible Secret 2, Long Arm of the Law III and The Eye 10.)

16 -- The number of different territories whose films I viewed this year.

52 -- The number of movies (mainly feature-length offerings but also including a few short films) viewed on the big screen -- or, at least, DVD projection (as opposed to a TV screen) -- this year. (N.B. This number doesn't contain re-watches!)

64 -- The number of movies which have Brigitte Lin Ching-Hsia in their cast that I've viewed to date. (And should you wonder, she's credited in Akiko Tetsuya's authoritative The Last Star of the East: Brigitte Lin Ching Hsia and Her Films as having appeared in 101 films altogether.)

102 -- The total number of Hong Kong movies I viewed this year.

107 -- The total number of Shaw Brothers productions which I've viewed since their re-release by Celestial Pictures.

174 -- The total number of feature-length films I viewed for the first time in 2006. (A number which, incidentally, I know is down from last year.)

1950 -- The original release date of Liu Hulan, a propaganda-type movie from Mainland China about a real-life Communist martyr killed by members of the Kuomintang when she was but 15 years of age which happens to be the oldest movie I viewed this year.

1957 -- The original release date of Moon Over Malaya, the Kong Ngee production starring Patrick Tse Yin, Nam Hung and Patsy Kar Ling which is the oldest Hong Kong movie I viewed in 2006.
n.k. (not known) -- The number of films which I re-watched in 2006 (but I'm thinking that the total's pretty high; and, yeah, you can bet that a lot of them star Brigitte Lin Ching-Hsia...!). ;)

Goodness, you've been busy. :) Well, my own film watching is way down from previous years and since it's hard to get HK films in Cantonese in S'pore, my HK film viewing is way down. I can probably match you on the number of hours of TVB series I've seen in 2006, although that is also down from previous years. What's up is my anime viewing and also been watching more tv series from England.

Anyway, here's wishing you a Happy New Year and may 2007 bring you more fabulous films and silverware for Arsenal. =)

Wow! That's a whole lot of movies. I haven't counted my own recent viewings, but they are certainly much more heavily weighted to the re-watched category. That sounds like a fun task to tabulate them. (But I think I may have only seen 2 movies in the theater this year! At I know it's only been 2 since my daughter was born in February...)

Are the 37 Brigitte movies you haven't seen not available and/or early ones?

Do you keep a record of movies you watch, how/where you watch them and do you jot down notes (even ones you don't intend to review) after viewing them?

Do you save movie stubbs and other than books, Totoro and Hello Kitty what types of movie items do you collect?

Before anything else -- Happy new year, everyone! :)

Don't know about being busy but I've calculated that I view an average of 3.3 movies per week. When broken down that way, that's not all that many hours spent watching movies, right? ;)

At the same time, I've fought hard to not be sucked into the world of TV series (TVB, Korean, anime or otherwise) and have generally succeeded; with the one major exception for me being "24", the American series starring Kiefer Sutherland...

A friend of mine once told me that her life didn't change much after she got married but changed radically after she had a child. Is this similar for you? I'd imagine so -- at the minimum with regards to going to the cinema!

Still, at least you still have some opportunities to (re-)watch movies. So all's not lost for you as a movie viewer!

Many of the 37 remaining Brigitte movies are indeed unavailable, especially with English subtitles. (*Sob* re these including intriguingly entitled works like "Woman Reporter" and "Tomorrow I'm 20".) But there are a few movies which I'm saving for a rainy day -- e.g., "Semi-gods and Semi-devils", which is out on DVD, etc.

And yes, I keep a record of the movies I watch (and have done so since c. 1997-98) and a few lines of notes re each of them. I used to save movie stubbs but many of the computer generated ones fade quickly.

As for other movie-related collections: Apart from videos, it's mostly books about movies and festival programs/catalogs but I also have my Totoro collection, some photos (including lobby cards for "Peking Opera Blues") and a few odds and ends (the last of which include an "Infernal Affairs III" mug which I use to drink my coffee in each morning!). :)

Whoa, so many HK films! And you got to watch Exiled too, lucky you! But yeah, I do feel that 2006 was a decent year for HK films (quality, not in terms of box-office receipts), some of those surprise gems like I'll Call You and 2 Becomes 1 just, well, lingered. And Moonlight in Tokyo, which I watched just a few days ago was soooo moving!

BTW: Happy new year to you too.

Just come across this, from your post on the Guardian site. Excellent blog. Will return. Happy New Year!