It's been more than two months since I was on Jeju; so I really should wrap up my series of posts about my visit to that South Korean island where I got to see a lot of truly scenic sights and eat a lot of wonderful food.  But since I still have a number of photos from the trip which my mother and one of my friends -- both of whom are major Korean drama fans -- had proposed that we (along with one other friend and Puppet Ponyo) go on together, here's sharing this photo-essay that, together with my other Jeju posts, will undoubtedly evoke happy memories when I look at them later on... :) 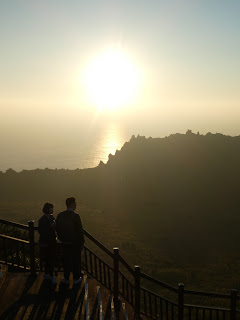 Admiring the sunrise at Seongsan Ilchulbong 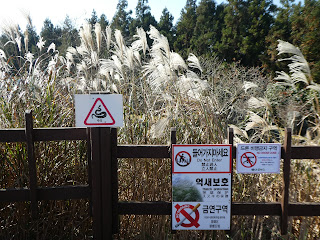 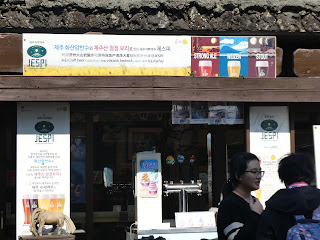 Yes, I did try some local craft beer while on Jeju ;b 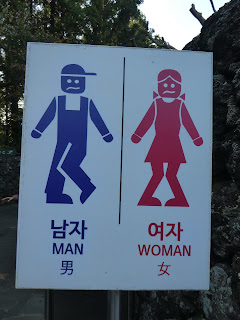 I am happy to report that I never was in such a state
when looking for toilet facilities on Jeju! :D 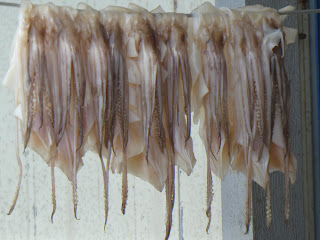 Drying squid that will be snacks before too long! 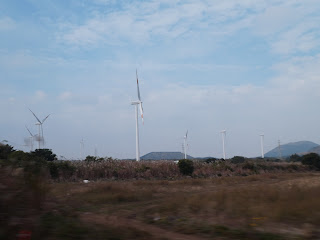 I saw a lot of windmills on the island 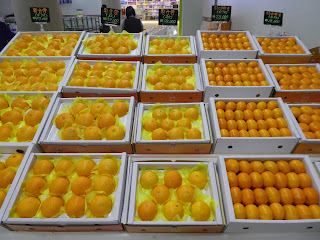 I also saw lots of orange trees on Jeju and oranges
for sale -- some for pretty high prices! 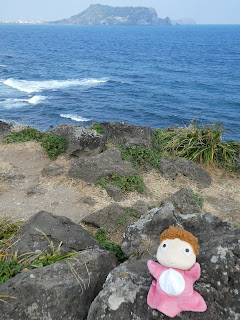 One last photo of Puppet Ponyo
on a cliff by the sea on Jeju :)
Posted by YTSL at 11:36 PM

Your Jeju experiences recorded during the day and night, contain some of your best travel entries: a memorable portrait of an island, complete with rocks, ocean and women of the sea.

It's fitting that the bottom photo of your faithful travel companion, Ponyo, concludes your sojourn. In this pose against the backdrop of a rock mass, I think Ponyo expresses the eternal mixture of the sadness of departure and the precious memories we carry within us. I suspect that in your family line is a strong motivation to travel because you really do a memorable job of recording a traveler's memories.

I'm glad you've enjoyed my Jeju blog posts -- and, as always, appreciate Puppet Ponyo's presence in my photos and are moved to wax lyrical about my faithful travelling companion! :)