A by-the-numbers look at my 2012 movie viewing year 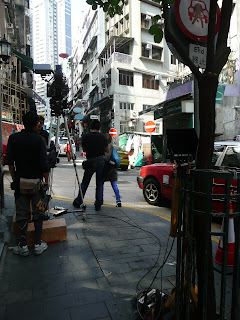 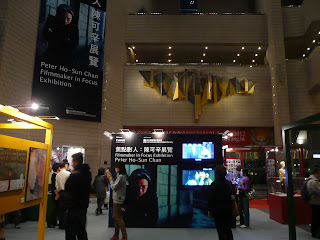 For those who enjoyed checking out my previous by-the-numbers looks at past movie viewing years -- that began with one for 2006 and has continued with equivalent posts for 2007, 2008, 2009, 2010 and 2011 available to check out (including by way of clicking on the provided links), here's confirming that I am happy to present the seventh edition of the series... :)

1 too -- The number of movie screenings I attended at which the same Brigitte Lin Ching-Hsia also was present!

5 as well -- The number of films directed by King Hu that I viewed at the Hong Kong Film Archive in 2012 (i.e., The Valiant Ones, Dragon Inn, The Fate of Lee Khan, Raining in the Mountain and The Juvenizer), thanks in large part to its Zen and Sense in King Hu's Films special program

8 -- The number of animated movies I viewed last year

1946 -- The year that Germany's Murderers Among Us, the oldest film I viewed last year, was first released

I envy that King Hu event...I have never seen The Fate of Lee Khan. Do I have to come to HK to do that?

Actually, the first time I viewed "The Fate of Lee Khan" was at The Screening Room in New York. (This re-watch at the HK Film Archive was a darn sight better experience though -- with a more respectful audience and a larger screen. :b)

What did you think of THE GUILLOTINES and how did it do in HK? From what I gather, these big period films seem to do little local business these days.

I refer you to a late December post re my thoughts re The Guillotines:-
http://webs-of-significance.blogspot.hk/2013/01/hong-kong-movies-now-showing-and-coming.html

Re how it's doing in Hong Kong: not too well -- but less so because it's a big period film than because of complaints that there's not enough action in it. (It also doesn't help that it's in Putonghua rather than Cantonese...)

wow, on average 2 moves a week. been such a long time since i last did that :p ho.

Actually... the average the past few months has been more like 4 movies a week... and yes, I do find it somewhat excessive... but ah well re how it goes! ;b